2015 was a year fueled almost entirely by nostalgia, as old franchises were resurrected and high profile ‘original’ movies were rooted in styles of the past. I have to admit, there were a lot of exciting releases: “The Avengers 2“, “Jurassic World“, “Star Wars: The Force Awakens“, “Spectre” and “The Ridiculous Six” (kidding!), among many others. But more often that not, the hype and expectations ended up dropping the soap in the showers and we were gullible enough to bend over to retrieve it (every time!!!). That is not to say that these weren’t enjoyable experiences- okay, I better stop this analogy right now, but ‘could’ve been better’ would’ve made excellent tag lines to the majority of the major releases. Of course, I’m sure some of you are rolling your eyes and mumbling that REAL movies deserving of my time would be high brow art pieces such as “Anomalisa“, “The Revenant” and “Pixels” (kidding!). I’ll likely get to those once they come out on DVD, but my tastes usually demand children eaten by jack-in-the-box monsters, which I doubt “Sicario” contains (I was originally going to use “Spotlight” for this joke, but that actually might contain such things). Maybe I should start pursuing the critical darlings though, as my lists of personal favorites seems to be shrinking on a yearly basis. The Hollywood model for grabbing my attention seems to be growing stale, although the last Oscar bait experiment was “In the Heart of the Sea” and that was pretty boring. Nevertheless, at least the middle ground of 2015 was stellar and I got some level of enjoyment almost every week I went to the movies. Furthermore, the bad movies weren’t…well, “Left Behind” or “No Good Deed” and that is always a plus.  Maybe 2015 was a better year than 2014, but I’m wary of its desire to live in the past. Nostalgia can be a pleasant thing, but when the entirety of “Jurassic World” is designed to remind us of the cool parts from “Jurassic Park“, then you are doing something wrong. Yes, those were some cool memories, NOW MAKE YOUR OWN!

But when Harkins Theaters has a screening of “Jaws“, if only for a single night, then you are doing something right. That was easily the best cinematic experience of the year, easily deserving the #1 spot. While I wasn’t enthusiastic enough for the following films to make my official list, special mentions go to: “The Hunger Games: Mockingjay- Part 2” (the only one in this series to have an emotional impact on me), “Krampus” (fit my children eating jack-in-the-box monster quota), “Dragonball Z: Resurrection ‘F’” (my inner fanboy got very giddy) and “Star Wars: The Force Awakens” (lots of fun!). They made the right connections with me, but simply fell short of being among the best of my favorites. One that was incredibly close to birthing my children was “True Story“. I was reluctant to include it in my list, simply because the flick was not well received by anyone except me and I do worry that you will lose some respect for the guy who openly professes his love for the Carnosaur trilogy. Something about the leisurely pace and dialogue (in “True Story“, not “Carnosaur“) resonated with me. I was intrigued by the characters and wondered what they would do next. I ultimately chose to exclude this from my official list though, as I eventually decided that if I was debating (with myself) over the issue, then it probably wasn’t deserving (Unlike “Carnosaur“). These movies should clue you into my standards though, so I always emphasize that this is my list of ‘favorite movies’, not necessarily the best ones.

Note: In some cases, the lines between 2014-2015-2016 can be blurred based on limited and wide releases. I usually go with wide, but it really depends on when I see it. 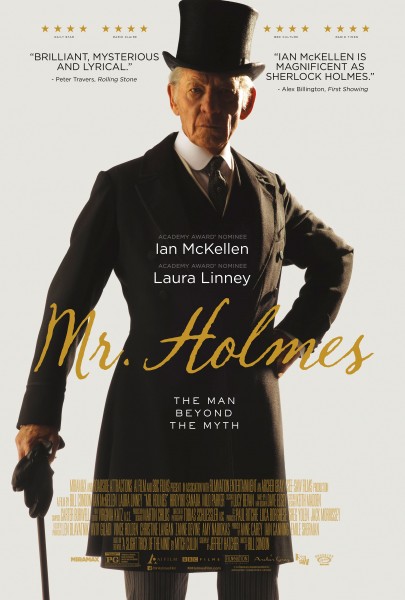 8) Mr. Holmes– At first, I had a healthy respect for this movie for its exceptional technical merits- the acting and cinematography. Yet I was disappointed as part of me desired a stronger mystery, even though the film itself wanted to be more of a drama. Nevertheless, the more I thought about it, the more I realized that I was moved by the drama. I liked how the brilliance of Sherlock Holmes had consequences and it’s depressing seeing this brilliant man begin to lose his mental faculties. We don’t see this side of Holmes often, but this story allowed the character to be fleshed out in such a profound way and I loved how he develops over the course of the film. I sniffled…and then I went to Taco Bell.

7) The Avengers 2: Age of Ultron– While this suffered from some hype backlash, I still got everything that I wanted out of this movie. I liked the balance of screen-time amongst the characters and their comical banter. The action scenes are about as bombastic as I would expect them to be, while the special effects were convincing. The villain was amusing, menacing and memorable and the drama was moving. Its predecessor is better, but this was a blast too. 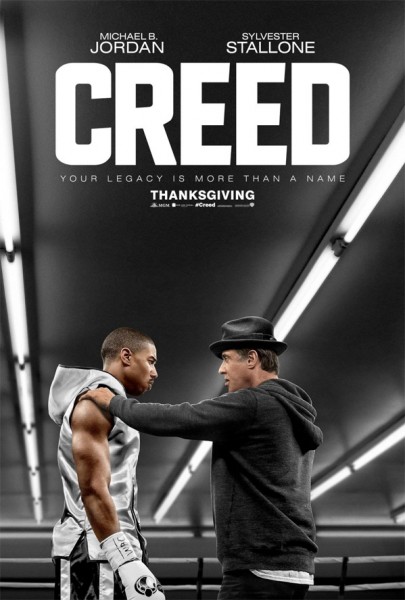 6) Creed– The classic formula of “Rocky” was miraculously reignited by this spin-off/sequel, which found the perfect balance of reminiscing about the past and looking towards the future. It hit all the familiar notes, but struck them in such an exciting, fresh way that it might as well have been original. I cared for the characters and felt sad when tragedy challenged them, but their successes were nothing short of triumphant- as is this movie. 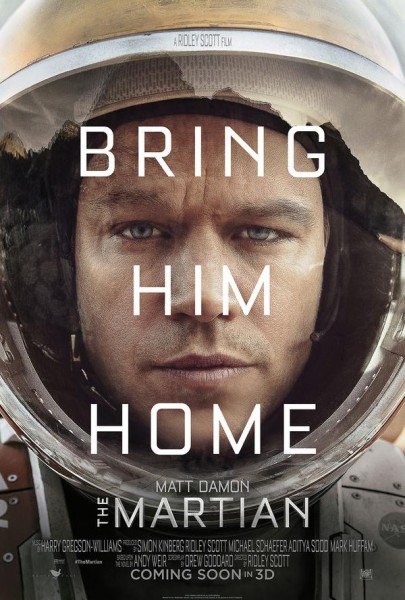 5) The Martian– It was refreshing seeing an uplifting movie where the only antagonist is nature and unfortunate circumstances. This is a positive experience, where an optimistic protagonist fights for his survival, while reasonable authority figures and obstructive bureaucrats work together to rescue him. It’s a very simple story, but I liked the blend of drama, humor and intensity. I found the plans that the characters devised to be very interesting, which become even more interesting when the plans go awry. I laughed, chewed my nails, sniffled and cheered. 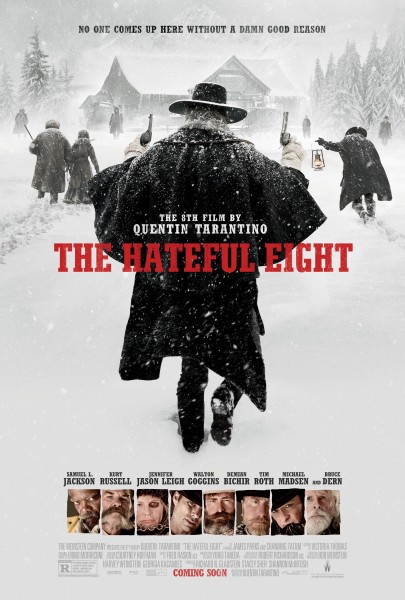 4) The Hateful Eight– A terse, claustrophobic and often uncomfortable western-thriller about a bunch of compelling-but-awful people trapped in a small lodge. Another Tarantino classic, delivering a sharp screen-play, excellent performances, powerful dialogue, gorgeous-yet-haunting cinematography, a memorable soundtrack (composed by Ennio Morricone) and phenomenal direction. With that said, the slow burn pacing and bleak atmosphere is very different for Tarantino, which I appreciated. You might not. But you are not writing this list, so you technically don’t exist. 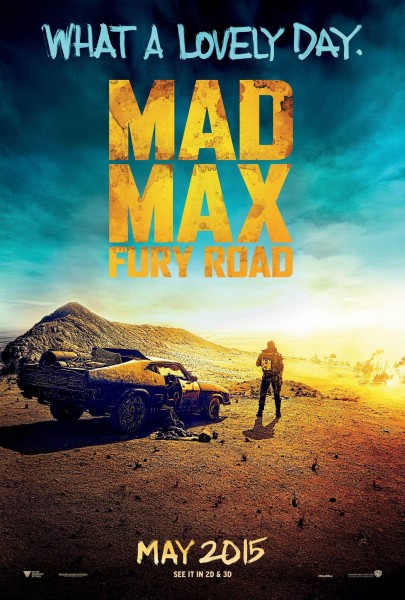 3) Mad Max: Fury Road– An alternate title for the fourth Mad Max adventure could be “Awesome: The Movie“. Everything about this blood soaked, action packed spectacle is designed to be really f@cking cool. The set pieces, the stunt work, the color scheme, the special effects, the characters and the casting choices all stand out as incredible. While the thin story and lightning fast pacing might burn out some viewers, I thought this was exhilarating and the little touches gave the film so much more identity- the flame thrower guitar man needs his own movie. Really f@cking cool! 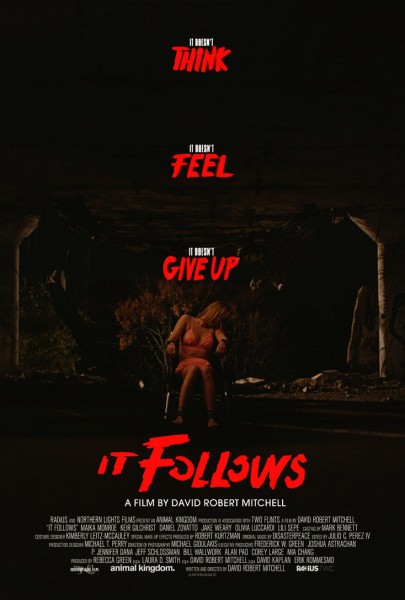 2) It Follows– This movie scared the crap out of me when I experienced this in the theaters and I continued to feel jitters throughout the remainder of that night. I thought the story was fairly unique and I liked the quasi-ambiguous mythos of the antagonist, but more importantly, I made the right emotional attachment to the characters. I did not want to see them get hurt, which magnified the tension. There was also lots of creative lightning, cinematography, editing and direction- all united to make what I perceive to be a horror masterpiece.

So I made sure to impregnate all of these movies, each of which seduced me in their own, unique ways. But one new release impregnated me before I could get to it. My favorite movie of 2015 is… 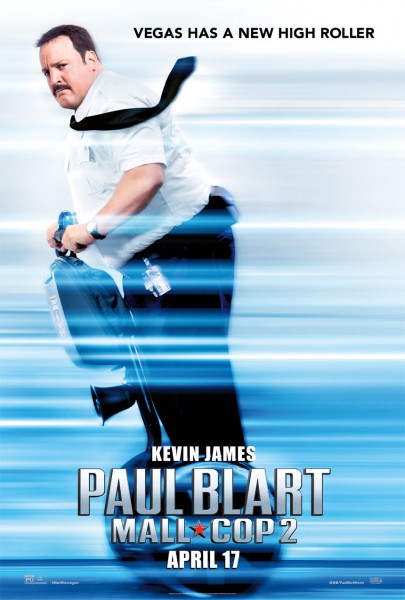 KIDDING! Even I didn’t watch that shit. 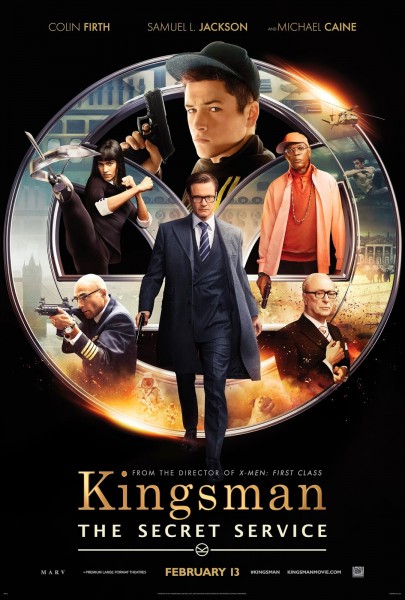 The reason why I put this movie on top of all the other entries on this list is simple: I have watched this movie many times already and I still look forward to my next viewing. It’s a spy based action-comedy, but even though the action scenes are wild and stunning to behold, while the comedy is hilarious, it also has its fair share of intrigue, suspense and drama. It’s a throwback to the classic James Bond flicks, complete with stylish and colorful art design, but it also has a completely different flavor to it. I simply love every aspect of this movie- the charismatic performances, the classy dialogue mixed in with the vulgar lines, the endearing characterizations, the familiar-yet-bizarre storyline and the flashy presentation. I am in love with “The Kingsman” and I thank this movie for its service. Now where is your child support, “The Kingsman: Secret Service“!

While I hope you agree with my list, I do understand the subjectivity of film and expect that many will slowly back away in revulsion…Although that might be because I’m not wearing pants and am waving a black dingus around, which is awfully strange, as I am Caucasian…But even if you hate my loves, then tell your sadistic side to put on its rape shoes, as I am about to explore the cinematic diarrhea of 2015…