“The Avengers” could NOT allow itself to fail, for doing so would bring the wrath of millions of angry virgins upon the filmmakers. It must’ve been just as terrifying as it would be exciting. Yet they should not worry, as “The Avengers” was…freaking…AMAZING! This movie left me squealing like a little fanboy, and I’ve never even read the comics!

The Tesseract (the energized cube that drove the plot in “Captain America”) is revealed to be a door to different dimensions when it summons Loki (villain from “Thor”; Tom Hiddleston). Loki steals the artifact and plans on summoning an evil alien race to conquer earth. This forces Nick Fury (Samuel L. Jackson), the leader of SHIELD, to assemble the ‘avengers’. The Avengers Initiative includes Tony ‘Iron Man’ Stark (Robert Downy Jr), Steve ‘Captain America’ Rogers (Chris Evans), Bruce ‘the Hulk’ Banner (Mark Ruffalo) and Natasha ‘Black Widow’ Romanoff (Scarlett Johansson). Soon, events lead to Thor (Chris Hemsworth) and Clint ‘Hawkeye’ Barton (Jeremy Renner) joining the group as well. They don’t especially get along, but ultimately realize that they have to work together in order to stop this threat.

My biggest concern with “The Avengers” was that it would be…well, sort of like “Iron Man 2”. I thought “Iron Man 2” was a pretty good movie, but it was convoluted and sloppy, only redeemed by having the same level of energy as its predecessor. I don’t think “The Avengers” could get away with that. With all the talent involved, it would have to be great and the first thing it would have to master is balancing the screen-time amidst all the characters. Interviews and common sense suggested that this would be Iron Man’s movie, because “Iron Man” was the best movie of this continuity and Robert Downy Jr is the most entertaining. But shockingly, it wasn’t just his movie and my favorite aspect of the film is that all of the Avengers manage to be relevant to the story.

I like how they introduced everyone and allowed the characters to be fleshed out, despite the limited screen-time. I also appreciated how you could see the characters development from their previous films here, even though the movie doesn’t spell it out for us. Captain America is still the great soldier, Thor is still a snob with a heart of gold, Iron Man is still narcissistic and heroic and the Hulk still is torn between his hatred of the Hulk and his dependency on him. He’s also the only one who everyone seems to like, which makes sense. But these contrasting personalities are used nicely and it’s fun watching everyone interact, whether as friend or foe. They all also serve a purpose too. While Tony Stark does get the funniest moments, which makes sense as Stark always had such a great wit, he’s just the brains of the outfit. Captain America is the leader and that makes sense to me, as he was an effective leader in his first film. Thor is the muscle and the primary foil to Loki, Hulk is the trump card (note, while he’s smart in human form, it’s not used that much in the finale), with Hawk-eye and Black Widow being the glue that keeps everything together. Whereas everyone else has more power than them, their sharp minds and honed skills turned out to be more useful than I anticipated. Even Nick Fury and Agent Coulson (Clark Gregg) get more to do than usual. I liked EVERYONE and even thought Loki was a much better villain this time around. Some of his speeches are very menacing, yet he’s still not a one dimensional character. 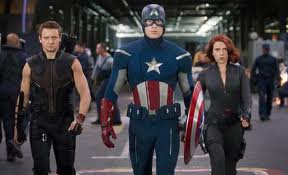 “The Avengers” also manages to be the most epic comic book film in scope, especially compared to the previous pre-avengers films. Whedon employs lots of wide shots, some really sharp continuous shots and never allows the action to become disorienting. I saw everything clearly and was swept up with the scale of the action sequences. I liked watching the different styles of fighters clash together, even when Loki fights Hawk-eye early on. A “Gun Vs Magical Staff” battle could be interesting? Sweet! Or what about Thor Vs Hulk? Or the three way (ew) involving Iron Man, Thor and Captain America? The action is all superb and the visual effects are among the best I’ve ever seen. I saw no real weaknesses to them, everything felt real. Even the Hulk, whose CGI look has yet to be fully realized, works because Whedon gives him a personality.

Finally, we’ve come to the humor, which should be a given. Joss Whedon has always done a good job with comedy in his movies, whether it’s “Serenity” or “The Cabin in the Woods” (which he only co-wrote). His films are full of golden reactions, funny expressions and hilarious dialogue. This movie CONSTANTLY made me laugh, but it never became parody either. Certain sequences (like Hulk’s ‘rag doll’ moment) could’ve been too laughable to take seriously, but I never had that problem. When it wanted to be sad or dramatic, I felt the film worked. One moving sequence is what leads the Avengers to work together. It was brilliantly rendered, but never was deep enough to where the upcoming funny moments felt awkward or out of place. It had a breezy tone about it, balancing humor, action and drama perfectly. 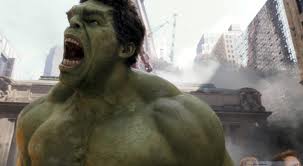 Any problems? I guess I could do a little nitpicking. There is a segment between the 2nd and 3rd acts that maybe was a little rushed and a few important elements are glossed over. Thor’s return, for example, is kind of baffling considering how his movie ended. A lot of people complained about the first act, thinking it was rather slow, but I never had that problem. The characters and interactions kept me engaged when the action wasn’t happening. I suppose the biggest warning I should give is that this movie may have a massive hype backlash. Everyone seems to love it, so I imagine like “The Dark Knight”, some viewers expectations might be a bit too high. I loved this movie, but that doesn’t mean you will.

To me, “The Avengers” was everything I wanted out of a comic book movie, especially one with such an ambitious concept. It captures all of the personalities of its characters, balanced their usefulness and their screen-time and plays off their feuding/alliances wonderfully. Then it puts them all in a movie that’s full of amazing action sequences that use jaw dropping special effects, but is also sure to draw a lot of laughs from its audiences. Yet it can also be somber and dramatic. This movie did EVERYTHING right, surpassing ALL of its predecessors in almost every facet. But that’s just me and I believe you should not go into “The Avengers” expecting it to be this great. Expect a movie on par with the other films and if like me, you are blown away, then good for you! High expectations are never a good thing, even when dealing with awesome movies

Overall: “The Avengers” is what I consider to be the perfect blockbuster. It has great special effects, action and comedy but it’s also not trite or idiotic.