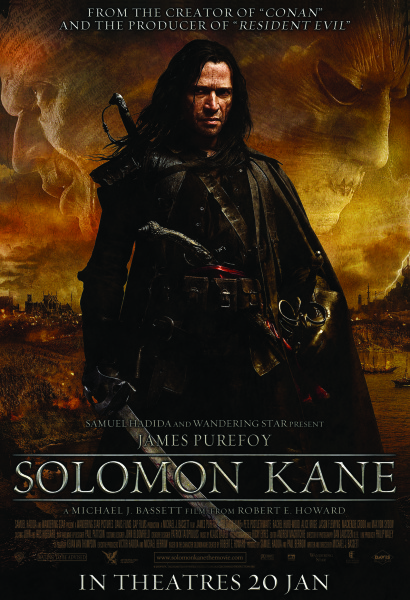 Plot: Solomon Kane (James Purefoy) was a mercenary who committed countless atrocities, yet when he came face-to-face with the Devils Reaper, he chose to change his ways and become a man of peace. But he’s forced to take up the sword again when a mysterious sorcerer sends his dark forces to consume the land.

Back in 2012, I was very eager to watch “Solomon Kane”. It had received a warm reception, boasted a pretty awesome premise and was directed by the man who gave me “Deathwatch”, one of the cooler military themed horror flicks. Unfortunately, for one reason or another, “Solomon Kane” was shelved and its release kept being delayed. It wouldn’t be released until after the director had already sullied his reputation with the awful “Silent Hill: Revelations”. After that, it seemed like my enthusiasm for the project died down because when it was finally dropped on Netflix, I gave it an indifferent shrug. It was through pure chance that I sat down and watched “Solomon Kane” the other day. So was it any good? Did it restore my faith in Michael J. Bassett as a writer and director? Sure. “Solomon Kane” is an interesting hybrid of action, fantasy, drama and horror, its presentation being reminiscent of “Conan the Barbarian”. It’s not perfect though. I personally felt it required a bigger budget and it crams too much story into a single movie. Still, it’s a worthy start to what can become a pretty cool franchise.

Before I get into the review itself, it should be noted that I have not read any of the “Solomon Kane” literature by Robert E. Howard (who is primarily known for writing the “Conan” source material). I have heard that this wasn’t a very faithful adaptation, but I’ve also heard that is justified as this is more of an origins story. I was a little surprised to discover that this was very different from the original stories, as the “Solomon Kane” movie feels like it’s trying too hard to remain faithful to…something, which apparently wasn’t true. The way it manages its screen-time suggests that it wants to include the content of an entire book, even if said content doesn’t fit in very well with the narrative. The first act is kind of slow and atmospheric, focusing on Kane’s journey and leading to his encounter with a family. This segment is very dialogue heavy, but it’s obviously setting up their inevitable destruction. Okay, so the story is going to be about him attempting to rescue the daughter. But then the story goes through some odd shifts. 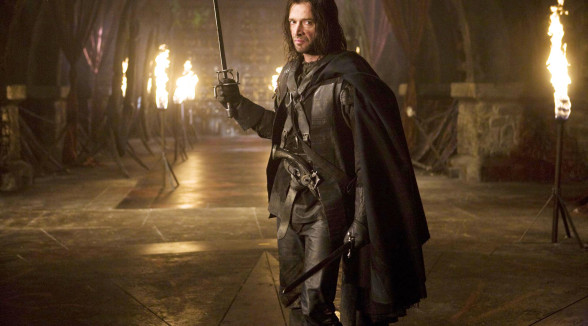 For no reason, he encounters a bizarre Priest who hides cannibal, demon things under his Church. Does the scene ever have any relevance to the plot? Nope. It’s just an excuse to showcase a bit more of what is happening in this world and an action scene. There’s also a subplot where they encounter a witch, which actually does have some relevance, but it’s resolved abruptly. Then Solomon happens to run into an old comrade and has to lead a group of warriors. There’s also this back-story involving his family. Solomon Kane is constantly coming across subplots which barely tie into the main plot. But is this a criticism? Sort of. As I said, I presumed that “Solomon Kane” was being TOO Faithful to the source material, but apparently I was mistaken. One interesting attribute of the source material is that Solomon Kane sees continuous evidence of Pagan gods, but never any of the Christian God. The movie instead becomes a typical ‘God vs the Devil’ struggle, but it does have implications of that theme. He encounters a practitioner of Pagan magic who does heal him. But the Christian God never shows off any similar powers. Yet this interesting concept is dropped immediately after, making me wonder why they brought it up in the first place. Maybe it will be explored more in a sequel?

Now you might be reading all of this and thinking that I’m slamming the movie, but I’m actually being kind of neutral. Yes, I consider all of these objective flaws, but subjectively…I really didn’t mind. I don’t care how many unnecessary scenes, subplots, or characters there were because “Solomon Kane” never lost my interest. Even though this goes against my snooty critic side, I would much rather just sit back and enjoy something then follow a guideline to properly structuring a movie. So I want you to take the majority of what I just said and look at it in a different light. I’m actually giving “Solomon Kane” credit for entertaining me in spite of its convoluted and unfocused narrative. In fact, the convoluted and unfocused narrative might’ve even contributed to its entertainment value. I loved the random divergences. 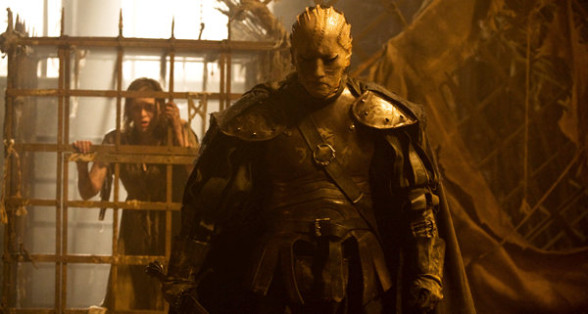 Earlier, I made a comparison with “Conan the Barbarian”, which is funny because I wanted to actively avoid doing that…because everybody has compared “Solomon Kane” to “Conan the Barbarian” and “Van Helsing”. But there’s also no denying that these films are in many ways alike. Even though there is an overarching story, the real focus is on Solomon exploring this world. I think “Conan the Barbarian” did it better, but that’s not to say “Solomon Kane” failed. The sets are very unique, the costumes are memorable and the villains are intimidating. Even though I poked fun at the movie for including that scene with the strange Priest, it still was compelling due to the freaky makeup and the atmosphere of the dilapidated Church. The fog filled forest was so moody that I couldn’t blame the film for being so slow at first. I would also want to spend as much time there as possible. “Solomon Kane” delivers one epic set piece after another and their effect is magnified due to the haunting score. The director milks everything for all its worth too, giving us some brilliant shots and scenes which are both emotionally driven and aesthetically appealing. Even though it starts off a little slow too, it picks up during the half way point, never waiting too long before giving us another nicely choreographed action sequence. Hurray!

But the real success of “Solomon Kane” is the character Solomon Kane. I’m not really familiar with James Purefoy, having seen him in “Resident Evil”, “Ironclad” and “John Carter”, but this shows that he could make a GREAT leading man. He has a lot of charisma, a dangerous presence and he conveys enough emotion without ruining the character. I like how at first, he seems to be following the path of redemption just to save his own skin. But over time, it becomes more than that and Purefoy uses his acting to express that. I also like how you can tell this guy loves killing people, as much as he tries to hide it. It causes a source of guilt, as he’s only killing to save the girl, but he’s also finding some twisted pleasure in it. But the movie never rubs that in our face. It’s not expressed through dialogue, but simply by Purefoy’s body language and facial expressions. That’s VERY impressive.

Considering everything I’ve said about “Solomon Kane”, I do believe this could’ve been a great movie. Even its script ‘issues’, if that’s what they really are, are just as enjoyable as they are problematic. But unfortunately, this film needed a bigger budget. The green screen backgrounds often do look too much like green screen backgrounds instead of actual locations. But this begins to hurt during the ending, where Solomon encounters a big ass demon. The demon looks pretty cool and a lot of the time, I thought the effect looked fine. But it’s obvious that they couldn’t do much with the creature due to the low budget, which leads to a rather lame and anti-climactic finale. If “Solomon Kane” had more money to work with, I think it would’ve been MUCH better. On the other hand, “Solomon Kane” is also impressive because it accomplished a lot in terms of its visuals, despite having little money to work with. So take that as you will. Regardless, “Solomon Kane” was a lot of fun.

Nudity: None. There is an attempted rape, but it never goes anywhere.

Overall: “Solomon Kane” isn’t perfect, but it is a fun adventure flick which combines many different genres rather successfully.