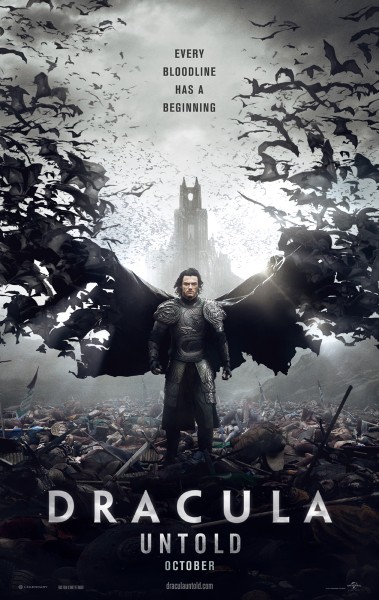 Plot: Vlad the Impaler (Luke Evans) has renounced his wicked ways and is now a benevolent ruler of Transylvania, but when his people and family are threatened by a powerful army, Vlad realizes he must seek out a terrible power. He needs to become the legendary vampire.

I didn’t think “Dracula Untold” was a terrible movie, although it often found itself dancing with mediocrity, which can be just as damning. From what I’ve heard, Universal plans on rebooting all of the old monster classics, which would presumably lead to an ensemble feature like “The Avengers“. Unfortunately, it doesn’t appear the studios involved understood what made Marvel so successful in regards to its film output. Marvel began with “Iron Man“, which was a great comic book flick that put asses in seats thanks to a strong marketing campaign and positive word of mouth. If “Iron Man” flopped, I doubt Marvel would have gotten very far in building its franchise. At first glance, it doesn’t appear anyone really cared about “Dracula Untold“. This movie just wants to get itself over with, so presumably they can get to work on “The Mummy” and hopefully have Dracula cameo and get fans excited…even though no one seems to like this version of Dracula. But the more I look at it, the more I suspect that there was a behind-the-scenes struggle which damned “Dracula Untold” to the fiery pits of meh. The problem is that it doesn’t go all out in any genre, making it hard to tell whom this movie is supposed to be for. So lets break this review down and try to pinpoint the target audience…

Horror: Gary Shore definitely does deliver some creepy imagery, particularly whenever we see Vlad the Impaler reminding us why he is called the Impaler. It has been universally agreed that the best sequence was when Vlad seeks the help of the elderly Vampire (Charles Vance) and it is indeed pretty awesome. I thought the lighting, the sound design and camera angles were really effective- although it’s Charles Vance who steals the show. The dude is terrifying even without makeup, but the makeup definitely makes him more unsettling. The problem is that “Dracula Untold” teases us its viewers with these more successful horror-based sequences and it makes you wish there was more of that. There is too much CGI and spectacle for the rest to be scary. I also felt “Dracula Untold” seemed to want an R-rating, as the final war between the Turks and Dracula’s army was too tame considering all of the possibilities it possessed.

Action: Well, there is more action than there is horror. I thought the fight scenes were pretty nicely choreographed and even when the editing is being a bit too tight, it never took me out of the action. The CGI is really good too and even when it looks kind of phony, I felt it was a stylistic choice by the director. Was it just me or was “Dracula Untold” trying to emulate “300“? I would’ve been cool with that if there was an R-rating. The action scenes aren’t bad, but the problem is that we see all the highlights in the trailer. Remember that part when he summons those bats to decimate the army? That’s the money shot. Much like “Teenage Mutant Ninja Turtles“, the action might be fine, but it’s small in scale compared to other bigger movies which came out earlier this year. Even when it teases us with something new and awesome, like having Dracula take on 100,000 soldiers or the Vampire War during the 3rd act, it then cuts to something more conventional. So “Dracula Untold” is a lightweight actioner.

Drama: The characters are all boring, living cliches who for some reason get way too much screen-time dedicated to them. Vlad is far too benevolent to be interesting and even his ‘start of darkness’ feels oddly altruistic. Having Luke Evans looked pained as he pines for blood occasionally is NOT a character arc, although at least Evans does the best he can with the role. There should’ve been more internal conflict, but his goals and loyalty never waver even after his own people attempt to kill him. Much time is dedicated to him interacting with his wife and son, which is also boring even if their acting is fine. She talks about love and how she loves him and how she loves her son and that is the extent of her character. The son (is that Rickon? Is this a “Game of Thrones” reunion? ) actually does have some character, but his scenes tend to be so manipulative in their sentimentality that I gagged. I was also surprised how much screen-time was dedicated to Vlad’s comrades-in-arms considering they had no distinguishable personalities. When one dies and everyone reacts with pain and tears, I kept thinking: “Who was this again?”. The villains are traditionally evil, including Dominic Cooper’s Mehmed, who should’ve learned not to screw with vampires after “Abraham Lincoln: Vampire Hunter“. They spend another entire scene establishing how Vlad and Mehmed used to be like brothers, but you don’t see any of that when they interact, nor does it have any relevance other than to establish Mehmed as super evil…even though he’s not in the film enough to be memorable. Also, some of the wording suggests that the 1,000 boys were supposed to come from Vlad’s lands…but it only looks like he has 100 people under his charge…Hmmm…I don’t think the filmmakers were that incompetent, so I believe the writers just bungled the wording. “Dracula Untold” fails as a drama because the filmmakers don’t seem to know how drama works. There is no reason to care about the story, the characters or their relationships. 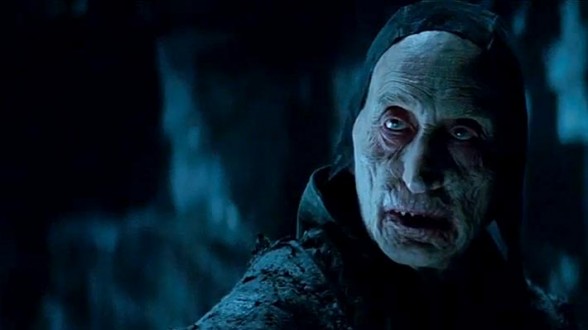 In the end, “Dracula Untold” has too much action to be horror, too much drama to be action and the drama just sucks. The movie tries to give us a little of everything, but instead it doesn’t give us enough of anything. Even if you were entertained, do you really think you’re going to remember it? I thought it was too soft in every regard to leave an impact, while the remnants of storythreads which were presumably lost in the editing room pad out the (85 minute????) runningtime. “Dracula Untold” is definitely a case of style over substance, except the style itself is pretty underwhelming. I personally suspect that there was a lot of behind-the-scenes drama where visions clashed in what probably was a more epic battle than anything “Dracula Untold” gave us. Otherwise though, it’s just so mediocre that there isn’t any reason to watch it, to talk about it or even think about it…I’m beginning to hope the next Mummy reboot is more like “The Mummy Returns” than this…and that saddens me…

Violence: Rated PG-13. It stretches the rating somewhat, but a hard R would be more fitting.

Overall: “Dracula Untold” isn’t the worst film of 2014 and if anything, is marginally better than “I, Frankenstein“. But it’s already slipping out of my memory and these days, boringly average has become just as bad as…bad.