Plot: Dr. Gordon (Carey Elwes) and a photographer named Adam (Leigh Wannell) wake up in a dilapidated bathroom, chained to the pipes. As they try to piece together how they got there, they realize they are the latest victims of a serial killer known as Jigsaw. This sicko likes creating elaborate scenarios where the victims must do something horrifying to survive. His game? Gordon has to kill Adam. But any tools are out of reach and they have a limited time to accomplish this, so what shall they do?

Contrary to popular belief, “Saw” is not torture porn, even though it helped define the conventions which would give the subgenre life. In a sense, it’s like how “Halloween” helped design the slasher boom of the 80’s, even though I’d argue it itself is not a slasher. Whereas the sequels and clones would emphasize the gore, “Saw” is more about the mystery. Adam and Dr. Gordon have to figure out how they got there, why they’re there and what their connection is to Jigsaw and each-other. There’s also a subplot about a disgruntled detective (Danny Glover) who is assigned to the case. He suspects Dr. Gordon and his obsession turns into madness. These stories are often exposited via flashbacks, but I thought they came together very well. There’s enough suspense and unease within the narrative to keep things moving. “What’s going to happen” is a re-occurring question that the viewer will ask themselves throughout the duration of their viewing. Or you won’t, if you’ve seen any of the clones…But even though I’ve seen “Saw” a handful of times and plenty of the imitations, that didn’t make the mystery any less compelling. 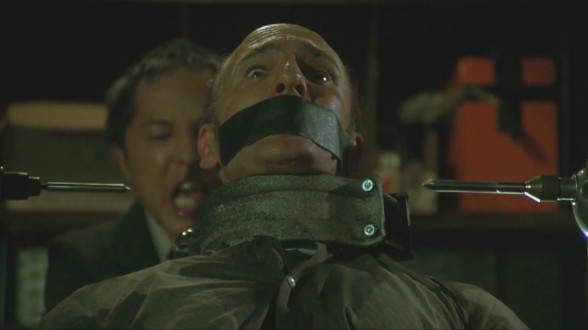 “Saw 2” all the way through “Saw 3D”(7) would focus more on the elaborate deaths. The traps become so absurd and extreme that they almost descended into parody. While that has an appeal, “Saw” is much more restrained in comparison. Yes, there are some creatively designed traps. But for the most part, it’s just two guys trying to solve a mystery. Watching them bond, argue, form strategies to escape and try to outwit their captor. But they cannot totally trust each-other either, which made their interactions much more intriguing. While the low budget is probably a major factor, most of the violence is off-screen, making it more psychological than visceral. One of the most iconic moments is when the titular ‘saw’ is used. It’s hard to watch and yet you don’t actually see a thing. James Wan makes sure every scene has an unsettling, biting edge to it. The bleak aesthetics, the claustrophobic tension and the haunting ending- which has become legendary- still gives me the shivers to this day.

Even though I still consider “Saw” to be a powerful film, it is not without its flaws. While I found the characters to be well written and engaging, the actors portraying them…aren’t always very good. Nobody is consistent, although Danny Glover has the fewest ‘off’ moments. Cary Elwes is probably the biggest offender, as he oversells his more dramatic scenes and struggles with the American accent. He does enough right to where I still liked the character, but I will admit that some scenes are more amusing than scary due to his performance. Leigh Wannell surprised me more as I had never seen him before at that time. He has a handful of great moments, but like Elwes also has the tendency to sound phony in some pivotal scenes. To be fair, this was a rushed production so they didn’t get much time to rehearse. James Wan’s direction is definitely rough around the edges, with some questionable transitions and the tendency to utilize an MTV visual style which felt out-of-place to me. He has improved with films like “The Conjuring”, but what he does right vastly outweighs what he does wrong. There are definitely a few manipulative moments, plot holes- although the sequels would often fill them- and character decisions which are so vague the filmmakers had to clarify them during the commentary. “Saw” is definitely imperfect, but this is a film that aims for your guts, not your brain. 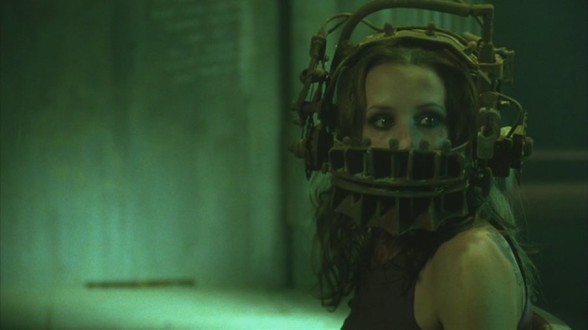 So can I enjoy “Saw” in 2013? Absolutely. In some ways, I’d even say it improves the viewing. Sure, even if you haven’t seen the movie, you probably know its reputation enough to where you can guess how it will end. Sure, it has moments of bad acting, questionable direction and manipulative writing. But it also grabbed  me by the balls and wouldn’t let go until AFTER the credits rolled. It’s just such a hardhitting thriller which shows enough to be vicious, but doesn’t show too much, which somehow makes it even more intense. James Wan and Leigh Wannell crafted a powerful film that still effected me, even when I knew what was going to happen. There’s actually something refreshing about seeing the film which began a trend, even though it itself probably shouldn’t be considered part of the trend. I’m always surprised whenever I watch “Saw” and remember how it focuses on psychological terror, instead of relying on excessive violence. So now that I’ve written this review, I’ve come to the conclusion that “Saw” can be enjoyed just as much in 2013 as it could be in 2004.

Violence: Rated R. It’s what it doesn’t show though that leaves the impression.

Overall: “Saw” is a strong thriller with elements of horror and as such, it succeeds.