It’s been years since I last saw this so when I saw it the nostalgia goggles attacked & reminded me that I found it amusing back then.  Then again I was baked so anything would’ve been funny at the time, but is it funny a decade later? 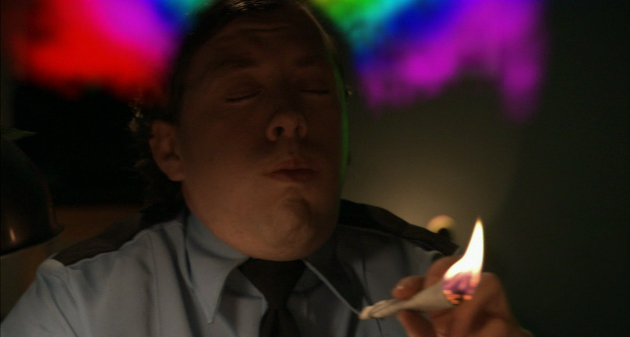 The plot is so paper thin I can get away with talking about it without spoiling the film, in fact the synopsis on the box is more than happy to give it away.  From that alone you should already know this is about the antics that happen outside & around the main plot that provide the bulk of the film, typical of college/university comedies at the time.  Silas & Jamal are the students, both stoners, in university. They have some superweed which allows them to pass exams, then of course the superweed runs out & they have to rely on their brains.  Well it’s not quite that simple, the so called “superweed” doesn’t grant them special powers or anything that elaborate, when smoked it allows them to see Ivory – Silas’ dead friend, who tells them the correct answers.

Outside that the majority of the plot is about as cliché as a stoner college movie can get, tacked on love interests included.  Thankfully there’s a difference – they’re both adults & both go back into education, which is just as well since both actors were in their 30s at the time.  Well, it was different for the time which was dominated by American Pie & it’s many clones and sequels.

I don’t have much to say about the majority of the cast since they either have little screen time or a side characters, Method Man & Redman pretty much are the film.  As it goes they do a pretty good job, that doesn’t mean they were exceptional, after all they are playing stoners in a comedy with a heavy does of black gangster stereotype on top.  It works though, and that’s all that really matters.

The rest of the cast do a solid job, but as already stated individually they lack the screen time to be worth going into too.  A special mention goes to Baby Powder who is the best pimp character ever conceived, and I Need Money brings a smile with his antics.  You get the basic mix of characters you’d expect:  The oriental who thinks he’s a gangster, the white guy who tries to talk them out of things, the dean who’s uptight but wasn’t in his youth, and of course the most cliché of all – the nerd chicks who are complete slags.  It’s almost like they read a book on what side characters are needed to pull off a film of this genre, it’s the same formula repeated in most teen “gross out” comedies.

To be honest I laughed.  The jokes still work, the visual humour still brings a smile & my god there’s a lot of stereotyping.  Even the extras can be seen struggling to keep a straight face in the background.  I suppose it all depends on your sense of humour, but if you like puerile then this is right up your street – funnily enough I rediscovered where a lot of the stuff I quote comes from.  It was quite shocking to see how many phrases from a film I barely remember made their way into day to day speech. 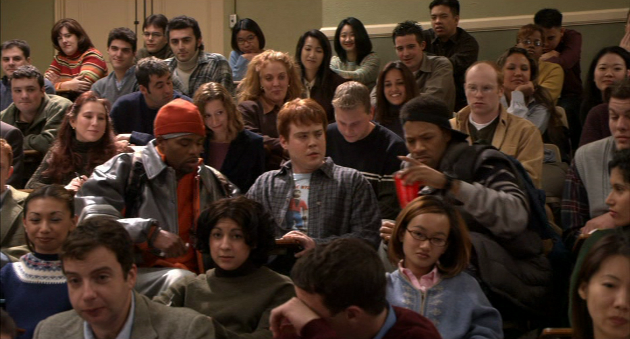 Annoyingly there’s not a whole lot more to say about this, I like it.  I also want a Liberty-Bong & have the strangest urge to powder slap someone…  If you like puerile comedy or those American Pie style films then this is something you need to check out, if not then I can’t really say it’s for you.