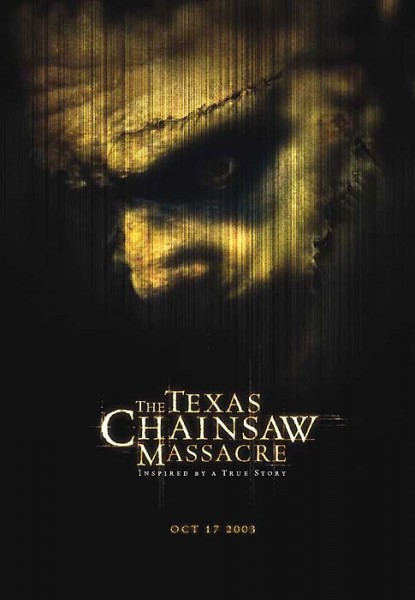 Plot: A group of friends are taking the road trip of a life time, but pick up a traumatized hitchhiker whom they nearly ran over. After warning them of impending doom, she pulls out a gun and commits suicide. They reach the nearest town to report her death, but encounter the bizarre Sheriff, Hoyt (R. Lee Ermey). He seems to have a connection to the dead woman, but before they can discover the link, they find themselves fighting for their lives against a chainsaw wielding psychopath.

Remaking “The Texas Chainsaw Massacre” might be a dumb idea, but I can’t totally fault the studios for going in this direction. As much as I have bitched about remakes, this one never really irked me and it has nothing to do with quality. Why? Because this franchise had already sucked. Every sequel only seemed to get worse than the last, so why stay on the sinking ship? Furthermore, the previous two entries were reboots in themselves, pretty much repackaging the same story without considering the continuity of their predecessors. My only real issue was Michael Bay blatantly telling the fans that he did this for its name value alone. Fuck you, Michael Bay. As for the movie itself, it’s okay. It’s nowhere near the classic level of the original, but when you’re following a handful of sub-par sequels, ‘above average’ almost seems exceptional.

“The Texas Chainsaw Massacre (2003)” has a few things going for it that most horror features tend to overlook. Despite its low budget, it acquired a strong cast to use at its disposal. It has a handful of young, up-and-coming stars like Jessica Biel, Jonathan Tucker and Mike Vogel. It’s also got plenty of familiar character actors, lead by the great R. Lee Ermey. In my experience, whenever a horror film somehow snags a cast like this, they tend to sleepwalk through their roles. But this crew gives it their all and there isn’t a weak link among them. Furthermore, the characters might begin as caricatures, but they’re fleshed out as the movie goes along and I ended up liking all of them. Believe it or not, I did not want to see these poor fools expire. The film is well produced, boosting nice locations, stunning cinematography and great sound. I loved listening to the tune of the chainsaw as it ripped through flesh, wood or metal. The direction is stellar overall, but the opening act got me the most. The level of unease is high and the small things- such as Sheriff Hoyt taking the suicide gun and casually placing it in his empty ankle holster- kept me on edge. The finale is pretty exciting too, even if the chase scene was a bit long. This is a good looking movie, to say the least. 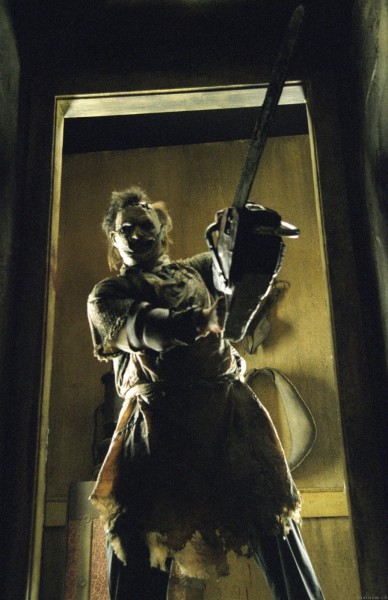 But the main problem with the remake is it just lacks any kind of bite. The kills are surprisingly flat because they cut away before giving us a money shot. It makes the scares rather limp. I thought the most glaring example of this is when a character is killed via the chainsaw, because not only does the camera cut away, you don’t even hear the victim give a blood curdling, death scream. The 1974 version wasn’t gory, but there was an intensity about the violence. Here, it just looks like the MPAA took a chainsaw to the kills in the editing room. Honestly, the best scenes had to do with R. Lee Ermey acting bat-shit insane. Whenever he threatens someone, I would bite my nails in anticipation. He was more terrifying than Leatherface himself, even though Andrew Bryniarski is the best Leatherface since the original film. You mean to tell me an old dude yelling at some youngsters freaked me out more than the dude who wears people’s skin? How the hell did that happen?! I also disagreed with the direction of the script. The original had so many bizarre and chilling ideas to work with. The cannibal angle, the dinner table scene, the fact that Leatherface is a cross-dresser and the brain cheese discussion. That shit is unexpectedly freaky and isn’t easy to forget, so what does this movie do? Stress the hillbilly angle. That’s the extent of their creativity. Nobody has a healthy set of teeth, everything is unsanitary and those hicks hate them city folks. BORING! Were these guys even cannibals? It’s also very contrived, as we’re supposed to believe that the entire town is in on it. As a testament to how uninspired the film is, the iconic dinner table scene is replaced by…Leatherface chasing the heroine in the woods.

Even by todays standards, the first “Texas Chainsaw Massacre” has a lot of stuff that we’re not used to seeing. It was creative, raw and unsettling. This 2003 reboot just feels ordinary. Well made, but ordinary. It takes no risks and wimps out when it comes to the violence. Maybe I’m being a bit too kind because this was produced during the age of those PG-13 remakes- “Prom Night” and “The Stepfather”- but I do think that this is a passable movie. I liked the actors and characters. Occasionally a jump scare would get me. It’s fast paced and even a little exciting! At the absolute least, it’s a few steps up from the previous entry and might even be better than the other sequels. It was followed with a prequel- that was both more intense and flawed- and apparently they’re making another one. This new, 2013 movie is claiming to be the true sequel of the 1974 original, so it’s also kind of a reboot. This is a franchise comprised of remakes and “The Texas Chainsaw Massacre (2003)” might be the best of those remakes. That doesn’t make it good, but it makes it…decent, I suppose.

P.S: The trailer for this was amazing, by the way!

Violence: Rated R, but it’s a weak R. A lot is left to the imagination, but not in a good way.

Nudity: None, although the movie is intent on showing off Jessica Biel’s physique. I love how Leatherface turns on the sprinklers for no reason other than so we can see Biel running around in a ‘white’ tank top.