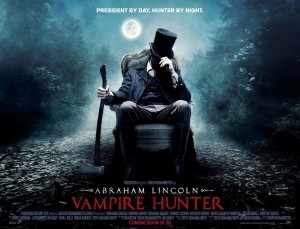 Consensus: I’ve always suspected that the reviews which draw the most views are about the subjects that catch everyone’s attention, but not their interest. “Abraham Lincoln: Vampire Hunter” asks important questions, such as ‘what if one of the most iconic American Presidents moonlighted as a vampire hunter’? Greatest…idea…ever! When Spielberg released his own “Lincoln” later that year, critics slammed him for refusing to tackle the real issues, such as how vampires influenced the civil war. Despite the epically absurd concept, few people went to see “Abraham Lincoln: Vampire Hunter“, presumably because it wasn’t that great and audiences confuse ‘silly’ with ‘stupid’. Then again, these are the same people who made those awful “Transformers” movies into major financial successes, so if they confuse silly with stupid, they also must be unable to tell the difference between stupid and entertaining. Had the film been a bigger success, I doubt the masses would’ve been as interested in what other people had to say about it. Nevertheless, “Abraham Lincoln: Vampire Hunter” sparked enough curiosity that my review of it did very well, despite it being written only this year.

On the Review: Reading this, I’m proud of the content, but not how it’s presented. I believe I captured what the movie did right and wrong, but the review is a little redundant and is awkwardly written. It’s not bad, but it seems like I didn’t read through it after writing it. The grammar and sentence structure is all iffy, even more-so than usual.

Consensus: Had this review been released in 2006, I would’ve believed that its success was due to the same reasons theorized above. But it was 2012 when I decided to explore “DOA: Dead or Alive“, so I’m not sure why so many people decided to read it. Like “Abraham Lincoln: Vampire Hunter“, this review is relatively new and is actually the most popular review I wrote in 2012. Maybe someone liked the review and linked it, but regardless of the reason, thanks to those who read it.

On the Review: Once again, I think I did a good job explaining my rather complex relationship with the movie. However, did I forget to proof read AGAIN!? My word use tends to be repetitive and I overlook a lot of the ‘title quotations’. Generally, when I list the title of the film, I will either link it to that review or put it in italics. It still was an entertaining read, I suppose. 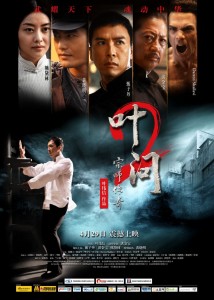 Consensus: When I reviewed both this and its predecessor, there had yet to be an official release in the west. This meant that interest in the feature was at an all time high, so naturally, this review reaped the rewards. It placed #11 last year, so obviously it was bumped a few spots up.

On the Review: There are a lot of mistakes, both in my word usage and especially the grammar, but I’m sort of proud of it. I’ve taken a lot of flack for criticizing these movies for their racist undertones, so maybe I could’ve either explained that further or cut it out altogether. I’m aware that Japan and the West abused the Chinese, but I don’t like how these real acts of cruelty are jacked up to cartoonish proportions. My problem with my “Yip Man 2” review is I spend so much time on this and seemingly talk more about its flaws than its accomplishments. It was a great movie, but I had difficulty articulating why I thought it was great. Still, it’s acceptable. 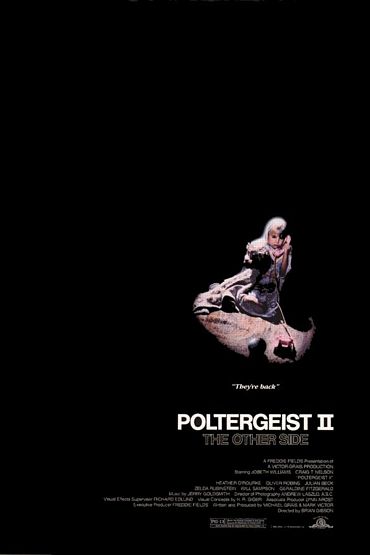 Consensus: For the past two years, “Poltergeist 2” has held the #8 spot, but now it had advanced to #7. It seems to have a consistent amount of traffic, so I presume someone linked this review to their forum, site, etc. Then again, I’d presume that would cause a sudden surge, but it’s nearly doubling its views every year. I have no idea why it’s doing so well. No complaints though.

On the Review: My feelings haven’t changed, so I’ll copy and paste what I had said before. “I thought this review was pretty good. My only complaint is that I made the movie seem worse than it is. It’s just a very bland film, harmed by moments of awfulness (I stressed this a bit too much). But it also has some decent moments”. I spruced that up because my writing was awful. 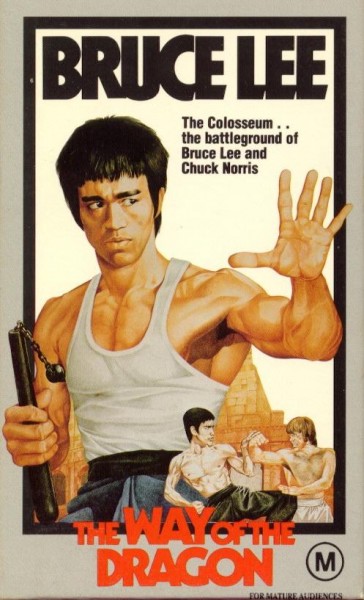 Consensus: My review of Bruce Lee’s “Way of the Dragon” did pretty well when I released it during 2011, but it wasn’t enough to reach the runner-ups. Now it places in #7. This was my third article on Bruce Lee’s works, following “Enter the Dragon” (his most famous movie) and “Game of Death” (his most notorious movie). They didn’t attract that much attention, so why this one? Most online-critics tend to review “Enter the Dragon” BECAUSE it is his most famous, “Game of Death” BECAUSE it is his most notorious and “Fists of Fury” because it’s often considered his best (and most important). EVERYONE writes about them. “The Big Boss” and “Way of the Dragon” tend to be overlooked, but “Way of the Dragon” needs more exploration. After all, it has the famous ‘Bruce Lee Vs Chuck Norris” fight. I believe that there is a much stronger demand for reviews of this movie, which is why it did so well on my humble site.

On the Review: I remember being pleased at the time I wrote it, but most of my reviews seem awkward in retrospect. My world usage is horrid, I sound insanely pretentious and my sentences lack any sense of pacing or flow. It’s hardly the worst thing I’ve written and was acceptably for its time, but I’d like to think I’ve improved since then. 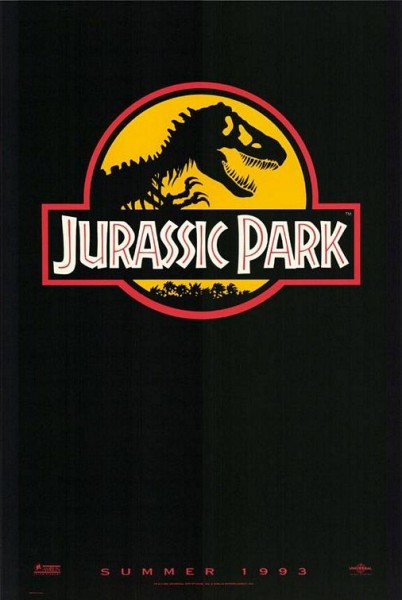 Consensus: I believe I took an interest in what reviews were doing well in 2009. But during 2010, “Jurassic Park” was my 3rd most read review. At the start of 2012, it had dropped to 4th place. At the start of 2013, it dropped to number 6! Four readers checked this article out throughout the entire year, which leads me to believe that someone linked it in a forum. Why a forum? Because that would’ve explain the temporary surge of traffic, but it would’ve faded from peoples minds rather quickly. Or for some bizarre reason, there was a sudden interest in “Jurassic Park” during 2010. Who knows. This is technically the ‘best’ movie to appear in this list.

On the Review: Quoting myself: “It sucks………even by the standards of the time I cannot support this review at all. It REALLY needs a re-review.”. Ouch! 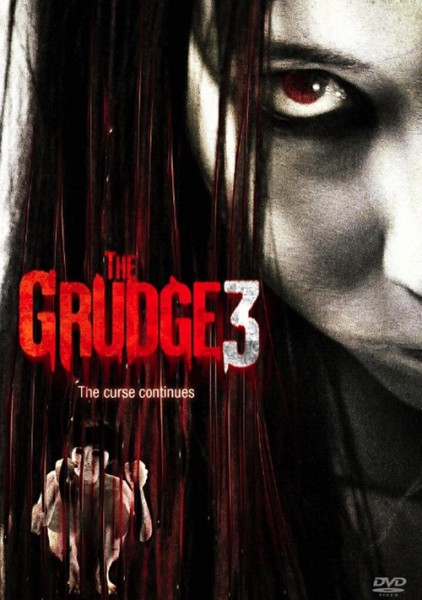 Consensus: Either there is a market for reviewing direct-to-DVD sequels or I am considered an authority of the subject. It had a pretty admirable jump in traffic, going from #12 to #5. I’m not sure how much money this made, but most of the direct-to-DVD sequels I cover tend to acquire a fair amount of hits.

On the Review: I thought this was a solid effort on my part, at least considering my abilities for the time. I do wish I fixed up some of the sentences though. 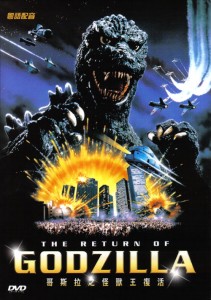 Consensus: For the previous two years, “The Return of Godzilla” held the number 2 spot and probably deserved #1 for the first year. If I recall, I didn’t quite trust the hit counter, so didn’t even consider it. Like “Jurassic Park“, this apparently got a lot of traffic during a short time span in my reviewing career, but it didn’t sustain any interest. The movie is interesting because this is the original cut of “Godzilla 1985“, which hasn’t had an official release in the west. It’s also easily my most popular Godzilla review, despite the fact that the big lizard’s works don’t usually do well on my site. Unfortunately, it has dropped from #2 to #4 and the slide will probably continue next year.

On the Review: I originally said: “It’s better than the last one (“Jurassic Park“), but also needs a re-review. I make a few mistakes and found the whole thing to be rather mediocre”. Well, there ya go! 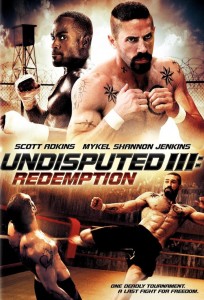 Consensus: “Undisputed 3” had been linked to the ‘external’ review section of “Imdb“. That- along with the success of…the other sequel- ensured that this one would do well too. It went from being a runner-up to #5 to #3. I wonder if it will be placed higher on the list next year.

On the Review: “It really isn’t all that great of a review. Honestly, I remember being at a loss as to what I wanted to say and it shows. It’s somewhat sloppy, redundant and I overemphasize the problems. It’s not a bad review, it’s just not very good.”- MartialHorror, “MartialHorror’s Top 10 Most Read Reviews (2012)“.

On the Review: “Certain aspects of the review don’t sit well with me, such as a random statement about the film being unpredictable and when I erroneously refer a transition as a montage. I do like parts of the review, but it’s far from perfect”. Wow, I’m sure critical of myself, stating that during my 2011 list. 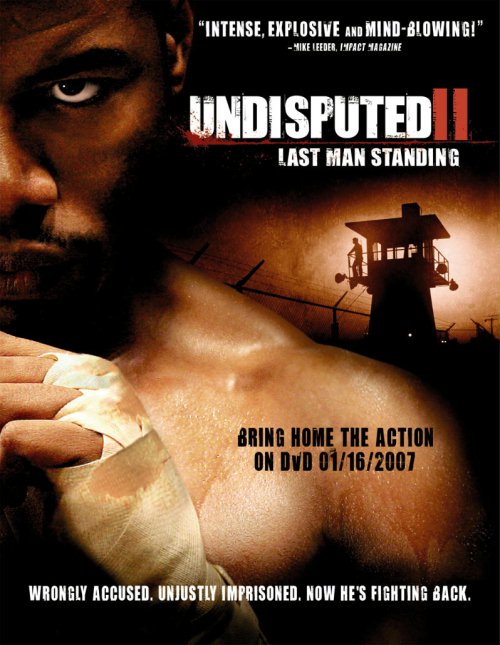 Consensus: Since winning the number one spot last year, I’ve yet to learn why it’s doing so well. Unlike past successes, my “Undisputed 2” review continues to bring in lots of traffic, more than doubling the hits. I don’t see this one being pulled from its throne any time soon.

On the Review: My opinions have not changed since the last time I talked about it. “Out of this entire list, I’d say this has been my best review. It’s not perfect, but I felt I handled the whole film well and I’m glad that the number 1 spot went to a review that deserved it this time”. It is nice that I like at least one review on this list.

“Perfect Stranger” (13) was the review that got a least amount of hits, which is funny because I think it was one of my earlier reviews. One day I shall re-review it.

As always, it was a bizarre list that often surprised me. The runner-ups are almost completely comprised of movies that were formerly on the list, but have since fallen from past glory. Hell, “The Haunting of Molly Hartley” was once my most popular review! Thanks to everyone who reads (and watches) my work and hopefully 2013 will be an even better year.