(Written by Mark A. Patton, Wesley Clark and Daniel Myrick) 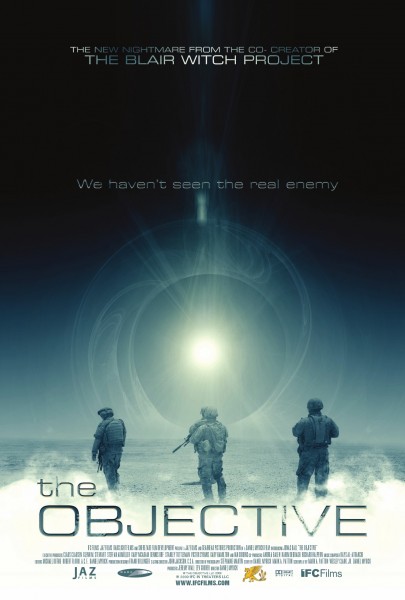 Plot: A military special opts team are sent on a mission in the desert wilderness of Afghanistan, where strange things begin to happen…Also known as “Ultimate Patrol“.

I’ve always wondered why “The Blair Witch Project” failed to make stars out of its cast and crew. Viewers have always been passionately divisive about its effectiveness, but whether you’re the movies’ biggest fan or most vocal critic, there is no denying that it broke the box office when it attacked theaters (off-camera, while facing a corner- presumably). Yet the actors apparently struggled because they were immediately typecast and the directors would do very little for the next 7 years (!!). I suppose I understand why the cast would struggle to get roles, as even their acting abilities were divisive and none of them really fit the Hollywood model of success (which unfortunately is based around certain looks). But you’d think that Directors Eduardo Sanchez and Daniel Myrick would have much more prolific careers, just like Oren Peli once he came out with the equally divisive “Paranormal Activity” (even if he became more famous as a producer). It’s possible that Sanchez and Myrick simply did not want to live within the confines of the film industry, or maybe they knew they would never be able to capture that same lightning in two different bottles. Maybe they’re assholes and they burned too many bridges before they could capitalize on their fame. Perhaps even Hollywood knew that “The Blair Witch Project” was only a success because of its ingenious marketing campaign and not for its disputable quality. I also find myself wondering if the highly unconventional production ended up causing a backlash against the directors. While they communicated with the cast via walkie-talkies and there was a detailed outline of the mythos, they weren’t actually present to direct scenes. There was no script or cinematographer. Everything was improvised and the actors were doing the filming, which may have caused many to doubt whether the directors should even be counted as directors. The fact is…I don’t know, this is only speculation. However, having seen some of the latter works of Sanchez and Myrick, I have come to the conclusion that “The Blair Witch Project” was a fluke. For whatever reason, the stars aligned and the gimmicks utilized by the production clicked, when they could’ve easily lead to disaster. Even the most iconic shot was accidental! I bring this up because Daniel Myrick seems to be trying to recreate the narrative of “The Blair Witch Project” for the subject of this review, “The Objective“. But even though you recognize many of cues and tropes, “The Objective” is nowhere near as terrifying. Or as memorable. Or as interesting. While this isn’t a found footage flick, “The Objective” is “The Blair Witch Project” gone wrong.

I REALLY wanted to like this movie, as I am fond of military-themed horror features and this one boasted an incredibly cool concept. A group of soldiers stuck in the desert of Afghanistan, haunted by some unseen force? Awesome. “The Objective” does benefit from a decent cast, solid cinematography and a nice location, so it’s not totally devoid of value. Myrick does a good job at building up tension and unease, making you wait with anticipation for the pay-off…which unfortunately never comes. “The Blair Witch Project” applied similar tactics, but usually it built up to something frightening. “The Objective” offers no such catharsis, no climax to the suspense. In place of the allegedly scary moments are crappy special effects, which are intended to be more mysterious than terrifying. This would’ve been acceptable if it wasn’t so blatantly obvious ‘what’ was terrorizing the characters and I’m stunned that they didn’t figure it out sooner. Strange lights in the sky? Mysterious vanishings? Malfunctioning equipment? Shady CIA Operatives? If you haven’t figured out where I’m going with this, don’t worry about it. You’ll likely predict who or what the ‘menace’ is within the first five minutes, although the characters don’t seem to have a clue until it’s spelled out for them (and they’re supposed to be witnessing this first hand!). I hate prematurely solving mysteries, as it makes the remainder of the runningtime less intriguing. The ending is supposed to be esoteric, but your first thought once the end credits start rolling will be “Huh?“. Once again, “The Blair Witch Project” also had a very strange, unsatisfying ending, but at least it made sense for the found footage gimmick and was properly foreshadowed. “The Objective” seems to be sequel baiting, even though it does not look like the kind of movie that would warrant a sequel. 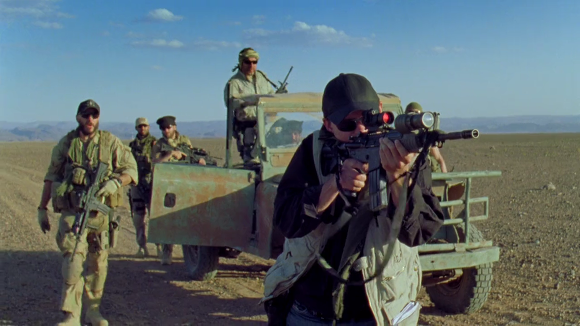 Some fans have called this a “thinking mans’ movie”, although I’m not entirely sure why. Is it because Keynes (Jonas Ball) has a “Apocalypse Now” styled narration? Personally, I thought the dialogue alternated between mundane and pretentious, while Ball’s voice acting was awkward. The funny thing is I liked the majority of his performance, as he excelled with the shady-but-not-heartless CIA Agent persona. I think it would’ve been even more suspenseful if there wasn’t any narration, as that would make the character unpredictable and you wouldn’t be sure whether or not he could be trusted. That is merely a missed opportunity which kept it from soaring higher, but I do believe his stiff line reading and the over abundance of ‘voice over’ dialogue were problematic enough to sink the film even further. The characterizations are very thin, but at least the actors all had very distinct appearances, so I never had any trouble telling them apart. They also played their characters very naturally and were convincing as bad-asses. There’s nothing ‘abnormally’ stupid about the writing or their interactions, although that doesn’t translate into “thinking mans’ movie” for me. I can’t really bring myself to discard this as a bad movie and I’m more frustrated than angry because I do see potential. I respect effort and ambition, which I believe was put into this project. The more I think about “The Objective“, the more I began to suspect that Myrick probably wanted to make the Science Fiction equivalent of “The Blair Witch Project“. Characters are often asking philosophical questions designed to make the audience ponder without providing answers, a staple of the genre (fact: most alleged ‘science fiction’ films are only using the genre as their setting, but usually fall into the action or horror category) and the ending is sort of a lightweight, shitty version of “2001: A Space Odyssey“. The problem with sci-fi is that it usually requires a lot more money to bring such a grand vision to life (SyFy on the other hand…), which Myrick obviously did not have, so maybe he had to resort to low budgeted horror tactics? I don’t know, but “The Objective” has the mindset and pacing of Science Fiction, while having the presentation of horror. Sometimes both genres can have a happy marriage, but in this case, they devoured each-other. Too slow and anti-climactic to satisfy the criteria for one genre, but lacking production value and imagination for the other.

In the end, “The Objective” kept my attention for awhile, but I quickly realized that the story wasn’t going anywhere and the suspense was being wasted, although I did laugh at some of the special effects. The dialogue either lacked finesse or tried too hard to con the viewer into thinking that it had finesse, so I got a little bored. Yet I have to give Myrick some credit for trying something a little different and at least the acting and locations felt authentic enough. “The Blair Witch Project“- in retrospect- was the luckiest movie on the entire planet, having the right cast and crew with the right ideas, boosted by the right marketing campaign at the right time imaginable. Remove one piece from that puzzle or even replace it with a better piece, then it’s possible that the entire movie would’ve fallen apart. “The Objective” has the right pieces for the wrong puzzle, perhaps revealing that Myrick was not brilliant, but once had a flash of brilliance- similar to M. Night Shyamalan, George Lucas, the Wachowski Brothers, etc. 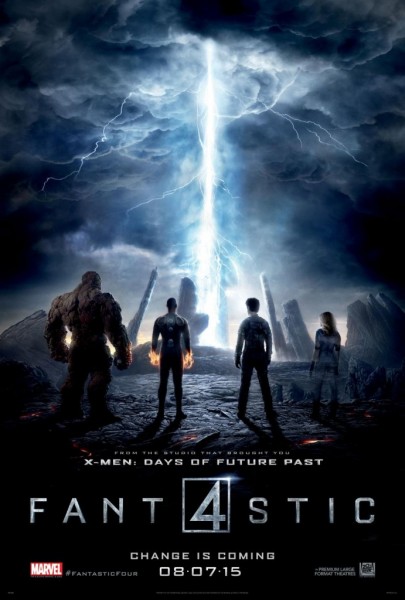 Coincidence? I’m presuming both films are ripping their posters off of something more respectable, although the thought of a big budgeted release borrowing from an obscure, forgotten flick like this makes me smile.

Violence: There is some, but most of it is very clean.

Overall: “The Objective” seems to be unsure whom its target audience is and makes the mistake of trying to be its genres’ equivalent of “The Blair Witch Project“. Not bad enough to hate, but not good enough to enjoy.