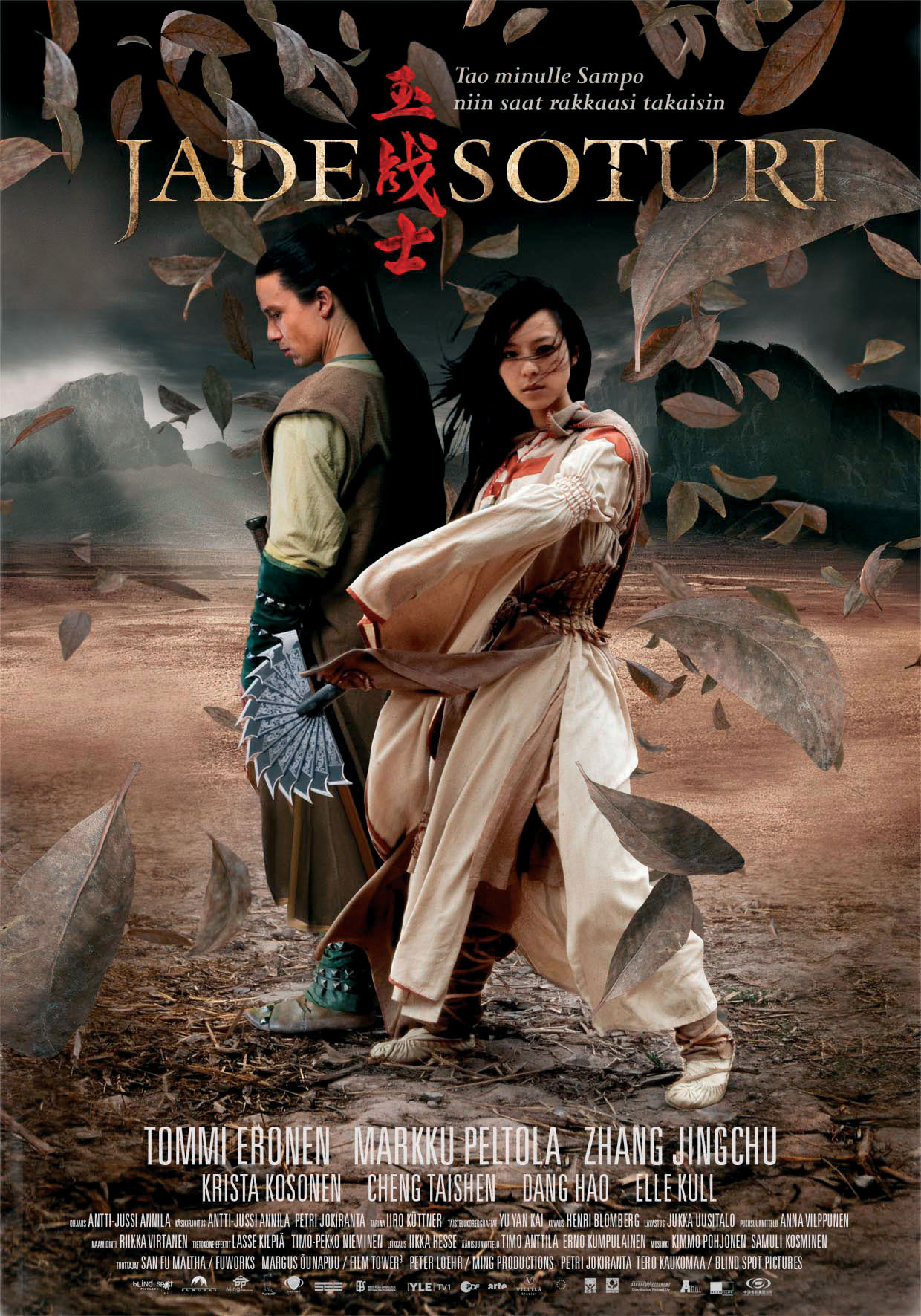 Plot: A failed blacksmith (Tommi Eronen) has lost all hope, having been dumped by his girlfriend (Krista Kosonen) and having nothing else going for him. But he soon learns that he is the reincarnation of a great warrior, whose fate was to slay a demon. Lots of talking ensues.

“Jade Warrior” has acquired a respectable reputation, because it was a successful collaboration between the Finnish and Chinese film industries. Finland has never really stood out in terms of cinema, but it appears to have finally caught the eye of the international market. It’s just too bad that “Jade Warrior” did little for me. It deserves at least SOME of its praise, because the movie succeeds where I thought it would fail. Honestly, “Jade Warrior” is one of those features that showcases a lot of talent. The screen-writer, director, cinematographer and actors all impressed me greatly. But as a whole, it just failed to come together.

“Jade Warrior” is very…talky. It’s filled with nonstop exposition and philosophical jargon. The dialogue is trying its best to sound poetic and deep, but instead sounds like…well, that it’s trying too hard to sound poetic and deep. In fact, despite being marketed as a martial arts epic, it is really just a heavy handed melodrama. Characters constantly talk about love, reincarnation and destiny. They even use the favorite Chinese cliché of two characters fighting, but the fight resembles a dance. So they twirl around in slow motion as the wind blows through their hair and sappy music plays in the background. What’s bizarre is that I actually liked some of the twists. While it goes down a very conventional love triangle route (contrivances and all), it does add a touch of humanity to the characters. I didn’t buy the love between Sintai (Tommi Eronen, playing both his past and present selves) and Pin Yu (Jingchu Zhang), but I did like the negative effect it had on him. The problem is that no time is spent on developing any relationships and the time-frame is erratic and vague. Instead, they go the “Twilight” route, where the lovers just stare at each-other and that apparently is the extent of their relationship. Still, I thought the actors redeemed this weak link somewhat. They have chemistry and made me care for their plights. 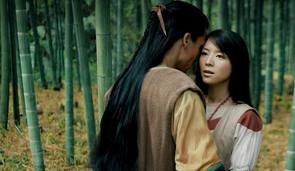 There is some cool stuff surrounding this tedium though. There are only a few fights, but two of them stood out as exceptional. The first was the courtship battle between Sintai and Pin Yu, which works because it’s driven by emotion, choreography and slick editing. The second is the rather vicious final battle between Kai and the demon. Considering I doubt that the actor playing the demon is a martial artist (not spoiling who, even though it’s obvious), it had a nice rhythm to it. For the rest of the battles, I felt the wire-work was acceptable, but a bit too obvious. Visually, “Jade Warrior” looks good. I had no complaints at how the scenes were staged, shot or edited. Sometimes it’s even exceptional, even if the CGI is a little gratuitous. The scene with the demon is strikingly moody, reminding me of a stylish, stage play. I know that sounds awful, but it works. Even when it’s obvious you are looking at a green-screen, it is aesthetically appealing. We’re not talking “Red Cliff” here, but it was a solid example of its kind. I also began to appreciate the score during the final act. It instilled a feeling of excitement in me that wasn’t present during the previous hour.

Unfortunately, I just couldn’t really get into it. The constant switching between the two time periods is hard to follow, but not because it’s confusing. It just continuously breaks up the pacing. I would start getting interested in the present scenes, only for it to transition to the past. Then I would become invested in that, only for it to cut away again. As time goes on, it became too dialogue oriented and I felt that it was all pathos, no depth. Every aspect of film-making is acceptable, but I felt the screen-writer bit off more than he could chew. I respect him for his ambitions, but “Jade Warrior” collapsed under those same ambitions. Still, I appreciate it for its strengths and I can guarantee that everyone involved with this film will go somewhere. I liked it on a 2/4 star level, but will give it a slight boost.

Violence: PG-13. A decapitated head, but it’s not especially graphic.

Overall: “Jade Warrior” is…sort of worth watching, if anything about it sounds interesting. I wouldn’t expect much though, but props to you if you end up enjoying it.