“Good Guys Wear Black”- which by the way, is an awesome title- was one of the first Chuck Norris vehicles that suffers from the same problems as most of Chuck’s earlier films. But like “Breaker! Breaker!”, “A Force of One” and “The Octagon”, there is something oddly appealing about them. They’re shoddily made, stiffly acted, poorly plotted and the fight scenes are few and certainly aren’t on par with what Bruce Lee delivered 5-10 years earlier. Yet there’s just something so alluring about them. 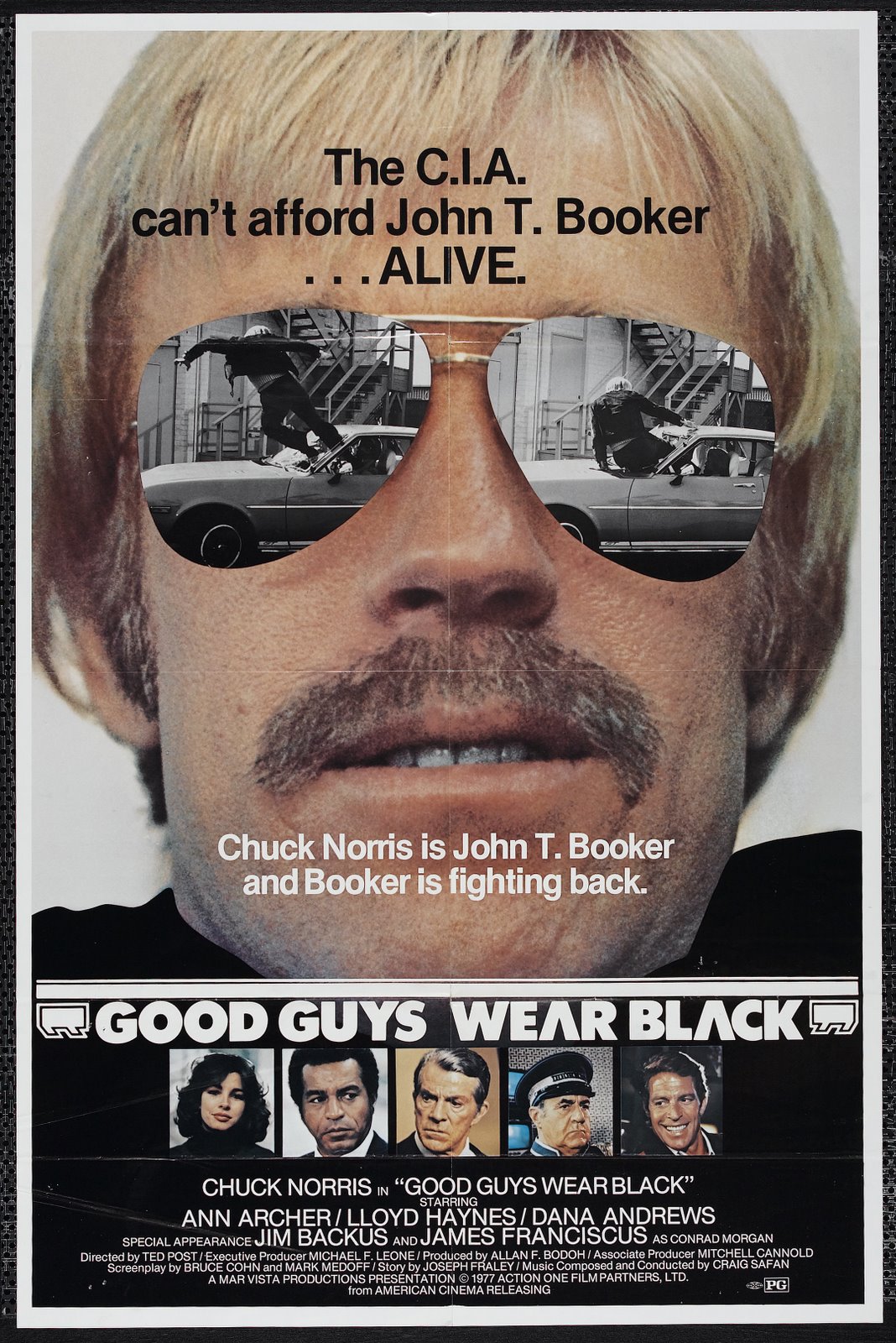 Plot: John T. Booker served during Vietnam as a CIA operative in a group known as the Black Tigers. When his crew was abandoned, he becomes disillusioned with the Government and retires. The War ends and he becomes a teacher who practices martial arts and test runs fast cars (a random addition to his character). When he’s approached by a mysterious reporter (Anne Archer), he learns that his former Black Tiger survivors are being killed. He has to warn them and figure out who is hunting them down before it’s too late.

Hmmm, how do I begin with a movie that does so much wrong and so little right, but somehow each side ends up canceling the other out? I know! Let’s start with the script. Actually, the script isn’t that awful. It has the occasional surprise and some of the dialogue is pretty snappy. It developed in a way that kept my interest but let’s face it, it is rather…stupid. I mean, it became redundant how when meeting with his former allies, they would say something like “let’s meet up later” only to die. I’m pretty sure if I ever meet someone I know is a target and they say “let’s meet up later”, that just translates to “I’m about to die“. Or how about that love interest story? Besides forgetting that Booker has a girlfriend already, we’re supposed to buy this relationship as something deeper than physical passion. Or what about the films biggest blunder? Booker spends the ENTIRE MOVIE trying to figure out who the bad guy is. The problem? We saw the Senator order their deaths in Vietnam. SO OF COURSE HE IS THE VILLAIN! I hate it when the protagonist spends the bulk of the film learning what we already know.

I’d like to say Ted Posts very workman-like direction breaths life into the feature, but it doesn’t add much. Post is a respectable director, being responsible for one of Clint Eastwood’s most under-appreciated efforts, “Hang ‘Em High” as well as “Magnum Force” (although Clint may have hijacked production from him). His direction is okay, perfectly unexceptional but not glaringly bad. When it comes to delivering the stunts, he does a solid job at not messing anything up. When it comes to the rest of the action, he’s competent if not forgettable. I liked the use of the score, which is pretty soothing. But the editing is rather awkward at times, the most glaring example being the transition from Vietnam to 5 years later. That was lazy. 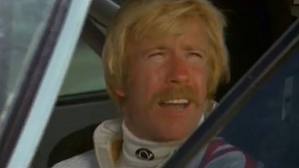 In terms of action, there isn’t a lot. Yet I was never disappointed in it either. The fight scenes between Chuck and everyone are rather lackluster, but that’s less Chuck’s fault and more the fault of America for not knowing how to choreograph fight scenes. It’s no surprise that “Way of the Dragon” (choreographed by Bruce Lee) provided the best fights from Chuck. Still, he manages to deliver some really well executed kicks and I did like the struggle between him and Mhin (Soon-Tek Oh). It’s not very polished, but you do get the impression that two genuine badasses are really trying to hurt each other. Beyond that, there are some good gun fights and some epic car stunts.

So why do I like “Good Guys Wear Black”, even if only marginally? The acting is okay but Chuck’s delivery is rather average. I’m also hesitant to refer to him as charismatic. Yet there is something about him and his movies that draws me to them. So I’m going to have to say that he has an understated charisma, not unlike Clint Eastwood, although Eastwood is a better actor. His movies might be clumsy or dumb, but there is a certain energy about them. “Good Guys Wear Black” constantly had me laughing at its ineptness or rolling my eyes, but I was never bored or annoyed. Yet there are also a handful of genuinely cool moments that will stick with me. Watching Chuck Norris kick an assassin off of a motorcycle or dive-kick someone through a car is pretty awesome, even if the editing nearly derails it. Everything bad about the movie is so inoffensively harmless that within a month or two, I will have forgotten about them. But the cooler moments likely will stick with me for a while. So wear your 2-star rating with pride, “Good Guys Wear Black“.

Chuck Norris would follow this up with “A Force of One”, my favorite of his earlier movies even though its final fight sucks pretty hard. I wrote a review of that once, but somehow it got lost. Maybe one day I will find it like I did with “Ghidorah, the Three Headed Monster”. Speaking of which, maybe I should go ahead and post that review…

Violence: Rated R worthy, albeit light R. There is some blood and violence.

Nudity: There is sex, but no explicit nudity.

Overall: “Good Guys Wear Black” is brainless and awkward, but it has enough cool moments to make it at least tolerable, if not a little enjoyable. Worth watching if you’re a Chuck Norris fan.