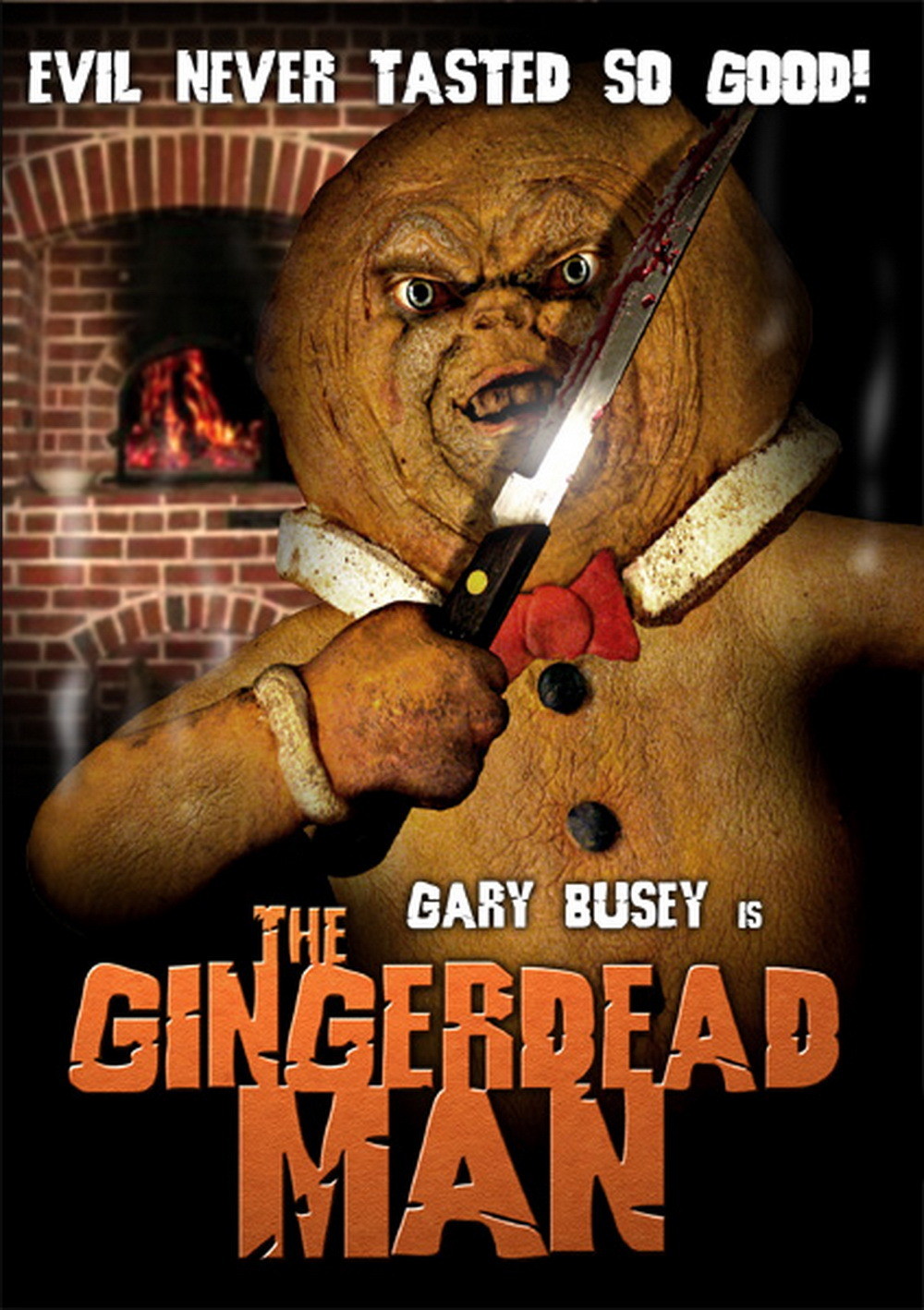 Plot: Millard Findlemeyer (Gary Busy) robs a diner and kills all witnesses with the exception of Sarah (Robin Sydney), whose Father and Brother were among the victims. She testifies against him in court and the killer is executed. Sometime later, Sarah is in charge of her Father’s bakery, which is probably on its last legs. Through bizarre circumstances, she accidentally bakes a killer gingerbread man that contains the soul of Findlemeyer himself.

I like screwing around with people, and a joke I’d tell my friends and family is how I was going to watch “Elite Squad“- a very respectable Brazilian film- and then an even better movie, “The Gingerdead Man“. When they’d do a double take on the name, I’d explain to them (with a straight face) that it’s about a killer gingerbread man, voiced by Gary Busey. “That’s supposed to be good?” One asks. I smile. “Of course.” and the funny thing is I’m not totally lying. I know that with a title like “The Gingerdead Man“, I can expect a crap sandwich. But I did believe that it would be a craptastic sandwich, a movie that would be every ounce of enjoyable as it is awful. Sadly, I was mistaken. Once you get past the amusing concept and title, “The Gingerdead Man” is surprisingly average and forgettable.

What exactly did I want out of this movie? I wanted gore. I wanted sex. I wanted amusing dialogue. I wanted deliciously awful actors and awkward special effects. I wanted to laugh at the movie, while also appreciating it for what it is: A good time. Instead, what did I get? A soap opera. A FUCKING SOAP OPERA! The bulk of the movie seems to encompass people talking about their feelings, about how hopeless and dreary life is. Our Heroine spends most of the damn film breaking down into tears and whoever is nearby has to comfort her. Soon, she gets a love interest who just shows up with no buildup. But suddenly they are connecting, talking about their past and why they are doing what they are doing. We witness with sorrow that their bakery is about to be taken over by a douchebag from fake Texas. That sorrow is not from the movie extracting emotion from me, but it’s from the fact that when I watch a killer gingerbread movie, I DON’T EXPECT TO HAVE TO ENDURE COUNTLESS TEAR JERKING AND HEART WARMING MOMENTS, which of course fail to be either. To make matters worse, the dialogue and acting are nowhere near as laughable as I had hoped. Everybody is just okay. Thankfully, Busey did deliver the kind of performance I had hoped from him: Over the top, but surprisingly controlled. It’s a shame that people are more interested in the fact that Busey is freaking crazy. Underneath all that psychosis is an actor who deserves better than this. I mean, Busey deserves to star in a splatter film about a killer gingerbread man, not a soap opera that happens to have a gingerbread man! 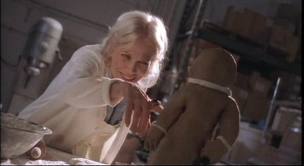 When the real protagonist of the movie- the character who is trying to kill these fools- shows up, my enjoyment increased. There are some legitimately clever jokes and even when the one-liners were just stupid, they at least kept me amused. I was annoyed that the Gingerbread man’s voice didn’t often sound like Busey’s, but at least the character was marginally entertaining. It’s too bad that the violence is startlingly minimal and there is no nudity. At the absolute least, I should’ve enjoyed the carnage sequences more. Obviously there’s going to be no atmosphere or suspense, especially considering that we know who will live or die before they even have to say anything.

The film does occasionally do something baffling though. I love how nobody seems to hear or see anything that goes on in the bakery, which can’t be that big. The Gingerbread Man knocks a girl out, covers her in whip cream, and nobody sees or hears anything? Guess they are too busy crying and expressing feelings. Or how about that the killer Gingerbread man acts nothing like his human counterpart? As a human, he seems compelled to kill but when he changes he just seems to enjoy doing it. Or how about those laughable effects? The movie has its moments where the badness becomes entertaining or the film inserts a good line or two. Or the movie will just become a little bizarre. But there would be a fun scene like the Gingerbread Man confronting a rat, yet then it will cut to a longer scene of people crying or talking. I wanted an entertainingly atrocious film that satisfied by carnal needs! Instead I just got a bad film that’s almost passably made. Ugh, below average is the worst level of bad!

Note: It’s listed under horror because it has a killer gingerbread movie that kills people, even if the movie is more interested in the soap opera angle.

Violence: Honestly, it probably could’ve been PG-13 as there are only two violent moments. The rest of off-screen.

Nudity: None, but there is one risque moment.

Overall: “The Gingerdead Man” is 40% fun, 60% boring. I don’t like those odds. Don’t bother unless you can watch it for free.