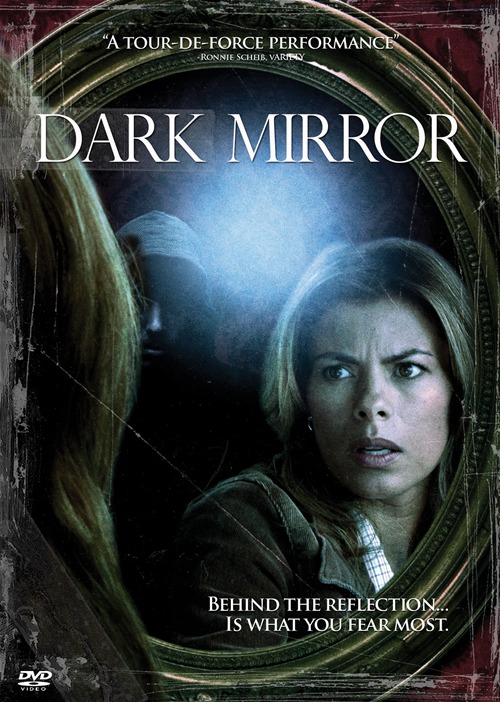 Plot: Deborah (Lisa Vidal) is a struggling photographer who currently is just trying to be a good wife to Jim (David Chisum) and a good mother to Ian (Joshua Pelegrin). They move from Seattle to L.A, finding a mysterious but nice house that they decide to settle in. At first, everything is preachy but soon, ominous events occur. It appears that whoever Deborah takes a photograph of, vanishes without a trace. So she sets out to solve the mystery behind the house and what she discovers is shocking. Well, shocking to her, predictable to us.

The story is about a family who moves into a new house and everyone is so happy and lively, but eventually the Mother begins to see things, which causes tension between to arise. It turns out they are living in a haunted house. This is easily the most original concept ever conceived in the horror market! That, or I am being sarcastic. Seriously, movie?! SERIOUSLY!? It’s like the filmmakers got together and announced their ambitions as: “Let’s make every haunted house movie ever made!”. So began long periods of research where they gathered all of the cliches together and created the monster known as “Dark Mirror”. The only thing this movie lacks is the kid who sees ghosts. This level of mundane writing is unforgivable. Sure, the whole idea of with the mirrors was sort of interesting, but that’s one intriguing idea about of a thousand generic ones.

But not only do the writers create the most conventional haunted house movie of all time, they also wrote a highly incoherent one. There’s a lot of subplots that just didn’t feel necessary, especially the bit with Deborah’s Mother (Lupe Ontiveros). There is some build-up with the old, Japanese lady but that never comes into play. When the film starts piling on the twists, it either creates plot holes or makes the characters seem that much more idiotic. It throws out common sense so it can surprise us, but the surprises aren’t very surprising. The movie tries to be ambiguous as to whether it’s all in Deborah’s head or if there is a real supernatural presence, but the film is so clumsy about it that you’ll figure everything out almost immediately. When the movie busts out the final reveal, I had already figured it out within two minutes of the opening credits. Although granted, MAYBE SPOILING THE FUCKING ENDING IN THE OPENING SHOT WAS A BAD IDEA! There’s a lot of unexplained questions too. The movie never gives any answers and sometimes this works, other times it doesn’t. Usually it didn’t.

But James Wan’s “Insidious” was just as cliched, and I gave that a positive rating. So technically, “Dark Mirror” can be partially redeemed by a strong execution. Unfortunately, Pablo Proenza is about as ambitious as a director as he is a writer. He uses flash cuts, distortions and (bad) special effects, all traits belonging to the realm of shitty direct-to-DVD movies. The kills are very flat. Usually a person will just hear a noise, possibly investigate it (dumbasses), turn around and a shadowy figure will be right behind them. Then it cuts away. There’s no gore, no real buildup or atmosphere. It’s just trying to be jumpy and it USES THE SAME TRICK EVERY TIME! I will concede that there is one really good jump scare near the end. But that’s not enough to redeem a crappy film.

“Dark Mirror” is just boring. In terms of story, we’ve seen all of this before and the script is very unfocused when it comes to juggling its characters, subplots, twists, etc. If you’ve seen any haunted house movie like this, you will know exactly where it’s going and the journey provides no suspense, intrigue or anything that could’ve kept my interest. The direction is bland and uninspired. The acting is pretty good, but sometimes the dialogue or the situations at hand will be so utterly insipid that even the actors cannot overcome these obstacles. I can accept misfires or failed experiments as long as they put effort into their work. I can forgive a bad movie if it has something for me to grasp onto, whether it be cinematography, atmosphere, gore, nudity, etc. “Dark Mirror” has nothing. It’s bad, but in a very mundane way.

Nudity: None, but it gets pretty close when Vidal puts on nothing but a maid outfit. Sure was sexy!