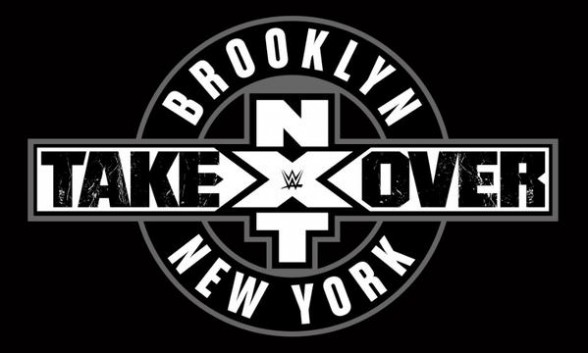 MartialHorror cuts a,promo on WWE NXT!!! This page is dedicated to all of the storylines and matches leading up to the big Special Event of “NXT TakeOver: Brooklyn (2015)“. These are only my personal opinions and because MartialHorror is a babyface, I won’t claim that mine are any more valid than yours. I am a humble reviewer who merely wishes to put my thoughts out there.

Previously on NXT… Finn Balor defeated Kevin Owens for the NXT Championship at the “Beast in the East” special, which was an exceptional match, even though it wasn’t an official NXT special. Blake and Murphy (with Alexa Bliss) and Sasha Banks had successfully defended their titles at “NXT TakeOver: Unstoppable“, securing their reigns and tying up the loose ends on these feuds. Baron Corbin continued to dominate with ease, while Samoa Joe made his big entrance at “Unstoppable“.

Episode 288 (7/22/2015): Finn Balor opens the show with an emotional- OHMYGOD! EVA MARIE IS WRESTLING! RUN! RUN FOR YOUR LIVES! In all seriousness, her re-debut match was pretty awkward and shaky at times, but she has improved quite a bit. I don’t want to see her suddenly become a Title Contender right now, but I can bring myself to watch her, so…baby steps. Baron Corbin picks up another win before you can even say “squash matc-” oh wait, it’s over. I thought the Emma/Dana interview segment was weird and their acting wasn’t very good. Charlotte’s interview ‘was’ good though and the big NXT Championship contract signing was great. The rest of the matches were fine, but didn’t stand out much.

Episode 289 (7/29/2015): This night seems to be dedicated to Tag Team action, with the first two matches being ‘Cass/Enzo vs…some guys’…When I first saw them, I immediately thought “Jobbers”, except they ended up winning…The crowd didn’t react much and while they might develop into something special, I thought this Tag Team was pretty boring. The second was ‘Jason and Gable Vs…some more guys’ and it was a pretty good match. I like Jason and Gable’s chemistry together and their backstage interview was pretty funny, especially when they took a shot at the ‘Hype Bros’. Dana Brooke’s backstage bit felt…off, like she was having difficulty memorizing her lines or something. But her match with Charlotte Flair was pretty good- and yes, I am aware that I’ve summed up every match was ‘pretty good’ so far. The Main Event was pretty…solid, but the post-match finish made the babyfaces look a little weak. This show was…ugh, dammit…pretty good….

Episode 290 (8/5/2015): The opening match is ‘Charlotte Vs Bayley’ and it was quite the exceptional battle. The action was intense, exciting and I was drawn into this in-ring storyline. Baron Corbin and Tyler Breeze both get squash matches while the Hype Bros have a pretty solid outing against those guys whose names I can’t remember. I really loved Michael Cole’s interview with Kevin Owens, while Finn Balor’s equivalent with Saxton sort of underwhelmed me- admittedly, it’s hard to be the pure babyface in these segments and remain entertaining. It’s so much easier to be a douche, which Owens excels at. The Main Event is ‘Samoa Joe Vs Rhyno’ and it was a good match, with both men showing off their strengths and doing some maneuvers that you wouldn’t expect to see them pull off. While I hate the stupid Bull Dempsey ‘losing weight’ sketches, I thought this was a strong NXT outing.

Episode 291 (8/12/2015): Because I’m currently behind in watching anything wrestling related and I didn’t get time to type throughout my viewing experience, I’m only going to write a general overview. I REALLY enjoyed this episode, which provided good matches, promos, backstage sketches and story developments. I can’t stand Baron Corbin, but I’m really looking forward to his feud with Samoa Joe. ‘Becky Lynch Vs Bayley’ was an excellent Main Event and I’m looking forward to her match with Sasha Banks.

Episode 292 (8/19/2015): Bayley and Sasha have a contract signing and while I like the uber-hugger, she just lacks the charisma and promo skills of Sasha- who stole the show X2. Nevertheless, Sasha did a phenomenal job at getting the crowd on Bayley’s side and it was very satisfying when Bayley got violent. Tyler Breeze gets another squash match, although I liked his subsequent actions to the poor jobber. The Hype Bros and Enzo/Cass unite to fight…people, in a solid but unremarkable match. Samoa Joe enters the ring and I turned away for just a little bit to wash my hands and he had already picked up a squash win. I was thinking ‘Baron Corbin better not have a…oh, there he is’. Thankfully, it’s just a ramp beatdown and Corbin looks PISSED. Finally, some emotion! The Tag Team Champions take on some guys whose names I can’t remember, which is on me because this team impressed me. I find them to be more interesting than the champs thanks to their dynamic personalities and this was the best match of the night. Kevin Owens epically trashes the crowd and eventually Finn Balor strikes back. This show did its job of promoting the big special event, even if the episode itself was underwhelming.

6) Baron Corbin Vs Samoa Joe: Another tough call, but I’m rooting for Joe.

9) Jushin Thunder Liger Vs Tyler Breeze: I’m going with Breeze, but I could be wrong.

Jushin Thunder Liger Vs Tyler Breeze: While there were a few awkward and dead moments, I thought this was an engaging match. I enjoyed Liger’s personality and Breeze’s mental breakdown (when the referee was enforcing the rules upon him). The pacing was smooth, the storytelling was solid and the action was satisfying- even if it was all upstaged by the novelty of Liger appearing on NXT. You will remember that fact more than the match itself. 3/4 stars.

TAG TEAM CHAMPIONSHIP– Blake and Murphy Vs The Vaudevillains: The Vaudevillains bring out Blue Pants to be their counter for Alexa Bliss. The problem is that Blue Pants has stolen the crowds attention. Random Note: I kind of feel like Enzo and Cass should be the #1 contenders right now…I didn’t really like the first half, primarily because I wasn’t feeling this feud, but I eventually got invested. The Vaudevillains worked well as the underdogs and their odd moveset won me over. A good, fun, quirky match, if a bit underwhelming for NXT.

Apollo Crews Vs Tye Dillinger: Crews seems to be confused as to who he is while coming down from the ramp, maybe because WWE changed his Wrestling name? I’m surprised this wasn’t a squash, as Dillinger put up a strong fight even though he obviously wasn’t going to come out on top. The match itself was okay, but did its job in getting me interested in Crews. He’s very athletic, strong and appears to have a charismatic personality based on what this showed me.

Samoa Joe Vs Baron Corbin: I couldn’t get into it, as Corbin’s style bores me. But it was probably his best match and it was interesting seeing Joe take him to the limit. Even I was taken aback by the resolution. I’m actually curious what will happen next, as Corbin is slowly developing a more compelling persona.

WOMEN’S CHAMPIONSHIP– Sasha Banks Vs Bayley: This. Was. AWESOME. This match embodied everything that NXT represents and reinforces why NXT’s women’s division is on fire. Both women showcased a variety of stylish and highly advanced techniques, while making sure to excel when delivering high impact and unique spots. The pacing was perfect and they told a strong in-ring story. This stole the show for me. In fact, it’s probably my favorite match of 2015 and might even be the best I’ve seen since I got back into wrestling.

NXT CHAMPIONSHIP– Finn Balor Vs Kevin Owens: Maybe I’m getting spoiled, but this isn’t my favorite Balor entrance. At first, I thought the pacing of this match was off. After the epic previous bout, this was just feeling sluggish and dull. However, over time the attacks became increasingly more brutal and the intensity really picked up- and the connection between me and the match was made. The dangerous spots weren’t just jaw dropping, they were TERRIFYING. I found myself continuously cringing during the final half, as I was sure Kevin Owens was trying to kill Finn Balor. Of course, I know that they are putting a performance, but I was drawn into the struggle between these two characters. I wasn’t seeing ‘Professional Wrestling’ as a critic who understands that this feud is scripted. I was seeing two Titans clash and one was trying to take the other out of the competition for good. I was…a mark…This doesn’t happen very often to me, so that was an awesome experience. In retrospect, the slower beginning was necessary to make the finale more impactful. Is this ladder match superior to their bout in Japan? It’s not as smooth or as consistently entertaining, but it is a lot more violent and suspenseful. It depends on your personal preferences, I guess.

OVERALL: This was an awesome ‘TakeOver’ event and Summerslam is going to have a problem trying to compete with it. There were two phenomenal matches, two good ones and two who served their purpose to give us a breather- while still being alright. But what made the show work was the overall pacing. Every match was paced to build to its own personal climax, but they also moved in a way to compliment the other matches. I could’ve lost interest after ‘Apollo Crews Vs Tye DIllinger’ and ‘Samoa Joe Vs Corbin’, but then the ladies kicked my ass with something exceptional. But even that match could’ve burned me out, if it wasn’t followed by an awesome- but very different- main event. Had the Women’s match taken place after the Tag Team Championship, everything else might’ve put me to sleep, which would’ve also been my fate if it had opened the show. If the placement was any different, I think I would’ve gotten tired and impatient, even if the quality of the matches remained unchanged. But each bout offered something unique and special, with both the Women’s NXT Championship match and Men’s NXT Championship match being awesome, but also delivering different kinds of awesome- making this a very satisfying NXT TakeOver. On another note, my biggest problem with NXT is its crowd, who either cheer everything or nothing. But the Brooklyn crowd maintained their enthusiasm while usually being respectful.