(Written and Directed by Han-min Kim) 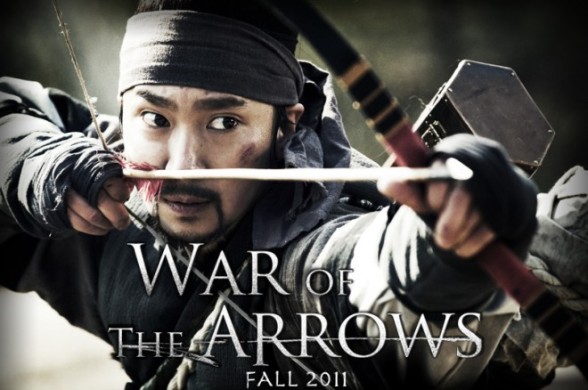 Plot: Set during the second Manchu Invasion of Korea, Nam-Yi (Hae-il Park) must put his archery skills to the test when his sister (Chae-won Moon) is enslaved by the invaders. He must track down her captors, kill them and rescue the girl. But he himself is being hunted as well…

After watching “War of the Arrows”, I wasn’t sure if I should review it. Even though archery is technically a ‘martial art’, which automatically qualifies it as reviewable, I can’t say I’m qualified to review it. I know very little about bows, arrows and what constitutes as proper form and technique when using them. Furthermore, I’d argue that “War of the Arrows” is more of an epic adventure-action story than it is a martial arts flick. But beyond everything, I just don’t think I have too much to say about it. Still…I’ll try. “War of the Arrows” can be argued as a South Korean interpretation of “Apocalypto”, although it lacks the artistic touches and expands upon the set-up. I don’t believe it will be remembered as a highlight of Korean film-making, but it is thoroughly enjoyable.

The first 30 minutes or so are dedicated to fleshing out the characters and the situations they are in. Nam-Yi is a flawed hero, being insecure about his heritage as a ‘traitor’, having a cowardly streak and he tends to get angry at people for petty reasons. His sister, Jae-in, is a much sturdier person who almost feels like she would be the better lead if she wasn’t being put in peril so much. With that said, she has plenty of kick-ass moments herself. She’s engaged to Seo-gun (Mu-Yeol Kim), who is the opposite of Nam-Yi. He’s more refined, but also seems to lack a backbone…to an extent, anyway. The cast portray their characters very well and I was interested in them as people. Over time, Nam-Yi learns to confront his fears and do something with his life, but he never becomes too badass. He has a vulnerable streak, which increases suspense. Seo-gun also proves himself as heroic and while he eventually seems to exit a large chunk of the story, he’s pretty likable too. The villains are also humanized. The antagonist, Jyushinta (Seung-yong Ryoo), cares for his men and relentlessly hunts Nam-Yi because our hero killed members of his own family. It creates a nice dilemma. It should be noted that these characterizations offer nothing new, but “War of the Arrows” takes an old formula and executed it effectively.

The arrow combat…Jeez, how am I supposed to describe this? It looked authentic enough? Obviously CGI had to be used, but it never looks like CGI. I believe the best aspect of the combat is watching the strategies unfold. Nam-Yi is at a disadvantage in terms of numbers, so he uses that to his advantage. He focuses on sniping the enemies, but the bad guys also have their own strategies. They adapt to his tactics and this made them more threatening. I liked the different kinds of arrows and how they are used. Honestly, I don’t find archery to be very interesting in itself, but “War of the Arrows” made it interesting.

After the first act ends, the film picks up the pace and begins to move incredibly quickly. From then on, it seems like one action scene follows another. Characters are always running, exchanging arrows, sniping, planning, searching, fighting and being attacked by conspicuously CG tigers. “Resident Evil” was also non-stop action, but I complained that it was more exhausting than exciting. Why does “War of the Arrows” avoid this flaw? I guess it’s because there seems to be more of a variety with its action sequences. Even though the majority of the fighting takes place within forests, I didn’t feel any of the action scenes resembled previous action scenes…which is impressive because 90% of the battles are driven by arrows. Therefore, the movie never became stale. The director also does a good job at staging the action, so it’s not incomprehensible and the cinematography provides plenty of gorgeous shots. Even detractors will concede that it’s a nicely produced film. 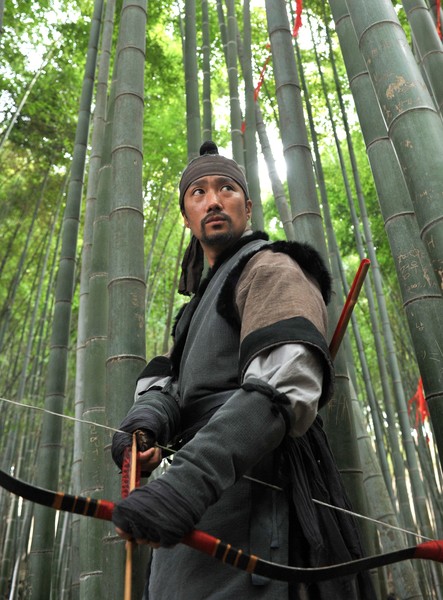 Violence: Rated R worthy. Nothing extreme, but it does contain some brutal moments.

Nudity: None, but there is the threat of rape.

Overall: “War of the Arrows” is worth watching if you like epic adventure-action films or you want to see an archery themed action flick.