A FORWARD: This was a script I had intended to film, but when I started to put it on camera, I had a sore throat and couldn’t really pull off the angry bits without my voice cracking. It was very awkward. So I decided to release this in written format. Whenever you see a “-“, that mean I’m on-screen when I deliver that bit.

-So I was looking through the list of 2013 theatrical releases and my heart sank as suspicions were confirmed: This year sucked when it came to its cinematic output.

Sure, there were an unlimited amount of okay movies, but there were very few films that left me with a feeling of enthusiasm. Everything disappointed me on some level, even if I didn’t think they were bad. If you want to know what my favorite flicks of 2013 were, please check out the link in my description (HERE). If you wish to share in my suffering, watch on.

Since opening my website back in 2007, I’ve kept tabs on my favorite and least favorite films. Most theatrical releases are superior than direct-to-DVD outings because more money and effort are put into them

Most bad movies, well, distributors won’t even try to make a big deal out of them. When you combine the movies I panned during 2011 and 2012, you reach a total of 9, which means that those two years combined didn’t piss me off as much as 2013, which saw me panning TWELVE MOVIES

– 13, if After Earth is as terrible as I’ve heard (TITLE CARD: One Viewing Later). It’s not good, but it’s not as terrible as I heard. WHY AM I DISAPPOINTED. Fuck, I saw 47 Ronin after this list too. So yup, 13 again.

There were more movies I hated than loved, which has never happened to me before and I didn’t even see all of them. I didn’t watch “Olboy” and “Runner Runner”, nor did I view “Smurfs 2”

– that’s what Jake and Irving are there for.

or Percy Jackson 2. because the first one also sucked, or Movie 43. the movie that boasted an amazing cast who all wanted out of making Movie 43, and while God might forgive Nicolas Refn for “Only God Forgives”, I won’t.

-Or at least that’s what I would say if I saw it…although it will be really awkward if I end up liking that movie.

Anyway, so I hated this year. What made It to the list? Special mentions go to “I Spit on Your Grave 2” for being god awful boring and “Death Race 3” for just being ineptly made. Both sucked enough to make the list, but I’d feel kind of bad placing them next to their big budgeted brothers. Anyway, we begin with the “best” and end with the worst. Just remember that no matter who the winner is, everyone loses.

Note: If the is the text coloring is black, I did not do any kind of review of the movie. If it’s blue, I’ve done a written review. If it’s red, I’ve only a vlog. If I did both, you’ll see that in my description.

12) Dead Man Down: It has a good cast, a story with a lot of potential and interesting characters…so why am I so disinterested in what they’re doing? “Dead Man Down” is a lifeless, dull suspense thriller that wallows in slow pacing and a misguided belief that it is art. “Dead Man Down” is only art if art means boring, in which yes, “Dead Man Down“is art- because it’s boring. Speaking of art…I mean, boring…

11) Phantom: I like submarine thrillers, but the problem with “Phantom” is despite being loosely based on a true story, it feels like a rip-off of “The Hunt for Red October”, except it’s kind of cheap looking and devoid of excitement. This feels like a direct-to-DVD release that somehow snuck it’s way into theaters. I wanted to enjoy this, but it sunk like a Rock from “The Tooth-fairy” to the bottom of the Ocean. Yet the dullness hasn’t stopped there.

10) 47 Ronin: Describing this film out loud makes it sound like it should be entertaining, whether as being genuinely fun or so bad it’s good. Yet the final result isn’t much of either. The screenplay is unfocused, the special effects are unimpressive and the direction is inconsistent. It’s a trainwreck to behold, and while it probably should technically be lower on the list- or higher?- it did provide some laughs. Which automatically elevates it above the next entry. To see my vlog, go HERE.

9) Scary Movie 5: Believe it or not, even if the previous “Scary Movie” entries weren’t good, they always seemed more driven by effort and maybe even inspiration- at least compared to the competition (Show poster for “Disaster Movie“). “Scary Movie 5” feels like…well, the competition. Lazy joke followed by lazy joke, and I aint laughing. The filmmakers might’ve just killed a franchise that didn’t even need to rely on quality in the past, so…good job?

8) A Haunted House: Um, I thought I already talked about Scary Movie 5…Oh yeah, these were two different movies. It felt like the filmmakers of “A Haunted House” shot 86 minutes of ab-libbed material and then released that into an 86 minute long movie. Seriously, I’m convinced that they included all the different re-takes based on how certain scenes are edited. Everyone in this movie seems to be having fun, but no one seems to be trying and at times, it’s as if “A Haunted House” forgot it was supposed to be a parody of “Paranormal Activity” and started to see itself as an official sequel, as there are large chunks of time where there seems to be no laughs. Either way, I was bored.

7) You’re Next: Is it better to be a conventional movie that’s kind of boring, or an ambitious movie that’s really annoying? I’m not sure, but I strongly disliked “You’re Next”- a home invasion thriller that thinks it’s being clever- which rarely works out for home invasion thrillers (Show poster for “Funny Games” and maybe its “remake“). The tone is all over the place, ranging from taking itself too seriously to morphing into some bizarre satire. But above everything, I hated everyone and wanted them to die within the first five minutes of the story…and “You’re Next” made me wait for a long, long time. But “You’re Next” at least tried when compared to my next entry. To see my vlog, go HERE.

6) Mama: I could not take this movie seriously. It starts off as the predictable, bland modern day ghost flick that I’ve grown to hate. It follows all of the clichés, down to the golden rule of making the protagonists so unlikable that you begin to pray for the overused downer ending. Except “Mama” is also filled with unintentionally funny moments and has this tendency to make the titular specter very unscary. The ending also feels like it belongs in a fantasy, not a horror film. But hey, at least it does a few things differently. That makes it SLIGHTLY superior to

5) Dark Skies: Which does nothing differently except give us a different threat. Take the modern day Paranormal Activity formula, replace ghosts with aliens and you have “Dark Skies”, who falls victim to every cliché in the modern ghost story book. Which is really impressive when you remember it’s not a ghost story. It’s also not scary, or interesting…I battled with sleep while watching it, and while I ultimately won, I kind of wish I failed…because “Dark Skies” certainly did. To see my vlog, go HERE.

4) Texas Chainsaw 3D: Despite claiming to be the true sequel to the original classic, it’s made even worse by being related to the original classic. It’s a below average slasher with weak acting and unsympathetic characters, but it turns Leatherface into a sympathetic protagonist. Not an anti-hero, but a hero. Who cares that he took glee in killing and torturing his victims in the original, he’s now a good guy. God, this franchise needs to die. There’s more retcons and rebooted sequels than there are normal sequels and original entries. To see my vlog, go HERE.

3) Getaway: This is probably the worst movie of 2013 on a technical level, being poorly directed, shot, edited and written. The production values suck and while it has a good cast, there’s nothing they can do with their flat characters.  It’s badness needs to be seen to be believed, but you don’t need to see it, so just believe it.

2) A Good Day to Die Hard: The stunts and production values are impressive, making it superior to “Getaway”, but I hate it so much more. The editing and camerawork makes the action incomprehensible and the writer doesn’t seem to understand what made the original film so compelling. Bruce Willis has just cemented himself as the most boring action lead ever, shocking considering “Die Hard” made him one of the most compelling action leads ever. I know “Getaway” is worse, but “Die Hard 5” made me much angrier. .

But the movie MartialHorror wants to shove a spear up their asshole and through their mouth the absolute most has to be.,. 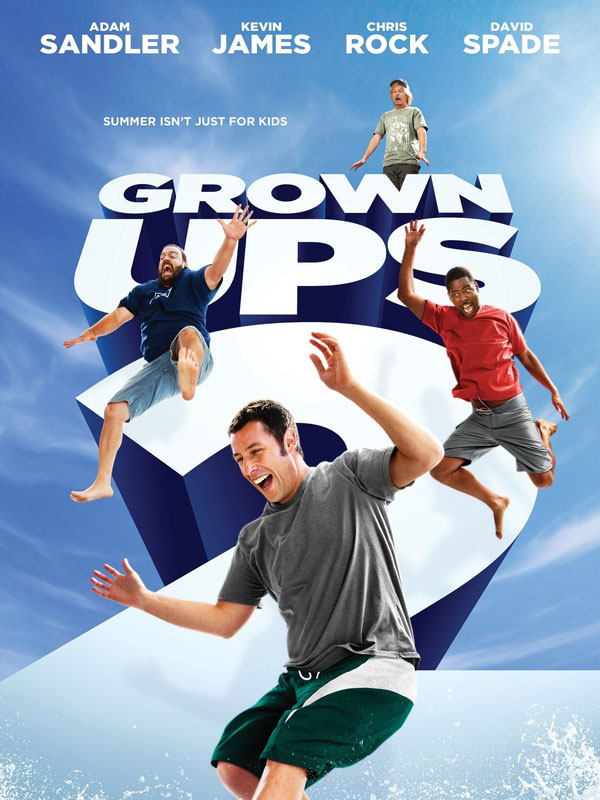 -And that’s all I even want to say about that. Anyway, I hope you enjoyed this list! Hollywood, please stop abusing me. I probably spend $1,000 on you a year. I could do so much more with my money than pay to see your awful output.

Yet I don’t mind it because I love going to the movies. I know you’re all business minded, but if you keep delivering the crap you did in 2013, you might make a quick immediate buck but you’re reputation will diminish until we start avoiding you- like I’m doing with Adam Sandler. Seriously, Adam, I used to go to the theaters to view your stuff all the time. But I haven’t been to the theaters for one of your movies since 2012’s “That’s my Boy“. Prior to that? “You don’t Mess with the Zohan“, which came out in 2008.

-I’m debating banning Adam Sandler movies from my netflix account, which still tolerates the works of Steven Seagal. So please, Long Live Good Movies, because the bad ones should be castrated and forced to eat their own genitalia.