“Twilight Zone: The Movie” was a theatrical adaptation of the 1960’s show of the same name, designed to be an anthology with four big directors helming each segment, complete with an all star cast. Steven Spielberg (“Jaws”), John Landis (“The Blues Brothers”), George Miller (“Mad Max”) and Joe Dante (“The Howling“) were the star directors and the project was intended to be a big deal. Unfortunately, a real life tragedy occurred on the set when star Vic Morrow and two children were killed in a freak helicopter accident. That is all anyone remembers this movie for and probably for good reason. The deaths were due to gross negligence and general stupidity. The casualties loom over the project, ensuring that they are not far from your mind during the viewing of the film.

The film opens with a driver (Al Brooks) and his passenger (Dan Akroyd), driving along a dark and narrow road while listening to music and making jokes. It ends with a surprise and the classic “Twilight Zone” tune begins. While not as funny as it wants to be, nor as scary as I wanted it to be, it is a nice start. The arrival of the iconic theme song sure got me in the mood for the rest of this movie. This segment was directed by John Landis but for the rest of this review, I’ll cover each story individually. 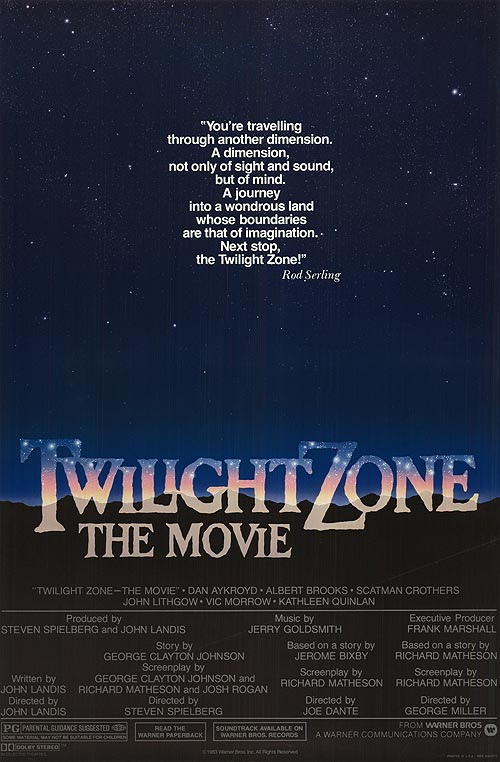 (Written and Directed by John Landis)

Plot: Bill Connor (Vic Morrow), a bigot whose expressing his racism because he lost a promotion to a “Jew”, finds himself trapped in time. He has to live his life as a victim of the Holocaust, the Vietnam War, and the KKK. 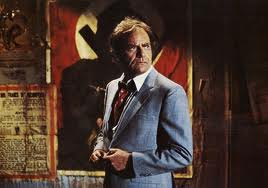 I remember watching some television program that showed the real life death’s of this segments victims, although I don’t really remember what the context was. They showed two angles, one being a close-up where you can make out Morrow’s face but suddenly Morrow and the kids are gone and a floating helicopter now lays where they just were. The second angle is a wide shot where you see the copter fly off-screen to the left before barreling into the trio. They aren’t graphic, but two moments freaked me out more than anything. The first is I am sure I saw what looked like a severed head floating around, although I’d like to think it was just light reflecting off the ripples in the water. The second was a black and white photo of the helicopter behind them. Even though nothing even resembling the sequence appears in the film, I was constantly having flashbacks every time I saw Morrow, which was every scene in the segment.

In itself, “Time Out” isn’t that bad. In fact, I’d say it’s the second best entry in this movie. The bulk of the segment is fast paced and intense, a harrowing roller coaster ride. Is it redundant? Sure, but it’s not long enough to really matter. Ironically, my favorite scene is the films ‘calm before the storm’ moment. Bill exits the bar and notices that there is something different about the city, it being complete with swastikas and German soldiers. Morrow’s acting is great in the film, but his “the hell” expression is priceless. Landis’ direction is crisp and edgy, but the accident really sunk this poor segment. The film lacks a true ending. It just stops without resolution and it’s glaring because you keep thinking that it’s leading somewhere big. Obviously this would’ve been the helicopter segment, but since they obviously couldn’t use that, it has no ending. This just adds to the awkwardness and makes “Tim Out” even harder to watch. It dissolves what otherwise would’ve been a stellar short film.

Plot: Mr. Bloom (Scatman Crothers) arrives at a retirement home and teaches its residents how to be young again, by literally turning them back to children. 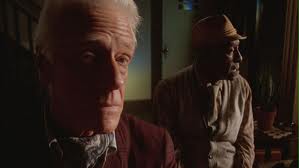 Erm, I’m not familiar with the TV show all that much, but this is not what I think of when “The Twilight Zone” comes to mind. This isn’t horror and it’s barely science fiction, it’s just a children’s fantasy film. It has nice cinematography, a good performance by Crothers and a few charming moments, but it’s too heavy handed and sappy. Every emotion is beaten into us without any kind of pause or break. The attempts at being whimsical are so mawkish that it’s almost hard to attack it. Just treat it like the retarded kid of the group and move on.

It should be noted that Spielberg shot this after the “Time Out” incident and allegedly was miserable about that during the filming of this (even choosing a different story). It’s obvious Spielberg didn’t really care, but it wouldn’t be that bad if it didn’t betray the tone of the first and latter two stories. It just comes across as out of place and awkward.

Plot: Kathleen Quinlan stars as Helen, a schoolteacher who is moving to a new town. When she unintentionally hits young Anthony (Jeremy Licht) with her car, she drives him to his house. She meets his family, but they all act very strange around the boy. It turns out he can create and manipulate his own dimensions that he keeps them all trapped within. 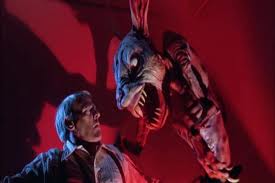 “It’s a Good Life” showcases some cool, hallucinogenic set pieces and some startling practical effects, but it also overuses its cartoonish atmosphere. I understand where they were going with this, but it eventually became claustrophobic for the wrong reasons and all it induced from me was a headache. I also felt the ending was rather lackluster. So far, my biggest problem with “Twilight Zone: The Movie” is that all of the endings are bland and unsatisfying.

Actually, let’s just replace endings with pay-offs. “It’s a Good Life” is the type of movie that will deliver some awesome monster designs, but never does anything with them. It’s SO DAMN FRUSTRATING!Yet somehow, it manages to be the most inspired entry for the film. Like it or not, it certainly isn’t forgettable.

Plot: John Valentine (John Lithgow) can’t stand flying, which makes his current flight during a storm rather hellish. It gets worse when he sees some sort of monster on the wing of the plane.. 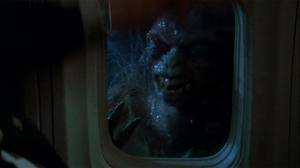 This is the best segment of “Twilight Zone: The Movie”, although that doesn’t necessarily mean a lot. Lithgow delivers a fantastic performance while Miller creates an intoxicating atmosphere that only becomes more intense and frightening as the story progresses. The monster is pretty freaky looking and when Miller wants to use it, he delivers some pretty scary sequences. It is a little redundant. In fact, that’s the only thing keeping it from greatness. Pretty much it’s just Lithgow freaking out when he sees the monster, everyone reacting badly to his freaking out and the process continues. Luckily though the edge is never lost and this is really the only segment that was as good as it should’ve been.

Had Vic Morrow not been killed, Landis would’ve had an actual ending and Spielberg would’ve probably delivered a much better movie. Because these segments were the films first impression, “Twilight Zone: The Movie” never really recovers. These stories aren’t bad, but the problems continue to compound until they become irritating. Maybe if I wasn’t complaining about pay-offs so much during the first two stories, I would’ve liked “It’s a Good Life” more and that would’ve balanced the movie out.I will give the film this: It moves at a relatively breezy pace. But all I kept thinking of as I watched was “A man and two children died for this movie, and it certainly was not worth it”.

Overall: “Twilight Zone: The Movie” isn’t awful enough to avoid if you wish to see it. If you don’t care, don’t bother.