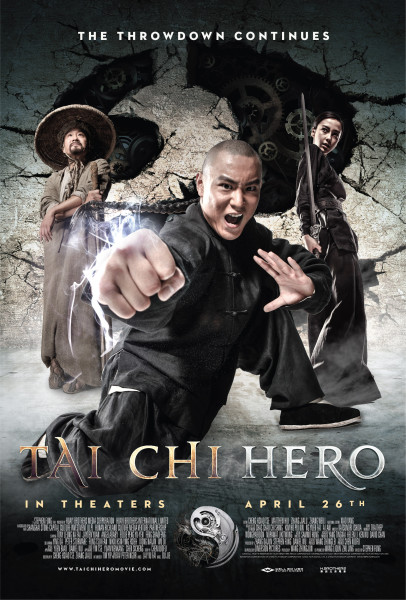 Plot: Lu Chan (Jayden Yuan) learned forbidden kung fu from a village who isn’t supposed to teach outsiders (him), so the problem is rectified by having him marry Yu Niang (Angelababy), who also has to mentor him. But problems arise when Yu Niang’s brother, Chen You Zhi (Di Wu), arrives and expresses his disapproval for the union. Yet he seems to have ulterior motives and he has some sort of connection with Fang Zi Jing (Eddie Peng), who still wants to destroy the village. God damn, there is a lot of plot in this movie…and I’m not even close to explaining it all.

“Tai Chi Hero” is one of the only kung fu flicks I’ve watched that I considered not writing a review on and that has nothing to do with the quality of the picture. Okay…That’s kind of a lie…It has a lot to do with the quality of the picture, just not in the way you’re guessing. It’s not bad, but based on what I might say, you might come to the conclusion that it’s an awful movie. I can criticize so much about “Tai Chi Hero” that I’d probably be able to find a flaw within every aspect of the film. But then I would baffle you by ending this review on a positive note, stressing that for all of its weaknesses, I did enjoy myself. I hate reviews which sound so negative, but then end with the reviewer admitting to being a fan. Well, I guess it would be acceptable if I was reviewing something ‘so bad it’s good’, which “Tai Chi Hero” is not. “Tai Chi Hero” is the sequel to “Tai Chi Zero“, a movie that was filled with problems but I could still write an accurate review because it had plenty of concrete strengths. It took a normal kung fu story and added plenty of gimmicky animations, graphics, steam punk elements and a wacky sense of humor, making it stand out as something unique- even if it was far from being original. I could see why viewers could like it or hate it. “Tai Chi Hero” is significantly less hyperactive when it comes to its visual style, toning down much of the flash and glamor of its predecessor. But it seems to have become even more scatterbrained when it comes to telling the story. Yet even if it was only in pieces, the movie could be very moving and I made a connection to the characters. Please remember that its failures are many, but each one is relatively minor compared to the fewer strengths- which had a stronger impact. 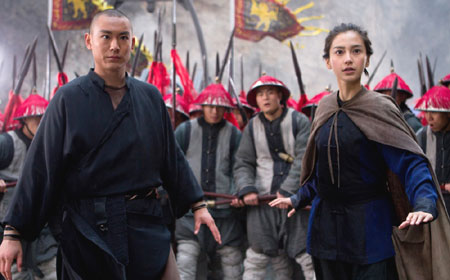 Fans of “Tai Chi Zero” will be displeased at the sudden step down in style. While the stranger aspects are still present, they only appear sporadically. An argument can even be made that they’re more distracting this time around BECAUSE they aren’t as prevalent. The first one was touted by fans as “Scott Pilgrim Vs the World” meets “Kung Fu Hustle“, but the sequel is nowhere near stylish or comedic enough to where it can make the same claim. Detractors of the first one might be pleased for the same reasons. Personally, I’m torn. It makes “Tai Chi Hero” feel more mature in comparison, as it focused more on the story and character drama, but the energetic stylistic touches also gave the first one its identity. The steam punk elements are once again treated as an afterthought, even though they were a major part of the marketing. Yet I suspect the reason for this has to do with budget limitations and at least the CGI is shockingly good. So overall, I’m neutral towards this change of direction, as it can be argued both ways. What I certainly did NOT like was how gimmicky the kung fu fights were. “Tai Chi Zero” offered a variety of combat styles, showcasing old school choreography AND clashes which relied on post production effects. While I appreciated the traditional stuff, I thought the wire-work and editing which was used to emphasize the superhuman abilities of its characters were weak. Well, all of the fight scenes here are like that…I find that shit to be boring. I did really dig the finale though, as the filmmakers worked hard to make that style as entertaining as possible. I wish the entire movie was like that, but at least the best was saved for last. Odd point: I really liked the use of western classical music. Every time something like “Air on the G String” would dominate the score, it just fit perfectly with the visuals and created something poetic. I recall the previous film having the same kind of music, but it wasn’t used as effectively as it was here. 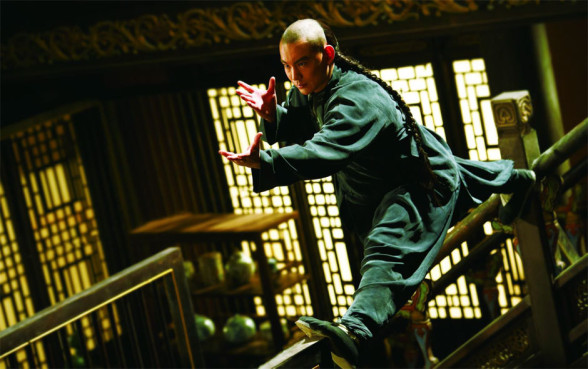 But wait, didn’t I just complain about the kung fu? Isn’t that the most important thing about a kung fu flick?

Yes, but for me, it was the drama driving the kung fu that made it click. You see so much of the characters motivations in their fight scenes and something about that clicked with me. It also helps that in place of style, our eyes get to feast on some gorgeous scenery. Every scene looks aesthetically pleasant. The story…boy, I figured it was reaching a climax during a major battle sequence (great siege effects, by the way), where the conflicts with Fang Zi Jing and Yu Niang’s brother are resolved. But no, the plot continues as they must search for Master Li (Yuen Biao) and defeat a bunch of different masters in order to get to him…and once again, the primary conflict is resolved by another character while the real protagonist just stands on the sidelines…The good news is that at least the protagonist wins a fight that leads to the conflict being resolved…by someone else…the bad news is that this time the villains are thwarted by a mere order from the higher ups. Erm…that’s kind of anti-climactic. Add to this a romance subplot, the invasion of foreigners, a Prince who might be sympathetic or villainous, a mute female warrior, a pissed off village who wants to isolate themselves from the world and…is that Peter Stormare? Hey, it is! Why aren’t they using his voice though? So yeah, there’s also his subplot involving a trading company…There is way too much going on and much of it barely seems to tie into the actions of our hero. Yet at least this time I was interested in all the different plot threads. Last time, some intrigued me more than others. While the lovebirds still don’t have much romantic chemistry, their interactions are far more entertaining this time around. Even better, while the villagers still come across as more prick-ish than the villains, at least “Tai Chi Hero” acknowledges this. In the end, I think “Tai Chi Zero” is superior only because it stands out a lot more. “Tai Chi Hero” is a worthy follow-up, but it doesn’t work as a standalone film and seems less ambitious. Yet I still managed to really enjoy it, in at least parts anyway. I just wish one of these movies would have a real ending…

Nudity: None, but there is an implied off-screen sex scene and a weird animation involving semen (don’t ask).

Overall: I thought “Tai Chi Hero” works well as a continuation, but it’s not a major success as a standalone film. Only watch it if you were a fan of its predecessor and keep the changes of style in mind when deciding whether or not it’s for you.