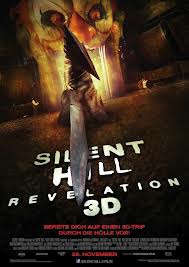 Plot: Sometime after the last movie, Sharon escaped the hellish dimension created from the ashes of Silent Hill. Unfortunately, somehow the inhabitants are able to leave as well and they want to bring her back. Her Father (Sean Bean) is doing his best to protect her, moving from place to place and changing identities. Now she’s a teenager and her current name is Heather (now played by Adelaide Clemens). She’s plagued with horrible visions about the place, but has forgotten what occurred. When her Father vanishes, she has to confront her fears and enter the land of darkness.

Did anyone actually expect “Silent Hill 2” to be good? The TV Spots alone looked awful and I took note of that long before I heard about the troubled production. It really feels like no one wanted to even make the movie. While turning out a profit, the first “Silent Hill” wasn’t a major success (critically or financially). Honestly, I’m surprised that I haven’t embraced it myself. It delivered a unique atmosphere, creative monster designs, great special effects, a stellar cast and twisted gore. I loved each and every aspect of the film, yet it underwhelmed me as a whole. It’s been so long since I’ve seen it that maybe I can adequately explain why if I gave it another look. But most viewers seemed to agree with me, so few people were demanding a follow-up. The director bowed out, the writer killed someone to get out of it (okay, that’s a terrible joke), and the studio slashed the budget by MORE THAN HALF! That suggests that even behind the scenes, the enthusiasm for the project was lukewarm at best. So my hopes were bleak and I pretty much got what I expected. It’s a weak movie, but I wasn’t angry because I knew what I was getting into. My irritation didn’t start to spark until I realized that the director also did “Deathwatch“, a movie I adore. Then I just got…depressed.

The first act of the movie sucked, although once you cross that threshold, it does start becoming watchable. As a testament to how lazy and clumsy the opening 30 minutes or so are, it starts with a decent dream sequence. But it’s revealed to be a dream within a dream, one of the more desperate attempts to make the audience jump. Then we are introduced to the most innovative aspect of the film: The pop tart scare! Seriously, they somehow made a transitional jolt out of pop-tarts. The sequences involving the characters feel like they belong in a made-for-television soap opera. The interactions between Heather and her Father suck because Sean Bean clearly does not want to be in this movie. Here, he’s at his best when he sleepwalks. When he’s forced to “act”, I felt embarrassed for him. The love story blows because it’s conventionally shallow and contrived. It gobbles up a lot of screen-time too. The dialogue was so corny and forced that the romance began to remind me of the coupling from “Twilight“. Kit Harington (Vincent; the lost interest) might be a decent actor, but the lines he has to work with sink his performance. As for Adelaide Clemens (Heather), I thought she was generically passable. I wasn’t rooting for or against her. The whole subplot with the private investigator (Martin Donovan) is pointless because he only gives us information that we already know (or didn’t need to know) and I can’t stand how he acts overtly suspicious. We know he will turn out to be friendly, but it still feels like a slap to the face when that fake red herring reveals itself. Furthermore, there’s a subplot involving detectives that doesn’t do anything but waste time. Finally, what was with the countless dream sequences? “Silent Hill 2” seems awfully reluctant to get to Silent Hill, presumably because it costs so much. So they pad out the first act with unnecessary dream sequences that don’t even make any sense. If the evil girl doesn’t want Heather to return, then why does she continue to haunt her with these nightmares and visions? 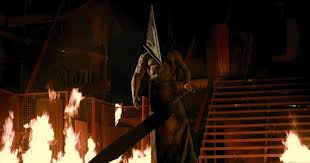 Once they reach Silent Hill, the pacing becomes significantly quicker. Maybe even ‘too’ quick. There’s no attempt at building suspense or atmosphere. Monsters just appear out of nowhere and start attacking. My main complaint is how…confusing everything is. The movie glances over important information too quickly and I started finding it difficult to follow. So that medallion can not only let people in and out of Silent Hill, but also can turn them into demonic entities? Is there a limit to how long this works? Why won’t anyone try to take it and flee themselves? In the original film, the cult were fanatical Christians. Here, the religion appears to be more demonic. Did they start changing their views after they got owned in the first one? Do people actually die in silent hill? The evil girl couldn’t break into the Church in the predecessor, so why is she letting everyone live? Why are the humans so comfortable around the monsters? They’re taking Vincent to a location, but find themselves ambushed by undead nurses. Were they intending on leaving him there? Wouldn’t they know not to provoke them? Why is the finale so rushed? The conclusion with Heather’s evil side was totally unsatisfying and Heather barely participates in the real conclusion. Why introduce victim fodder when you aren’t even going to show their on-screen deaths? SO MANY QUESTIONS! Did “Silent Hill 2” even have a script? Often, it felt like they were making shit up as they went along. If these questions were answered, it was in such an offhanded way that I didn’t even notice. Then again, for all I know, everything was explained in the villains rambling speeches. They’re so incoherent that it’s hard to pay attention to any of them. Part of me suspects that after the first writer was canned, Bassett had little time to develop the script as he also had to focus on his directing duties. So the final result was a disjointed mess.

The other possibility is far more disturbing. There are a lot of easter eggs for fans of the games, maybe even too many. Apparently “Silent Hill 2” is based on the “Silent Hill 3” video game, although major plot points are changed and rearranged. Yet it also retains various characters, such as the Private Investigator. These additions are supposed to make fans squeal in delight, but it was wrong for the filmmakers to even attempt this. Video Games have their own set of rules, which often don’t coincide with the laws of film. If you’re going to do these homages, then make them part of the narrative. I understand when fans become irked at unnecessary changes (like creating an original main character in “Silent Hill” and “Resident Evil“). Hell, I was fuming during my viewing of “Tekken” (which is almost 100% comprised of unnecessary changes). But this is a MOVIE. You’re not supposed to alienate everyone else for the sake of the fandom. I don’t know if Bassett followed the “Silent Hill” franchise before he became attached to this project. But it’s possible he let his fanboy status get in the way of his abilities as a filmmaker. What makes this even worse is that the filmmakers go out of their way so much to satisfy the fans, but then they go ahead and change pivotal events. The Private Investigator would’ve actually been relevant had “Silent Hill: Revelation” been more faithful to the game. So either the writer/director just didn’t have the time to connect these threads into a coherent narrative or he was so determined to please fans of the source material that the script became unfocussed and sloppy. I don’t know. All I do know is that the script was very poorly cobbled together, regardless of the reason. 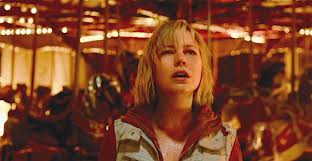 Not everything sucks in “Silent Hill 2“-land. Despite the fact that the TV spots whore the films worst visual effect (the mannequin monster), most of the monsters are generated via practical effects. The designs made me think of “Hellraiser” and the make-up work was very effective. The sets were grotesquely morbid, never appearing cheap. The gore was nasty too, even though I didn’t understand why most of the violence occurs in dream sequences. But if anyone gave “Silent Hill 2” their all, it was the people behind the special effects. The problem is, we’ve seen most of these creations in the first movie. “Silent Hill” had MORE monsters, MORE gore and MORE set pieces along with what’s present in the sequel. So even its strengths aren’t that impressive. The direction is okay. There are some stunning shots and intense moments. But some of the camerawork blows and he fails to create any sense of dread. There’s only cheap jumps and pop tart scares. The final fight between Pyramid Head and another demon is cool in concept, but silly in execution. Weren’t the games supposed to be creepy? While “Silent Hill 2” might be scarier than “Resident Evil 5: Retribution“, it’s only because that movie wasn’t scary. I did like the score (love the piano tune) and the 3D was surprisingly good, but “Silent Hill 2” should’ve been better. Had the studio given more time and resources, it could’ve been great. But they didn’t and it isn’t. The script is disastrous and the direction is flat, especially when compared to the previous film. I’m not really angry with “Silent Hill: Revelation 3D“. I’m just sort of sad for it. At least I can now watch “Silent Hill” with new appreciation.

Violence: Rated R. Pretty gruesome, although it’s not as demented as “Silent Hill“.

Nudity: Some, but you’ll probably be distracted by how retarded the context is (hated the mannequin monster).

Overall: “Silent Hill: Revelation 3D” is worth watching if your curiosity demands it, but don’t spend any money on the feature.