(Written by Chi-long To) 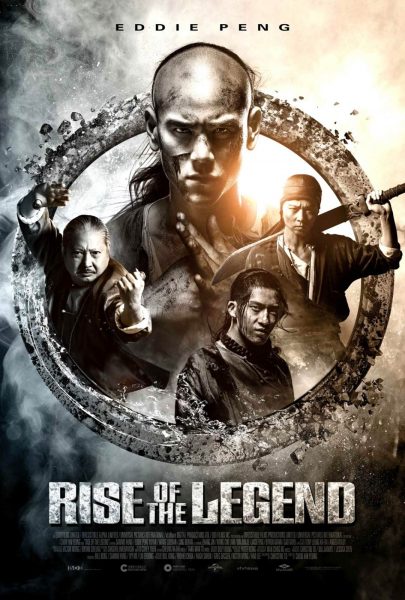 Plot: Wong Fei-hung (Eddie Peng) is a highly skilled -but arrogant- martial artist who joins the Black Tiger Gang, lead by Master Lui (Sammo Hung). Yet Wong Fei-hung has ulterior motives, tied into his desire save his people from slavery, poverty and exploitation by these gangs and foreign powers. What is his plan and can he succeed? Also known as “Huang feihong zhi yingxiong you meng“.

Wong Fei-hung was a martial artist and doctor who became a Chinese legend over the years and eventually his fame was transferred into cinema, most notably with the “Once Upon a Time in China” franchise- which was so definitive that it arguably killed his status as the protagonist (except in television). The character of Wong Fei-hung is constantly making appearances in film, but it seems like the industry relies on him a lot less these days, reducing his roles into supporting figures or fanservice-friendly cameos. So it makes a lot of sense that he would make a triumphant return in the wake of the current Ip Man craze, as a fictional retelling of a national folk hero would be cashing in on the success of “Ip Man“, while also providing an alternative for audiences who are tired of Ip Man. “Rise of the Legend” almost surpasses all of its other rivals, for its production values soar high over the masses and the martial arts choreography combines 90’s nostalgia with modern expectations, giving the project a unique flavor. For many viewers, these superficial successes will distract them from the fact that Wong Fei-hung has been reduced to a generic anti-hero. This is NOT a biographical account of his life, but then again, none of them are. Wong Fei-hung, Ip Man, Bruce Lee, Fong Sai-yuk, Hung Hei-gun and other icons are historical figures who were transplanted into stories they usually did not partake in, sort of like how Abraham Lincoln never actually fought vampires…although he did fight zombies. But even though Ip Man was placed into some fantastical situations, his characterization has mostly remained the same, whether he’s being portrayed by Donnie Yen, Tony Leung, Anthony Wong or Dennis To. Previous incarnations of Wong Fei-hung were the same way, with all of his portrayals sharing similar personalities and attributes. This version of Wong Fei-hung can literally be anyone, with only his name cluing us into his identity. Yet “Rise of the Legend” asks the question of ‘Can sheer entertainment value overcome any obstacle?‘. There are so many problems with this movie and I still had a lot of fun with it, so…yes…it can…and in hindsight, that is a pretty stupid question considering that cinema mostly exists for our entertainment. The real question is: Will “Rise of the Legend” entertain you?.

“Rise of the Legend” boasts epic visuals, with the wide shots of the elaborate sets and CGI backdrops constantly taking my breath away. There are some dodgy effects, but at least when CGI is used, the color scheme is enhanced, giving us a little bit more beauty to chew on. The actual sets though are just as impressive, especially as they are prone to getting destroyed during the fight scenes, drawing attention to how expensive this movie must’ve been. The choreography is designed to be a throwback to the 90’s with its use of wire fu and stylized rhythm. Yet they also ground it with a lot of traditional hand-to-hand combat and sword slinging, with every technique looking fast and precise. The fighting is also violent, as characters are constantly receiving minor wounds and their injuries remain with them for long periods of time- although I did feel like Eddie Peng could’ve limped a little bit when a blade bites his leg. There is a lot of slow motion and gimmickry too. Sometimes it looks cool, but other times it looks ridiculous or silly. I wasn’t crazy about the ‘POV from the person being punched‘ shots or the bullet time effects, something I don’t miss from the 90’s. But I did like the mystical implications of certain martial arts styles, such as when a sword wielder can slice with air. They don’t take this too far either, so it just adds a little bit of texture to the fighting, enhancing the choreography instead of driving it. I love how the battles continue to escalate as the climactic finale draws near, either by increasing the number of participants or adding wilder set pieces. The final duel between Eddie Peng and Sammo Hung takes place in a burning building, which adds more tension and excitement to an already solid fight scene. Finally, I loved how the camera would seamlessly glide through the action, giving us many different perspectives during the larger scaled battles. The cinematographer showcased a level of sophistication rare in this genre and sometimes the visuals would carry the movie when the story could not.

There are holes in my earlier criticism of the portrayal of Wong Fei-hung by Eddie Peng (“Tai Chi Zero“), the first being that this is supposed to be a prequel, where he transitions from a brash hot-head into the dignified and respectable master we would grow to love. Fair point, but it doesn’t change the fact that this Wong Fei-hung is interchangeable with other brash, hot headed heroes. He doesn’t really develop his more iconic persona throughout the running-time either, although they force in some of his more popular attributes during the ending, such as his umbrella. You can also argue that Jackie Chan did the exact same thing with his “Drunken Master” films, where Wong Fei-hung is presented as just…another Jackie Chan hero. Another fair point, but Eddie Peng lacks the charisma of Jackie Chan, whose portrayal was designed to be parody anyway. But Peng is not really the problem here, as his acting is fine- maybe even good on its own. The narrative is just very choppy and constrictive, taking a fairly simple story and telling it in the most convoluted way imaginable. The flashbacks were disorienting and unnecessary, while there are so many different dynamics and relationships that it starts to get a little confusing. Wong Fei-hungs’ best friend/adoptive brother is Fiery (Boran Jing), whose history with Wong Fei-hung is told via flashbacks. But Fiery is in love with Wongs’ secret girlfriend Chun (Luodan Wang) and this subplot leads nowhere. Wong is also sleeping with a prostitute named Orchid (Angelababy), whose feelings for him run stronger than his feelings for her, while he’s also angsting over the loss of a childhood love who was sold into prostitution…Hmmmm, I wonder where this is going…Time is also spent on Wong forming a Father-son bond with Master Lui (Sammo Hung), despite his intention to bring him down, although he’s also constantly flashing back to his real Fathers’ (Tony Leung) teachings…and his martial arts teachers’ teachings…and we haven’t even gotten into the actual plot yet! Most of the narrative is dedicated to Wong manipulating Lui’s adoptive sons into fighting each-other, although there’s also a subplot surrounding Jin Zhang’s character trying to avenge his Father, who was murdered by Wong Fei-hung at the behest of Master Lui. I didn’t think the writers did a good job at exploring Wongs’ guilt and sometimes his internal conflict seemed inconsistent, as he is appalled when killing one enemy later on, yet stonefaced when we see him killing someone else in the beginning. Considering this is supposed to be Wong Fei-f@cking-hung, he tends to act smug towards his enemies right before he kills them, giving some credence to an antagonists’ claims that he will eventually be corrupted…which loses all of its weight when you remember that he is…well, Wong Fei-f@cking-hung. Oh yeah, to bog down the narrative even further, he also develops a friendship with a goofball henchman. There is just too much going on here and because there isn’t enough time to flesh any of this out, it’s hard to make an emotional connection to anything. If they had removed the majority of the flashbacks and anchored its narrative into one or two relationships, maybe Wong Fei-hungs’ characterization would’ve emerged and I would’ve cared about his plight. Maybe we would’ve been able to witness Wong Fei-hung become Wong Fei-hung and not just some dude who shares his name and attire.

So the script isn’t very good, even though there are a few interesting ideas and some nicely executed scenarios. Even though his quest was a little too easy, watching Wong Fei-hung manipulate the villains was gratifying I laughed at the nonsensical overarching theme about how ‘vengeance is about saving lives’, because…it’s not. It’s just not. “Rise of the Legend” doesn’t even believe this, as our heroes (who are driven by this logic) kill more people than the villains- usually without remorse. But I also have to admit that this is the critic in me being a pompous asshole, as throughout my viewing experience, I was marveling at the imagery and investing my attention into the action scenes. The cast also does good, even if they’ve conquered this kind of territory before. I’ve seen Sammo Hung play the bad guy enough by now to know that this movie did not challenge him as an actor, but he’s so natural at conveying menace, charisma, rage and craftiness that I always enjoy watching him. Angelababy is also one of the most talented actresses out there and I was pleased to notice Tony Leung, Byron Mann and Jin Zhang, even if they’re all underutilized.  “Rise of the Legend” might only function as sheer spectacle, but at least Roy Hin Yeung Chow and Chi-long To make sure that it’s never long before a fight jumps at you to serve as a distraction from the weak screenplay. Can sheer entertainment value overcome any obstacle? The answer is obviously a ‘yes’, but what entertains us is purely subjective and I happen to be partial to stylized combat and epic, colorful visuals…so I was definitely entertained. If you don’t share my sensibilities though, you might get hung up…or…Fei-hung up? (har har har)…on the flaws, so keep that in mind too.

Nudity: Nothing explicit, but the movie is fairly sexualized.

Overall: “Rise of the Legend” is not really a good movie, but it is a really good kung fu actioner. The choreography and set pieces are exceptional, while the script is weak, so consider your own priorities before checking it out.