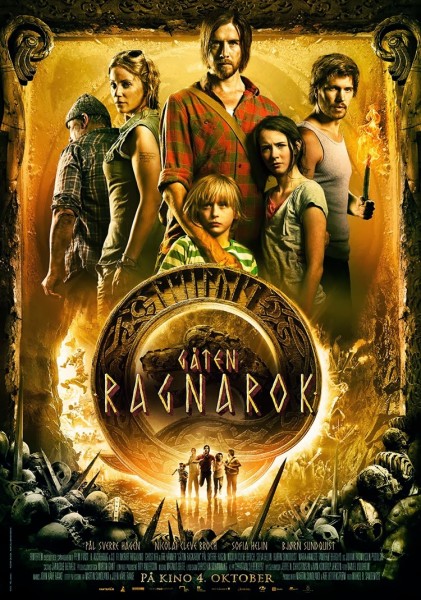 Plot: A struggling archaeologist (Pål Sverre Hagen) takes some colleagues and his annoying kids to explore an isolated area in Norway that contains an ancient evil. Also known as “Gåten Ragnarok“.

I have to admit that I wasn’t expecting to review “Ragnarok“, as netflix described it as an action/fantasy hybrid designed to be family fun. I had only wanted to pad out my queue, simply so I wouldn’t have to review something tonight and the positive ratings were enough to pique my curiosity. “Ragnarok” definitely can be argued as a fantasy and certainly contains quite a bit of action, but I thought it was more firmly entrenched within the horror genre…even though it’s also kind of family friendly? Is “Jurassic Park” considered fun for the whole family? Because “Ragnarok” is the same kind of movie and I think both are too violent for kids…Although I say that knowing I would’ve personally loved this as a child and I obsessed over “Jurassic Park” between the age of 7-12, but my parents pretty much let me watch anything. My point is: Whether I stamp my seal of approval on “Ragnarok” or not, you should consider the possibility that your own definition of ‘family friendly’ might not coincide with the opinions of Norway, netflix or myself. I was surprised at how scary this monster flick could be, but I can’t embrace it as a definite success thanks to its reliance on obnoxious cliches- and the most obnoxious cliche is annoying children whom have tumultuous relationships with their parent…This doesn’t present the best message for the kiddies and will only get on the nerves of adults. But yikes, what an intense experience! 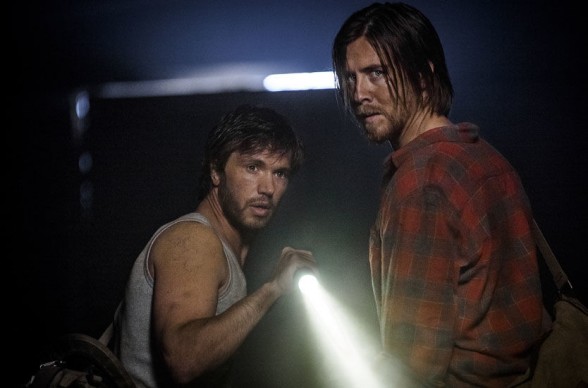 “Ragnarok” obviously did not have the most extravagant budget, but I can’t praise the filmmakers enough to utilizing their limited resources so efficiently that the movie ends up looking more lavish in the process. The Norwegian scenery is beautiful and the wide shots trick the viewer into thinking that “Ragnarok” is more epic than it really is…and that is not a criticism either. I have always felt that quality cinema is about casting a successful illusion, hence why we accept that “Godzilla (2014)” is a giant monster and not just a special effect. Speaking of monsters, the antagonist reptile resembles a giant snake, but the facial features are incredibly menacing. When we get a good look at it, the CGI is not on par with what Hollywood can do, but it’s still pretty good. The director knows when it’s the best time to show off the beast, allowing its few appearances to leave one hell of an impact. Otherwise, he relies on our imagination to fill in the blanks, using similar suspense tactics famously employed by “Jaws“. What we don’t see is often scarier than what we do see, so those ominous POV shots, the understated- but incredibly chilling- score and the slow burn pacing really managed to get under my skin. The build up was spooky, while the actual attacks were exciting. “Ragnarok” provided a good, scary time.

Ugh, unfortunately, people have to talk…

The acting itself…didn’t stand out, as the performers were upstaged by the thin characterizations and SUPER AWFUL DUBBING. The dialogue is already rather dull, with uninspired repetitive lines dominating the talky sequences, but the english dub makes it worse. None of the voice actors show a lot of emotion and that little boy probably had the worst VA filling in for him. If you choose to watch “Ragnarok“, unless you want to simply make fun of the movie, be sure to do the original language version and read those subtitles. No one has anything resembling a personality. Our hero, Sigard (Pål Sverre Hagen) is a neglectful father who loves his children but is married to the job. No one takes his work seriously either, which is represented in an over-the-top scene where everyone literally laughs at him. Elizabeth (Sofia Helin) is his inevitable love interest, even though they have absolutely no chemistry and outside of her being a ‘strong woman’ who states that family is not for her, she’s bland and does very little outside of being in peril and looking pretty. Yawn. The kids stole the show in regards to pissing me off, with the elder (Maria Annette Tanderø Berglyd) constantly bitching at her Father- THE WORST DYNAMIC IN ALL OF CINEMA BEING WHEN CHILDREN FEUD WITH THEIR PARENTS. Brage (Julian Podolski) is the younger one and is nicer to his Daddy, but despite being presented as an intelligent kid, he sure does some stupid shit. Even at that age, I knew to stay away from snakes and I was a pretty stupid kid. Yet he wants to feed it. Why can’t the monster eat them immediately? The other characters are there to do moronic things in order to speed up the storyline and work as victim fodder. Yawn. You will recognize a lot of the cliches and conventions, from a character trying to bring back a baby monster with him to the obvious villain abandoning them to the lame attempt at paralleling the monster and the hero with the parental theme. It’s a lame script made worse by uninteresting and unlikable characters. I did like a lot of the scenarios that the characters found themselves in though, as it kept things moving when the monster had to remain off-screen.

So when garbage wasn’t coming out of the characters mouths, I was enjoying “Ragnarok“. I admired the film on a technical level and its scare tactics tended to work on me. That’s very difficult to do, especially when I could care less about the fates of the cast. But I have to remind you that
“Ragnarok” isn’t for everyone. Do NOT carelessly rent this movie expecting family friendly entertainment, because it’s much too intense. I’m not saying to keep it away from your kids, but I am warning you to carefully consider your standards. My favorite comparison is with “Jurassic Park” because it’s that kind of movie. For everyone else, consider what has been said. If you think that the subpar script will be the dominating factor in your viewing experience, or you dislike reading subtitles and don’t want to laugh at an awful dubbing, then maybe “Ragnarok” isn’t for you either. As for me, I can tolerate bad scripts- you kind of have to when you love the horror genre as much as I do– and I’m used to bad dubbing- a staple of the martial arts genre, so I paid more attention to its strengths. I thought “Ragnarok” was entertaining for the spectacle and the director even managed to occasionally frighten me. It’s not really a good movie, but I thought the good outweighed the bad. Just don’t trust the description provided by netflix.

Overall: “Ragnarok” is a fun monster movie that makes excellent use of its limited budget and even manages to sometimes terrify, but it doesn’t reach its full potential thanks to a weak screenplay.