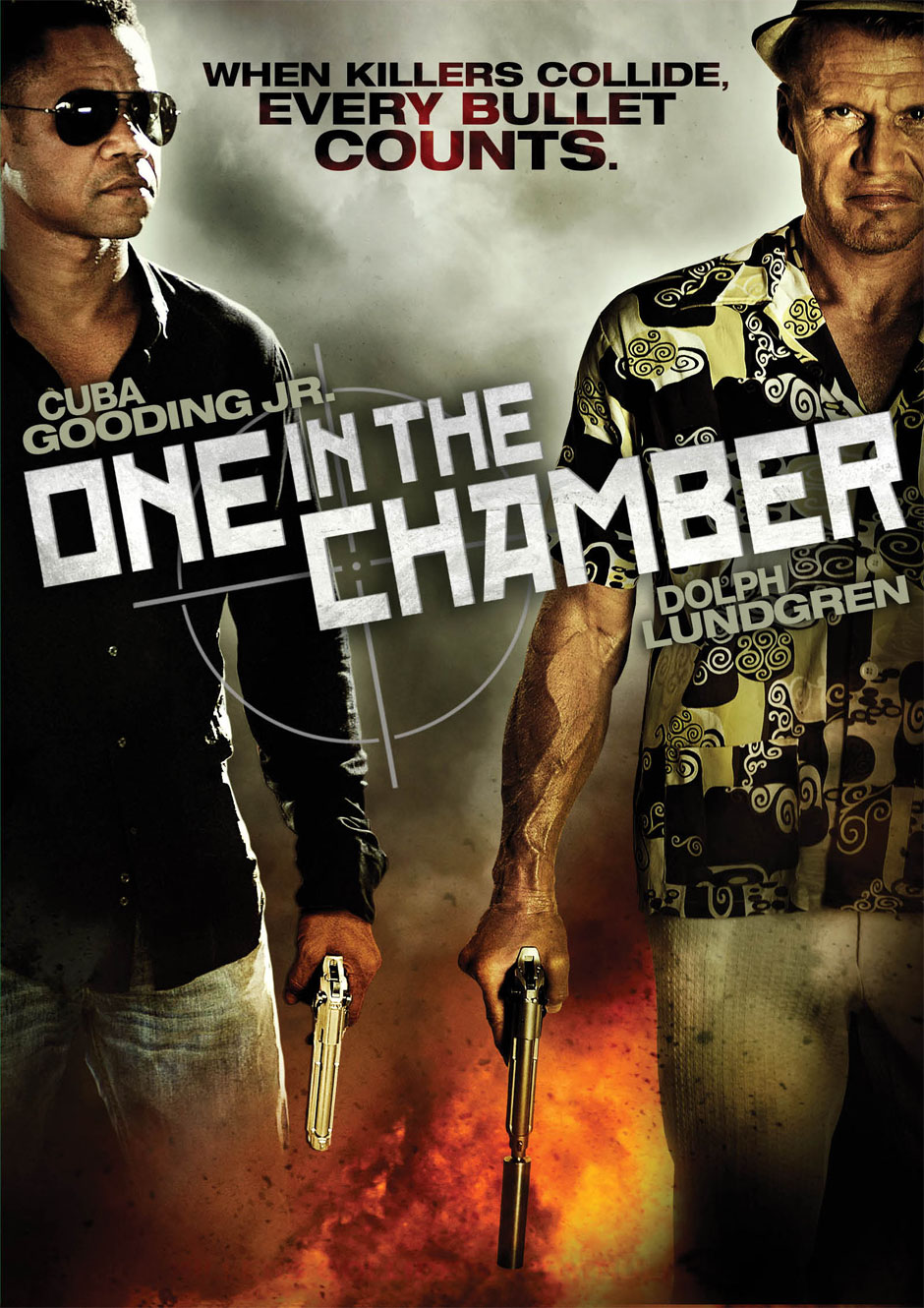 Plot: Ray Carver (Cuba Gooding Jr) is a lonely hit man who is doubting his life choices. But he messes up on the job and the hit- a ruthless gangster- escapes. Now there is a blood-war between the target and his employers, who subsequently fire Ray and hire Aleksey (Dolph Lundgren), an strange assassin known as the wolf. Not holding a grudge, Ray’s former enemies decide to hire him to kill off his former bosses. This naturally brings Ray and Aleksey into an inevitable clash, but who will win?

“One in the Chamber” has the distinct honor of being one of the few direct-to-DVD movies that excited me. Usually, I just add them to my netflix list and let nature take its course, but how could I refuse such an engaging pairing? Cuba Gooding Jr might’ve lost his box office touch, but since going to the realm of direct-to-DVD, his choice of projects has become much more interesting. Sometimes they suck (“The Devils Tomb”), sometimes they’re good (“Wong Turn at Tahoe”), but I’ve yet to see a movie from him in this period that I would call conventional or generic. I mean, “Ticking Clock” was a time travel, serial killer movie. HOW AMAZING IS THAT!? Dolph’s films tend to be more on the safe side of genericness, but at least they have been consistent as such. So I figure at the absolute least, the film will be uneven or mediocre. Strangely, “One in the Chamber” manages to be both.

I’m honestly not sure where to begin. “One in the Chamber” isn’t a martial arts feature, nor is it totally an actioner. I suppose you could argue that it’s the same kind of movie that “Assassination Games” (Jean Claude Van Damme, Scott Adkins) was. It’s a lightweight thriller that relies more on suspense than spectacle, but it also doesn’t take itself as seriously. Cuba Gooding Jr. is playing the ‘serious Cuba’ and his dialogue (often using inner monologues) is intended to be deep and poetic. Dolph Lundgren is the comic relief, practically reprising his role from “The Expendables”, which works for me. I loved Dolph in those movies and I love him here, as ‘fun Dolph’ is more entertaining than ‘dramatic Dolph’. His dialogue is a bit overstylized though, like they’re trying too hard to be witty. This tends to backfire and makes everything seem phony. Yet I’m going to come back to this later on, as in a way, it’s the movies redemption. 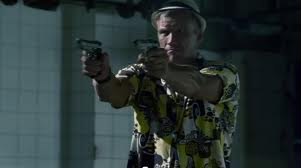 The main problem with “One in the Chamber” is that it’s kind of slow. We’re seeing a grand plot unfold, but the film continues to dip into Ray’s character development and it’s just sort of boring. I just wasn’t interested in Ray stalking his potential love interest and it was more uncomfortable than engaging. The film is at its most lively whenever Dolph and Cuba share the screen together. But that can’t sustain a whole movie because they don’t interact until late in the film and even then, it’s only a handful of times. With that said, the fight scene between the two is surprisingly decent. Dolph might be a legitimate badass, but he usually looks sluggish on the screen. With the exception of his fight with Jet Li in “The Expendables” as well as his fight with Van Damme in “Universal Soldier: Regeneration”, this is probably the best martial arts sequence that I’ve seen from him in the past 10 years. Cuba moves surprisingly well and his quick maneuvers contrasts nicely with Dolph’s more powerhouse style. That’s not to say this is a great showdown or anything, it’s just better than what I’m used to seeing from them. The duo also have the best exchange, where the dialogue actually works.

Dolph Lundgren: “Who do you think you are?”

Dolph Lundgren: “That’s funny, I thought I was.”

The few scenes they share together are so golden that the lack of interactions becomes frustrating and their separate stories seem dull in comparison. At least Dolph Lundgren is having fun with the role and his character is substantially more enjoyable. It’s odd though that he got top billing over Cuba (whom I thought was still more famous), because he is 100% a supporting character. He isn’t introduced until 25 minutes into the movie and Cuba still retains the majority of the screen-time. Cuba Gooding Jr continues to prove that he is surprisingly believable as the hardened tough guy, but the character is flat compared to Dolph’s eccentric Aleksey. 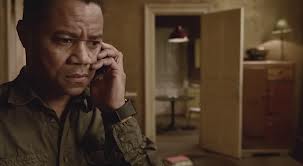 When Dolph and Cuba aren’t exchanging words or blows, the film is just sort of standard. Occasionally the film would become exciting, but the gunfights struggle due to the excessive use of post production effects. I think the best indication that “One in the Chamber” isn’t a very good movie is that I can’t really remember a lot about it. I’m trying to recall what consumed the majority of the screen-time. The love story? I can remember a few scenes of Cuba spying on her but the development of that relationship occurs in a total of three scenes (not counting the inevitable conclusion of her getting kidnapped). Was it more about the struggle between the two crime bosses? They only talk on the phone once. I can’t even say it’s about Cuba or Dolph harassing their employers enemies because I can only remember one scene of each. Perhaps the true answer is “all of the above”. These subplots proceed to step on each-others toes, clashing violently and getting in the way of my entertainment.

Yet the film gets a passing grade because it has something which the majority of direct-to-DVD movies lack: effort. The story itself might be relatively conventional, but it does appear the writers tried their absolute best to make a witty, charming action-thriller. This is especially obvious when it comes to the dialogue, where not a single line can be discarded as ‘bland’. Granted, instead of ‘deep’ or ‘cool’, it often comes across as silly. But these days, most writers are so lazy. They lack any sense of inspiration and just phone the script in. I might be a little partial towards “One in the Chamber” because a few hours prior, I had watched “The Cold Light of Day”. That film had a bigger cast (Bruce Willis, Henry Cavill, Sigourney Weaver), a better budget and was actually released in theaters. But it felt like it was just going through the motions and that level of badness is the worst kind. I’d rather an incompetent movie that actually tried than a mediocre movie that didn’t. “One in the Chamber” is a bit of a misfire because it’s only occasionally entertaining, but at least it was a little ambitious. If anything, I enjoyed watching Dolph Lundgren and Cuba Gooding Jr together. I only wanted more of that.

Violence: Rated R. Nothing too extreme, but it’s enough to warrant an R rating.

Nudity: There is a bit of sex, but I don’t recall any explicit nudity.

Overall: “One in the Chamber” is a little bit uneven and a little bit mediocre, perfectly representing the careers of both its stars. Worth a viewing if you follow these guys’ direct-to-DVD movie like I do.