(Written and Directed by Babar Ahmed) 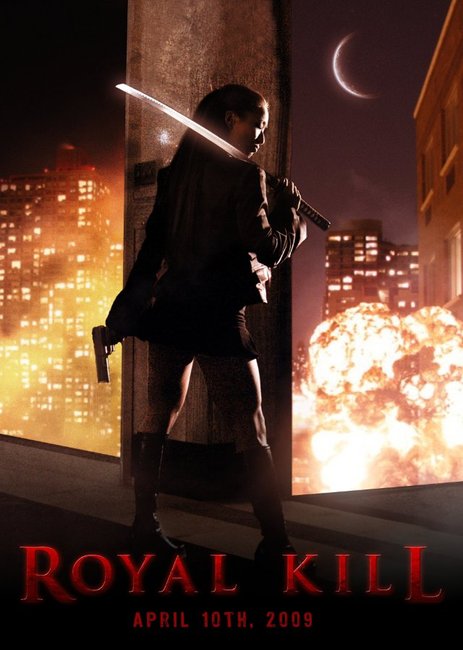 Plot: Jan (Lalaine) is the last surviving Princess of a modern day, Himalayan Kingdom. The problem is that she’s an annoying teenager, unaware of who she is, so guardians have been chosen to protect her. But when a deadly assassin (Gail Kim) tracks her down, it’s up to an ordinary soldier named Adam (Alexander Wraith) to save the girl. This movie sucks.

I’ve seen plenty of bad movies in my time. In fact, I like to describe myself as a cinemasochist. Yet nothing could prepare me for “Ninja’s Creed”, a film so insanely bad that the mere thought of its existence sends a shiver down my spine. It makes the directors of those direct-to-DVD Steven Seagal movies seem like talented auteur’s. “Ninja’s Creed” made me want to track down whoever is in charge of ‘The Asylum Productions’ and thank them for providing such high quality work. The reason why I- and presumably everybody else- chose to give this a look is because it was the final film done by Pat Morita before his death. For those paying attention, he passed away in 2005. It was released in 2009, which is not a good sign. Furthermore, there aren’t any ninja present in “Ninja’s Creed”, which was originally titled “Royal Kill”. So the distributors created a deceptive title in order to deceive its audience too, but I can’t blame them. The last time I checked, “horrid piece of shit” wasn’t very marketable.

There is a pretty cool explosion. Okay, its impact is undermined by its pitiful attempts at having having the characters dodge CGI debris, but the initial explosion was slick. While we’re on the positive qualities, the score was surprisingly epic. Granted, it seems like whoever arranged the music was trying way too hard to make things interesting, as just walking seems to inspire the orchestra to go all out. But at least it was better than the movie itself. Babar Ahmed’s direction is what ruins it, although it’s possible that he had surrounded himself with the most incompetent crew he could find. The lighting is very murky, making it difficult to see anything. I’m still debating whether the filmmakers were trying to be moody or were just unable to afford better equipment. Either way, it fails. Maybe I shouldn’t complain though, as the choreography works best when you can’t see it. The movements are sluggish, but then they speed up the film so it looks faster. It backfires because it draws attention to how staged it is, making the fights seem even more phony. But I’d have to say the worst element of the film is the editing. 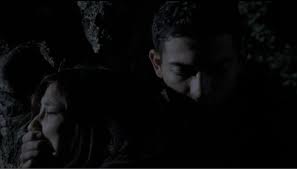 Editing is probably the most overlooked aspect of film-making, despite the fact that it can make or break your movie. During the combat sequences, footage seems to be missing. Imagine a character pulling a punch, but it immediately jumps to the enemy blocking that strike. Where was the actual punch? That is the kind of action one can expect from “Ninja’s Creed“. It’s impossible to follow what is going on, as the attacks have no rhythm. It’s just too choppy and disjointed. But editing fights are hard, so what is the excuse for everything else? It’s bizarre because when people are having a conversation, it’s often difficult to tell if they’re actually talking to each-other. We will see a character’s back and they say something, but it sounds like a voice over. Then it will cut to the other person, who pauses for a few seconds (possibly waiting for their cue) before responding. It’s so awkward to look at and turns an incompetent movie to an incomprehensible one.

The acting…the acting…the acting…the acting…Oh my God, the acting! The acting makes the insipid dialogue seem INSPIRED in comparison. The dialogue is mostly ripped off from other sources and it’s amusing how they keep re-using that “Some have greatness THRUST Upon them” speech as if they were its original writers. They even rip off the famous “come with me if you want to live” line from “The Terminator”. But the performances were bad enough to distract me from what was actually being said. Alexander Wraith should never be the lead in any movie ever again. He speaks like a fricken robot and when he’s forced to show emotion, he’s so over-the-top that he almost becomes laughable. Almost…Luckily, we have Gail Kim to do the truly laughable acting for him. I will concede that Lalaine (weird name) does okay, considering she gets to play the most annoying character in the whole movie. Eric Roberts is a riot because he looks so ashamed. When you can make the guy who appears in Uwe Boll movies and Sci-Fi originals look embarrassed, you’ve accomplished a whole new level of terrible. Pat Morita, on the other hand, does the best he can with what he’s given. Props to him for at least trying. The rest of the actors…can’t be actors. They’re just too sucky. I especially love the cop who doesn’t even react when facing his inevitable death. 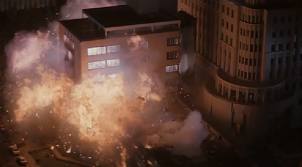 Babar Amhed might potentially be the worst director of the decade, but the guy has a smidgen of talent as a screen-writer. Don’t get me wrong, the script is bad. But it is fairly ambitious, maybe even a little creative. There is a twist that I actually didn’t see coming. That is followed by an even better twist! Then they do ANOTHER twist, which is also fairly unique. But then they keep smacking you over your head with constant twist endings and eventually it started to get annoying. The film morphs from an actioner to a psychological thriller. This in itself is intriguing, but it only gives them the excuse to recycle previously seen footage. Do you know what’s worse than any scene in “Ninja’s Creed”? Being forced to watch it again, but with a different filter. I honestly thought the movie was about to end when Adam has a sword duel with the assassin. But nope, I’m pretty sure that was only the half way point. Instead, “Ninja’s Creed” constantly teases its audience by making us think that it’s FINALLY over, only for it to keep going. It an endless cycle of suck. The writing is pretty poor throughout, tending to rely on cliches and laziness. The guardians really suck at their job, because all Adam has to do to track the girl down is follow one of them. Neither appear to have any fighting abilities. The assassin kills the disposable characters with her blades or a gun, but whenever attacking someone who is too important for the plot, she resorts to strangling them. Or she’ll just toy with her prey, allowing for them to escape. Lame…

But the final nail in the coffin is both the most damnable sin about “Ninja’s Creed” and the simplest one: It’s boring. It might sound amusingly bad and while it occasionally dips into that kind of territory, it’s too poorly paced to be entertaining. What’s tragic is that “Ninja’s Creed” had an intriguing story to tell, but told it very poorly. If they took the same concept, replaced the director/writer, editor, cinematographer, actors (except Roberts, Morita) and everybody else involved with the production (I presume the caterers sucked too), then maybe this could’ve been a good movie. But it’s not. It’s just…terrible.