Despite being financially successful, I doubt many felt “Clash of the Titans (2010)” warranted a sequel. At worst, people loathed the movie and at best, people…well, could barely remember it. When I saw it during its theatrical release, I made sure to avoid the reasons people were so vehement about it. For one, I hadn’t seen the original 1981 film of the same name, so I had no nostalgic ties there. Two, I stayed away from the much maligned 3D conversion. I personally thought it was harmless entertainment, but it didn’t hold up very well upon subsequent viewings. Will “Wrath of the Titans” be cursed with the same fate? I’m not sure, but I personally prefer it over its predecessor. 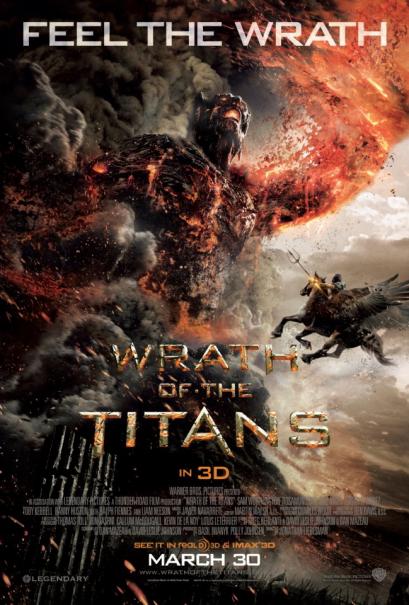 10-15 years after Perseus (Sam Worthington) defeated the Kraken, he lives as a fisherman with his 10 year old son, Helius (John Bell). Unfortunately, the previous heroine died giving birth to the boy, which sort of makes her resurrection at the end of the last movie kind of pointless. Anyway, people have lost faith in the gods, whose powers are wavering once more. This leads to Kronos and the Titans (yay, there’s actual titans this time around!) becoming more powerful, boosted by a twisted alliance between Hades (Ralph Fiennes) and the traitorous god Ares (Edgar Ramirez). When Zeuz (Liam Neeson) himself is captured, Perseus has to realize that it is a cliche to pull the “this is not my war” bullshit and enter the battle himself.

Now the most important thing to remember about “Wrath of the Titans” is that it has no inspirations to be anything other than harmless, escapist entertainment. The plot is nonexistent and the structure is just a rehash of the first film. If there is character development, it will be rushed, out of place or absent all together. The script is only there so they can write in big, epic and impressive visual effects. The plot, characters, etc are only there to serve the movies special effects. You might think I’m being too lenient. After all, a good story>>>good special effects and I can’t say you’re wrong. It really comes down to how you approach the movie. If you’re interested in a “good” movie, then you probably won’t care too much for this. But if you want dumb entertainment where plenty of CGI monsters destroy people in the masses, then “Wrath of the Titans” is probably worth the price of admission.

So how good are the effects? The trailers worried me, as the locations looked too desert oriented (“Ghost Rider 2” came to mind) and that usually provides a limited aesthetic, but it never bothered me in the actual movie. I thought the creature designs were pretty slick and the CGI used to give them life was certainly state of the art. As expected with CGI, everyone will disagree as to its quality, but I never thought anything really looked fake. Director Jonathan Liebesman does a stellar job of keeping the action in frame. The camera captures everything perfectly while the editing never becomes too jittery or incomprehensible. I thought the concepts for the action or effects alone tended to be fairly inspired while never becoming stale, so I was consistently entertained. For a movie like this, that’s all I really demand, although I do need to be in the right mood. A nice little surprise was the humor, which sometimes can be meta (they bring up the “Release the Kraken” meme), nods to the original (that owl) to just some funny dialogue (the “great” line at the end). The acting is stellar and Sam Worthington was actually sort of interesting this time around. Like he’s, you know, “acting”. 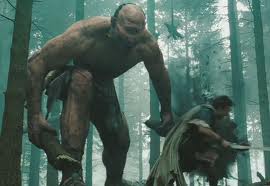 There are a few problems. The final confrontation with Kronos was a bit of a letdown. It’s too rushed and lacks the right energy that its predecessor captured with the Kraken battle. Oddly though, my biggest complaint is that “Wrath of the Titans” doesn’t appear to have respected the 2010 film very much. It didn’t always feel like I was watching the same characters at times. Zues was interesting because he was an arrogant, snobbish prick with a good streak and Hades was interesting because you could always see his side of the story, even if he was also a prick. Hades especially doesn’t feel right in this movie and Zues is too benevolent (at least it’s acknowledge as development I guess). Perhaps the most damning problem is the love story, which is very awkward. In the last film, Perseus turned down Andromedia in favor of the other lady. He ended up marrying her, but she died long before the start of this film. But here, Andromedia (this time played by Rosamund Pike) is his new love. So she’s cool with being the backup girlfriend? Obviously they’re trying to reference the original film, but it didn’t work.

I know it doesn’t feel like I’m criticizing this movie enough, but once again, liking or disliking “Wrath of the Titans” comes down to what you think about these types of movies. Unlike “John Carter“, it doesn’t try to be anything more than harmless spectacle, so it’s never going to be anything great. But this also means that it’s less likely to piss people off. You’re not supposed to care about the (lack of) plot or character depth, you’re just supposed to be entertained by the sheer spectacle of it all. I guess they do somehow manage to insert a theme about brotherhood, which is kind of cool because now that I think about it, the previous film was more about fatherhood. But even that is just me trying to be criticy. It’s not really a good movie, but it acceptable for what it is. My only lingering doubt is will it hold up upon multiple viewings or will it suffer like its predecessor? I guess we’ll have to wait till DVD.

Overall: “Wrath of the Titans” is worth watching if you like “Clash of the Titans (2010)”. If you were indifferent to it, maybe you should wait till DVD and if you disliked it, either don’t bother or wait until it’s on TV. It’s okay.