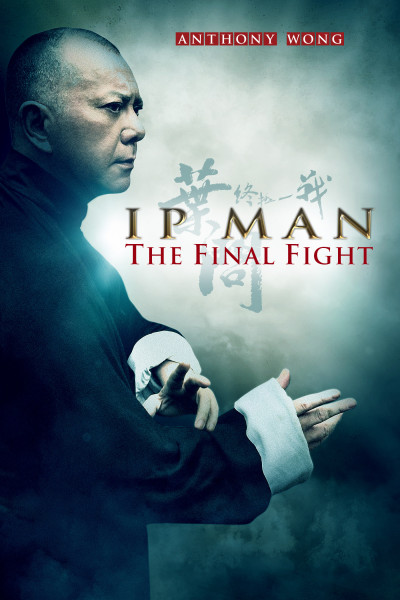 Plot: Ip Man (Anthony Wong) is a kung fu teacher trying to survive in Hong Kong, which is suffering from a collapsed economy. He finds love and acquires talented students, but must keep said students in line as they find their own paths and he clashes with both rival teachers and dangerous criminals. Does “The Final Fight” even have a real plot?

If you ever visit Hong Kong, be sure to check out the Yipsploitation Ocean, a vast body of movies about the legendary Ip Man- or is it Yip Man? Okay, there aren’t THAT many (yet), but I have grown incredibly sick of this trend. The real Yip Man lead a very active life, but most of what he actually accomplished has been either ignored or blown out of proportion in the films which are supposed to be about him. Contrary to what the movies tell you, Ip Man never fought a Japanese general (“Yip Man“), nor did he take on any British boxers (“Yip Man 2“) or Ninja (“Ip Man: The Legend is Born“). His apparent weaknesses, such as his addiction to opium, aren’t even addressed. I don’t expect historical accuracy in my kung fu flicks, but you’d think his film incarnations would at least vaguely resemble the true story. Then again, while his life was interesting, it wasn’t cinema-interesting and that makes the difference. The real Ip Man kicked the crap out of a thuggish police officer, opened a Wing Chun school, trained Bruce Lee and fled from the Communists and Japanese. That doesn’t fill out a full length feature, so while I am critical of the way Hong Kong has exploited him, I do understand that the real story is not enough to adapt into film. This is one of the reasons “Ip Man: The Final Fight” intrigued me. While it would obviously be fictional entertainment like the rest of them, unlike the rest, it would at least try to be based on the actual person- instead of just using his name. Unfortunately, while “Ip Man: The Final Fight” does give us a more human incarnation of the titular character, he’s lost underneath a sea of supporting characters and subplots. The movie does boast some of the coolest production values and fight scenes that the trend has ever delivered, but its scatterbrained narrative is so frustrating!

The main problem with “Ip Man: The Final Fight” is that it has no idea who or what it wants to be about. You’d immediately presume that Ip Man is the protagonist and that is true on a technical level, but he lacks any real character arc or ongoing conflict. Whenever he has to deal with anything, whether it’s enter a rivalry with another teacher or dealing with the death of his wife, it’s explained to us via narration. We never really get to know what he’s feeling. At one point, it’s revealed that he starts taking on wealthy students and there is a rumor that he only will teach those with a lot of money. But how does he react to those claims? We don’t know! As far as I could tell, the narrator was just making shit up and even Ip isn’t aware that he’s sold out. Anthony Wong does a superb job in the titular role, but the character was so detached from the audience that his performance ended up being wasted. This could be justified by saying that it was more about his students and their relationship with him, but that doesn’t work either. Characters drift in and out of the story so quickly that it becomes impossible to care for their situations. The cop was pretty interesting, but he vanishes for large chunks of time. Did they actually change the narrator around the half way point? One guy befriends Ip Man and tells us Ip’s story…until he decides to stop, in which he is replaced by Ip’s son. There’s isn’t enough screen-time for ANYTHING to develop, from the love story, to the father-son dynamic, to his estrangement from his pupils to his conflict with the villain. Nothing makes sense because we never really understand ‘why’ these people act like they do. When Bruce Lee shows up at the ending, Ip Man is acting kind of rude, but his words are so cryptic that it’s hard to tell why. Some of the segments are pretty interesting in themselves. I liked the rival teacher bit with Eric Tsang. I even dug the whole ‘Dragon’ deal, as cliched as it is. But those tales don’t fit in with the overarching story. The justification for this is that “Ip Man: The Final Fight” has an episodic structure that wants to focus on various parts of his life- not one individual conflict. There are two flaws within this logic. The first is that it only works if it was historically accurate, which this is not. Most of these events are 100% fiction, even if they’re more grounded in reality compared to previous Ip Man flicks. The second is that Ip Man himself needs to be the core, meaning we need to follow him on an intimate level. We need to understand all of his feelings and actions, WHICH CANNOT BE SPELLED OUT TO US VIA A NARRATOR. 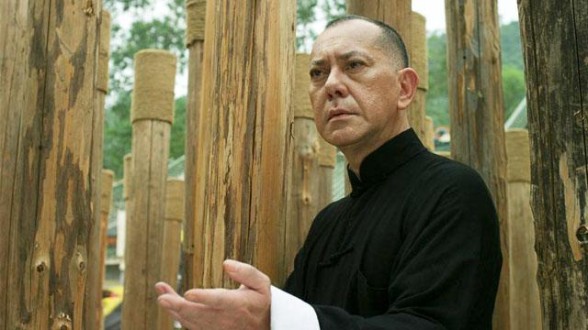 The funny thing is the writer is not without talent. I liked a lot of the philosophy, dialogue and felt she did a superb job at setting up interesting characters, situations and scenarios. She just struggled following through with them. The weaknesses within the screenplay for “Ip Man: The Final Fight” were foreshadowed in her previous venture, “Ip Man: The Legend is Born“. Also returning from that movie is director Herman Yau, who went from helming gruesome exploitation films (“The Untold Story“) to classier epics such as this. The production values are top notch and Yau utilizes these resources in recreating the time period. Everything looks and feels authentic, while the cinematographer captures some breathtaking shots in the process. There are also some inspired compositions, such as when Dragon (the villain) is introduced using old fashioned newsreels. He also knows exactly how fight scenes should be filmed: At the right distance, where every movement can be captured in frame. When the camerawork starts becoming fancy, it actually benefits the fight. I was surprised at how advanced much of the choreography was and how the actors managed to sell every kick, punch, grapple and block despite lacking a background in the art. I primarily refer to the great Anthony Wong, who is an icon within the genre despite never having formally trained. You wouldn’t be able to tell by just watching him though. I’m not sure if Eric Tsang has ever studied. He has been in plenty of kung fu flicks, but this is the first I can think of where he actually fought. Regardless, he is superb within his limited screen-time. This isn’t an action packed movie, but a lot of effort was put into choreographing and filming these fight sequences and it shows. The finale, where the hero and villain clash during a FREAKING TYPHOON was just downright brilliant- even if Ip Man was a bit too powerful.

I really feel like there is a very good movie here, but either the inexperience of the writer or the chopping of an editor caused it to fall apart at the seams. This was a very ambitious project, maybe even moreso than any of its predecessors, but this kind of narrative would only work if there’s enough screen-time to flesh out the various stories. It is possible that even though I’ve been harping on the writer, she could’ve penned a great script that was butchered by either the director, editor or studio suit. If this was a three hour film, I probably would’ve complained about the length, but I’d like to think that each and every character, subplot, conflict, etc would’ve had more time to develop. Everything would’ve been resolved in a natural and unsatisfying manner, instead of just having everyone abruptly show up for the ending. But the final result feels like a watered down version of something special, while occasionally something awesome would pop up. Unfortunately, the over-saturation of Yip films hasn’t ended as I still have to cover “The Grandmaster“. You know what, maybe I’m being too harsh on the trend. The real Wong Fei-Hung was primarily used as a vehicle for filmmakers to deliver epic action dramas and his real lifestory was usually barely touched upon. I didn’t mind Hungsploitation, so why should I care if they do the same with Yip Man? After all, these films have been exceptional at best and only average at worst. “Ip Man: The Final Fight” is about on the same level of quality as “Ip Man: The Legend is Born“- although in a different way. The latter was an actioner that wanted to be a drama. “Ip Man: The Final Fight” is the opposite, but both arrive at the same spot: Watchable, at times even exceptional, but they could’ve been better.

Violence: Some, but nothing too extreme.

Overall: “Ip Man: The Final Fight” isn’t good enough to win over high brow viewers who want drama. There isn’t enough action to satisfy kung fu fans. But it has enough going for it to at least warrant a rental, although I would keep expectations mild.