THE HOBBIT: AN UNEXPECTED JOURNEY (2012) 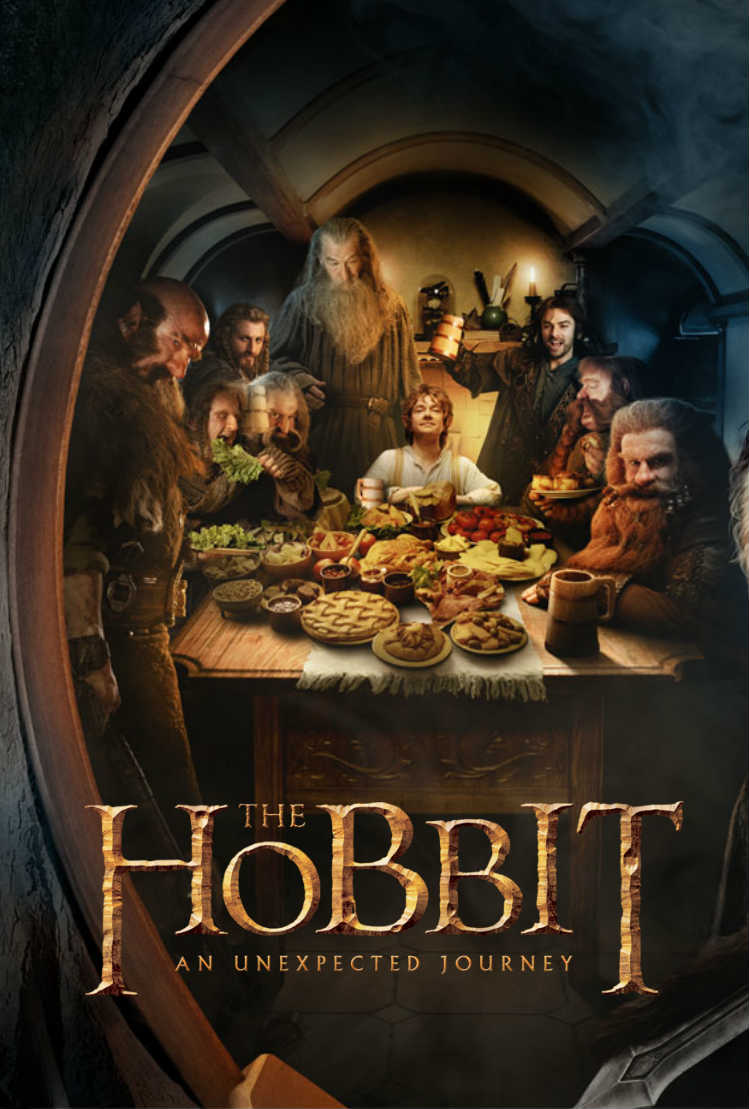 Plot: Bilbo Baggins (Martin Freeman), a Hobbit who just wants to live an uneventful life, finds himself traveling with a pack of Dwarven on a quest to reclaim their homeland. Chaos ensues.

It seems the general consensus surrounding “The Hobbit: An Unexpected Journey” is that it is a disappointment compared to the ‘now classic’ original trilogy. My feelings are rather unique, because while I loved “The Fellowship of the Ring”, I was lukewarm about “The Two Towers” and “Return of the King” (which are usually considered superior). It wasn’t that I thought either of those films were poorly made, it was just that the focus shifted in a direction I didn’t completely agree with. “The Fellowship of the Ring” was more of an adventure, because it followed the travels of a small group. This allowed for stronger characterizations, more comedy, drama and even horror. The sequels were war movies, emphasizing large scale action sequences. Perhaps it’s just me, but watching less than a dozen people fight off countless orcs is far more intense than watching two armies clash. I actually like “The Hobbit” more than the latter two sequels because it is a return to what I liked about the original. Yet I also can’t deny that it is the most flawed of the Peter Jackson-Lord of the Rings adaptations.

Ah, it was nice returning to Middle Earth, and I’m not just referring to the dolled up New Zealand that “The Two Towers” and “Return of the King” tried to pass off as Middle Earth. I suppose it’s expected that the human parts of the world are the most boring. Luckily, “The Hobbit: An Unexpected Journey” instead explores the lands of Elves, Dwarves, Hobbits and Goblins. I was pretty dismayed to learn that more CGI was used when designing the locations, but shockingly, it works. One of the downsides to the original trilogy was that the CGI often contrasted too much with the practical sets. Perhaps it’s just because technology has advanced so much since then, but the CGI present is mostly flawless. The backgrounds were stunning and Peter Jackson has a lot of fun with the wide shots. When we see the conquered Dwarven Kingdom during the prologue, I was amazed at how detailed and vast it was. I’d never seen anything quite so grand. One thing that stood out was how animated the creatures were. They were nothing but beasts in “Lord of the Rings“, from the trolls to the orcs. But these monsters have actual personalities and even though they are often 100% CGI, their expressions are stunningly human. I was especially impressed with the trolls, who are rather funny, along with that fatass Goblin. I’d like to see more of these kinds of characters in the subsequent film. 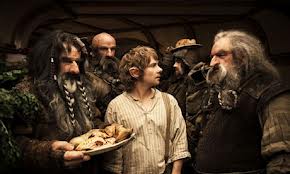 There’s been a lot of controversy surrounding the 47 fps situation, although I’m not too familiar with the technical aspects behind shooting a film. Apparently it’s supposed to remove blurriness during the fast motion scenes, but many have complained that it drew too much attention to the fact that these special effects look like special effects. Detractors point out that the sets seem phony and much of the CGI just looks too digital, but I never noticed any real flaws. The only time the CGI disappointed me was when the Eagles show up at the end, because some shots felt like they belonged in a high tech video game, not a movie. Yet you should be aware of the criticisms and keep them in mind yourself. I personally felt that the 3D was sort of useless. There are times when it does add depth to the visuals or will have something fly at you. Props to “An Unexpected Journey” for being one of the only 3D movies to actually make me flinch, which occurred when a flaming pine-cone was thrown at the screen. But otherwise, I barely noticed anything. It adds a little to the experience, but I don’t know if it’s really worth paying the extra $3.

But my favorite aspect was the sense of adventure. I felt like I was Bilbo, being part of this journey and exploring this world along the way. Peter Jackson delivers plenty of slickly choreographed action scenes. But not only are there a lot of battles, there is also a feeling of wonderment and awe. The music and cinematography work together with the special effects, which amplifies the experience. The tone is rather lighthearted and amicable, while the comedic moments had me laughing. It’s cheesy, but delightfully so. But at the same time, it can be creepy. Granted, nothing in “An Unexpected Journey” was as scary as those Wraiths, but a few moments involving those spiders or the necromancer are rather spooky. How is it that “The Hobbit” works more as a horror film than most horror films, even though it is not a horror film? Throughout all of this intensity, comedy and marvel, there is a lot of action and drama. It genre-bends masterfully.

So why am I not in love with it?

As I eluded to before, “The Hobbit: An Unexpected Journey” is the most flawed of the Peter Jackson-“Lord of the Rings” movies. While the characters work as a unit, they fail to stand out as individuals. This is a problem with the source material too, but considering the running time, they should’ve spent more time on fleshing them out. I was actually looking forward to the scaled down story, but Peter Jackson screws it up by making too many allusions to his previous trilogy. It’s not fair to compare “Lord of the Rings” to “The Hobbit“, because one is designed to be more epic than the other. But Jackson forces us to do this by constantly foreshadowing the War of the Ring. With all of this building up to a conflict that will envelop all of Middle Earth, the tale of some dwarves trying to reclaim their kingdom seems insignificant in comparison. They should’ve exclusively focused on the quest, then I wouldn’t have bothered drawing up comparisons. Furthermore, the structure is very episodic, so having an overarching plot that the characters don’t even interact with makes the narrative seem flimsy. The interactions with the trolls, goblins and rock giants now come across as padded filler in the process. Either be episodic or stream-lined! You can’t do both! Everything in the original trilogy tied in neatly to the tale of the ring. I’ve yet to see a connection between Sauron’s growing power and Thorin’s quest. Maybe it will wrap up nicely by the third movie, but I am not reviewing “The Hobbit” as a trilogy. I am reviewing it as a single film. Bilbo, the protagonist, is strangely absent during a lot of the middle block too. Outside of acquiring the ring, he doesn’t have a major role in “Lord of the Rings“, so the Sauran subplot takes away from his part in the story. The pacing is rather choppy too. While the last two sequels started to run out of steam near the finales (especially with “The Return of the King” refusing to ending), this one shows signs of fatigue before the half way point. This doesn’t mean that “An Unexpected Journey” was boring, but I often did get impatient with it.

So Peter Jackson made some mistakes with “The Hobbit: An Unexpected Journey“. He did NOT need to tie in “The Hobbit” to “Lord of the Rings” so closely, which only made the differences in scope between the trilogy and “The Hobbit” all the more noticeable. It fattened the running-time, ruined the pacing and mucked up the episodic narrative. Yet at the same time, I still thought it was a rewarding experience. I laughed, I sniffled, I cringed, I gasped, I chewed my nails in anticipation and squealed like a little fanboy. There’s a great movie in here, but the lack of focus means that it has to settle with just being good. But I suppose that’s enough.

Overall: “The Hobbit: An Unexpected Journey” might be weaker than the trilogy, but it’s certainly worth watching if you’re a fan. If you’ve never cared for this franchise, then don’t bother.