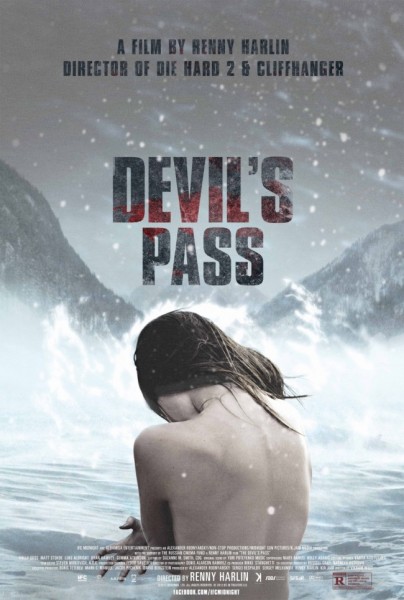 Plot: A group of film students travel to Russia to do a documentary on the ‘The Dyatlov Pass incident’, where climbers all died under very mysterious circumstances back in the 1950’s. As they get closer to the truth, the more danger they find themselves in.

When I heard that there was a movie about the Dyatlov Pass Incident, I immediately punched myself in the nuts four times as punishment for not knowing it existed. I’ve always been very interested in that real life mystery, where a group of experienced climbers had all perished under bizarre circumstances. Why were they naked? Why did someone cut their way out of the tent? Why was someone missing their tongue? Why was there radiation on their clothing? Why did their bodies take so much damage without any soft tissue injury? The theories surrounding this event include yeti’s, aliens and Government conspiracies. The problem is that every possible scenario has holes in it. It could’ve been an avalanche, but how did their foot prints survive? We don’t know, which is why it’s so terrifying! I was convinced that this had so much potential to be a great horror story. But then I saw that Renny Harlin was attached and…shit…As much as I love “Cliffhanger“, I’m not sure that films’ greatness surpasses the badness of “The Legend of Hercules“. Furthermore, lately he has been helming movies he has no business directing. “Mindhunters” could’ve been a good flick if it had a director who didn’t rely on flash and action movie pacing, which doesn’t work for that kind of story. But that’s all Renny Harlin can apparently do! So you think a director who doesn’t have a subtle bone in their body can helm a found footage horror flick? A style that requires slow burn pacing and subtle scare tactics? My erection, which was hard and firm at first, withered into an undead zombie worm…In the end, it turns out that Renny Harlin wasn’t his own projects’ biggest enemy. “Devil’s Pass” isn’t a terrible rip-off of “The Blair Witch Project“, but it made me realize that the Dyatlov Pass Incident was only scary because we don’t know what really happened. If you fill in the holes, whether it’s a natural or paranormal explanation, you destroy what makes it so frightening.

The problem with reviewing a movie like “Devil’s Pass” is that it’s kind of average. It’s sort of creepy in areas, but it’s never nail bitingly terrifying. “The Blair Witch Project“, which this films emulates in terms of structure, freaked me the f@ck out. “Devil’s Pass” has moments where my breath would slow down and I’d pay attention to the screen, yet it’s never scary. I thought Harlin did a solid job at building up this mystery, having a decent grasp of creating suspense. The best part was the cinematography. The shots of those snowy mountains are gorgeous, but also pretty haunting. The camerawork is so steady that it’s easy to forget that this is a found footage film…which is both good and bad. The good news is it usually is not disorienting. The bad news is…why make this a found footage if it looks like it was shot by a cinematographer? Isn’t the point of ‘found footage’ to create a feeling of rawness? To have the viewer experience the terrors through the eyes of the characters? But at least until the finale, “Devil’s Pass” wasn’t giving me any headaches. That’s nice… Furthermore, while I can’t say the narrative was ever really intense, this was a fairly quick watch. I was never bored. As for the characters, they weren’t especially interesting or realistic, but I didn’t find any reason to hate them either. None of them got on my nerves, although they do some REALLY stupid things in order to drive the plot. As usual, there isn’t much justification for them to keep filming, but that’s found footage for you…The acting was acceptable, but no one really stands out…much like the majority of the movie. 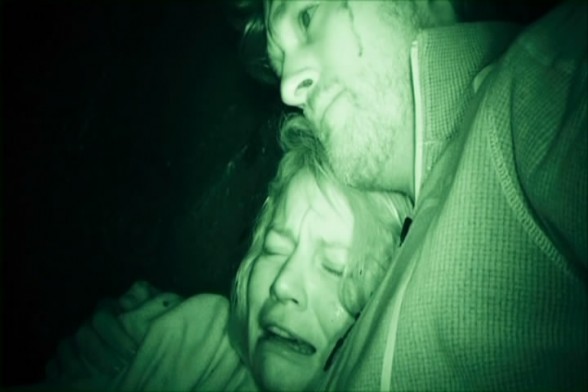 Unfortunately, the ending just sucked. As a contrast to the previously ‘too professional’ camerawork, everything becomes so erratic and hard to follow during the finale that I was nauseous. Even worse, the ‘villains’ are rendered using laughably bad CGI. Apparently the original victims of the incident were murdered by shitty special effects. I couldn’t take any of it seriously, BUT EVEN WORSE, the plot takes a very silly turn that made “Devil’s Pass” kind of a joke. My jaw was hanging open in front of the stupidity I was witnessing. I guess I have to give the filmmakers credit for coming up with something so…originally retarded that I  didn’t see it coming- even though there was a fair amount of foreshadowing. But I couldn’t properly commend the movie because I was laughing so hard at it. Most comedies can’t even achieve this level of hilarity, but since I was able to watch the first two acts with a straight face, I can’t spin this around into a praise- like I could with “General Stone“. It’s just a crappy third act in every possible way.

Once again, the problem with making a movie based around the Dyatlov Pass Incident is it betrays what made the story so compelling. The real life event stays with us because IT IS A MYSTERY that will probably never be solved. If it’s aliens, then it’s just another alien story. If it’s the military, then it’s just another conspiracy story. If it’s a natural disaster, then it’s just another avalanche story. The Dyatlov Pass incident itself is doomed to find itself as being merely window dressing for whatever movie the filmmakers want to make. It’s an unworkable concept, but I didn’t think about this until after I watched “Devil’s Pass“, so I can’t blame whoever pitched this project as it does sound appealing when you don’t stop and think about it. Still, at least the movie itself is 75% watchable and Renny Harlin does prove that he is capable of making something that doesn’t get under my prostate. It isn’t all about flash and it isn’t paced like it’s some dumb action movie. Maybe there is hope for the man after all? Er, wait, this was before “The Legend of Hercules“…so maybe not! Even if the last 25% was pretty shitty and Renny Harlin proved he can go beyond his comfort zone, I honestly felt the film itself was eclipsed by the dilemma of making a movie about the Dyatlov Pass incident. Either you leave the mystery open ended, which would be very unsatisfying, or you explain everything and take away what makes the mystery so creepy. I don’t see what could be done to fix that.

Violence: Rated R- I guess, there is some.

Nudity: None, but there is a decent amount of sexuality.

Overall: “Devil’s Pass” is a pretty mediocre found footage flick, but at least it evades most of the problems I have with the genre. For the most part though, I don’t blame it for underwhelming me, as the Dyatlov Pass Incident is an unworkable concept.