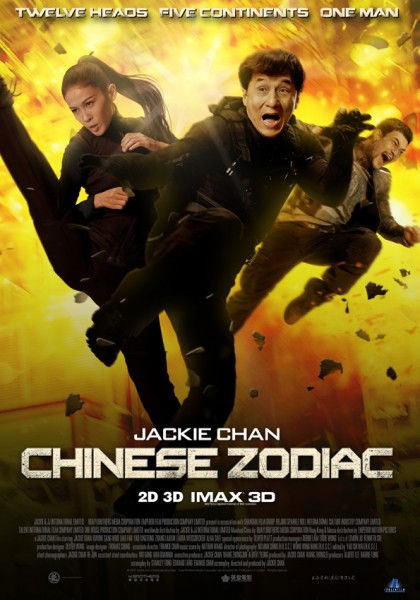 Plot: J.C (Jackie Chan) is an adventurer who specializes in locating and stealing ancient artifacts, so is tasked with finding the twelve bronze heads of the Chinese Zodiac. But the competition varies from deadly to annoying, so it’s going to be quite the struggle.

When Jackie Chan had finally conquered the United States, many of his works suddenly were available and “Operation Condor” was one of many films which I enjoyed. If the internet was around, I had no access to it so I couldn’t learn anything else about the flick other than what was shown on my TV. Sometime later, an “Operation Condor 2“- subtitled “Armor of God“- was released and I recall being disappointed. All I remember was how the production values and camera quality seemed significantly cheaper for a so called sequel. I was confused, but my mind would explode when I later learned that “Operation Condor” was really…*gasp*… actually the sequel to “Armor of God”! What a twist! Apparently the American distributors thought “Armor of God 2: Operation Condor” was more marketable in the west than its predecessor, so chose to release that first and pretend it was a standalone movie (which to be fair, it was). Later on, the original film was released as the sequel because why not? Despite the controversial release, these films were HUGELY popular in China and a third entry has seemingly been in pre-production since…forever…But Jackie was officially challenged to a battle by his advancing age, with the stipulation being that if age wins then Jackie would have to retire, so it only seemed fitting that his final martial arts feature be the much anticipated “Armor of God 3“. Yet for some reason, the project was altered into a quasi-reboot and the title went from “Armor of God 3: Chinese Zodiac” to just “Chinese Zodiac“…because that shit worked so well with “New Police Story“, which did not work very well at all! And now I literally just learned that “Police Story” is being rebooted again! “Chinese Zodiac” was condemned by the critics for feeling like your conventional Jackie Chan movie, albeit with watered down stunts, gimmicks and fight scenes. I technically do agree with the majority of their points, so why did I have so much fun with it?

“Chinese Zodiac” definitely resembles the type of movie that Jackie Chan would’ve made in the 90’s. It’s more of a wacky adventure flick that just happens to have kung fu than it is a traditional martial arts feature. Detractors have made similar comparisons, but in a more negative light. For me, I believe “Chinese Zodiac” works because it relies so much on nostalgia. I think its unfair to complain that the stunts or choreography pale in comparison to what he was capable of in the 90’s because…well, how old is he again? Do these so called real fans want Jackie Chan to get killed or crippled by attempting something that he was lucky to pull off during his prime? I personally thought his hand-to-hand fight sequences were very nicely choreographed, containing everything I desire out of Jackie Chan. Every movement and technique was fast, relying on sheer physical ability instead of sleight of hand editing and he utilizes props, sets and his trademark sense of humor to provide highly entertaining battles. The finale was especially exceptional, with the couch battle being a personal favorite of mine. Now yes, the action isn’t totally dominated by kung fu, but I once again must point you to the 90’s. “Operation Condor“, “First Strike“, “Who am I?” and pretty much every Jackie Chan production within this time period that wasn’t “Drunken Master II” relied more on the exotic locations and gimmicky stunts than it did on fighting. So Jackie has a unique sequence with a skate suit, an airborne confrontation that is technically the final battle and a highly unpleasant encounter with violent dogs in a maze. I found each of these ‘stunts’ to be thoroughly enjoyable and they fit comfortably within Jackie Chan’s 90’s output. 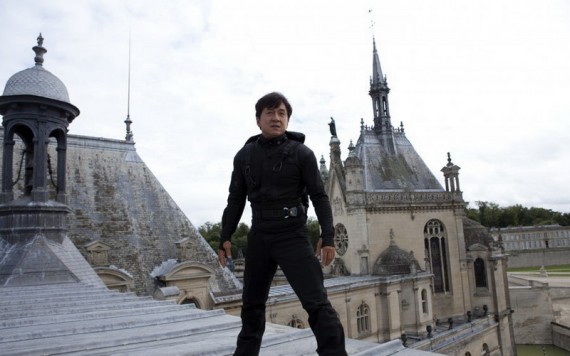 Another trend of Hong Kong cinema during the 90’s was appealing to audiences on an international level, so expect an ethnically diverse cast, a narrative which spans over multiple countries and a blatant exaggeration of whatever different culture our heroes encounter. The French get stereotyped the worst, even though there is a sympathetic Frenchwoman. While probably unintentional, I did feel that “Chinese Zodiac” had a few oddly racist moments. Chinese cinema has the tendency complain about what other countries have done to them while ignoring its own past atrocities. With that said, I think this was a case of botching the actual message instead of pushing a potentially immoral one. I enjoyed all the various sets, locations and gadgetry, especially when it came to our heroes exploring the island. The scenery is gorgeous and the cinematographer captures all of its beauty. Jackie Chan really has become more sophisticated with his style of direction over the years. “Chinese Zodiac” is a nice looking movie and he knows how to properly film a fight scene. I also thought “Chinese Zodiac” boasted a smooth pace, breezily moving from one action sequence to the next. I was thoroughly entertained by all of this. Yet I have to concede that the flick does contain some serious flaws.

There were way too many unnecessary characters, complete with their unnecessary subplots. The script tends to wander based on whatever it feels like following at the moment and nothing is developed enough for the audience to care. Why should I care if J.C hooks back up with his wife, who is barely mentioned? Or why should I care about his rivalry with a supposedly important character who has just been introduced even though it is in the 3rd act? Characters tend to mysteriously vanish at random and are subsequently replaced by new- even more unnecessary- characters. Hell, even the main villain of the story is so underutilized that I never felt any need to hate him…In fact, the majority of the baddies are merely corrupt businessman who might scheme but they’re unlikely to harm or murder anybody. The one antagonist who is set up to be more evil turns out to be an ‘okay’ guy at the end. So why should I care if they get punished or not? When I learned that “Chinese Zodiac” had four writers, I thought that was the problem. Usually having too many writers attached to a single project is a bad idea because each might want to tell a different story. So maybe in one draft, a writer wanted to focus on the family drama between an estranged couple- who both happen to work for J.C. But then another writer wanted to explore J.C’s own failed relationship with his wife, so took out much of that material. And then ANOTHER writer wanted to focus more on J.C’s interactions with the other girls (with whom he has some romantic chemistry), so both of the previous subplots continued to be buried. But instead of removing the remains of what probably were once important storythreads, they chose to keep them in. This could be the reason why “Chinese Zodiac” felt so messy, but apparently I did watch an edited version of the movie. I’ve heard that Jackie had 20 minutes removed for western audiences. If this is the case, then why didn’t he go further? Regardless of the reason- whether it be editing or too many writers- these subplots should’ve either been fleshed out or (preferably) removed. An extra 20 minutes added to the runningtime might’ve slowed everything down though, so I’m glad Jackie took a razor to the film. I just think it would’ve been wiser to do a little bit more trimming.

I also will point out that I found the humor to be just as annoying as it was funny, with lots of over-the-top mugging, women shrieking and silly misunderstandings. But this has always been an issue I’ve had with Hong Kong comedy, so it kind of fits considering these types of gags would’ve also been present during the 90’s. The episodic narrative provided many epic action set pieces, but I feel there needed to be a stronger villain. Wouldn’t the events be more exciting if Vulture was hunting the same treasure throughout the course of the film? So yeah, “Chinese Zodiac” is a little misguided and sloppy. I will concede this. But I did feel Jackie delivered in the spectacle department, which is the most important part of an action movie. I enjoyed the sense of adventure, the colorful locations and the imaginative action sequences- which clearly are the true focuses of this film. I thought it was fitting that Jackie’s final actioner was a celebration of his past works and “Chinese Zodiac” succeeded as a throwback to his past. There’s an ending montage where we see clips of Jackie’s previous films and the man himself says farewell in a voice over. That nearly brought tears to my eyes. Jackie, thanks for providing some of the best action and kung fu flicks of all time. I hope you continue to have success in future endeavors. People who condemn “Chinese Zodiac” simply because ‘Jackie has done better’, go f@ck yourselves.

Nudity: None, although there’s some minor sexuality involving the French chick (Jackie is an accidental pervert). Actually, you see Jackie’s rear end during the ending credits montage as well.

Overall: “Chinese Zodiac” was a fun throwback to the kind of movie Jackie liked to make during the 90’s, yet it’s best not to have unreasonable expectations. Just because it’s a throwback to the 90’s, doesn’t mean Jackie can do everything he could do during the 90’s. But you can accept this, you should be pleasantly surprised. I’d probably say it deserves 2.5/4 stars on an objective level, but I liked it more than that, so will be generous with the rating.